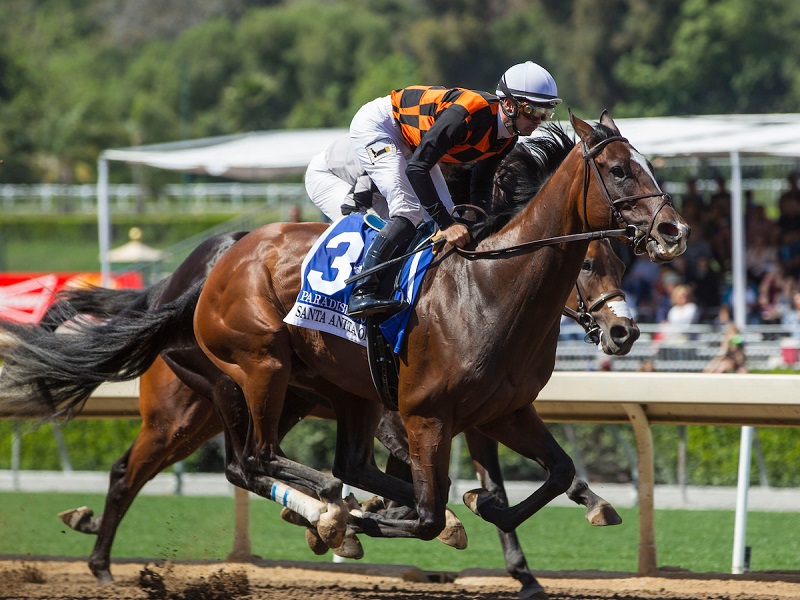 If you’re a horseplayer, odds are you’ve had December 26 circled on your calendar since…well, since you got your calendar. There’s just something magical about Opening Day at The Great Race Place. The time of year certainly helps – the day after Christmas and just before the New Year – but it’s also about the quality of racing and the great wagering opportunities.

Opening Day this year features a superstar showdown between Paradise Woods and Unique Bella in the La Brea, and also showcases the up-and-coming Dabster in the Malibu. The return of Breeders’ Cup Classic runner-up, Collected, makes the San Antonio a race you can’t miss, and a wide-open turf field in the Mathis Brothers Mile should put that race in your crosshairs.

First Post at Santa Anita is 3:00PM ET. Here are just a few reasons you should check out the Opening Day card, as well as my picks for the four big stakes races.

Watch the best races with the best broadcast team in horse racing!

XBTV will be live, on-site at Santa Anita on Tuesday as the action unfolds. Tune in to get the latest picks, analysis and interviews from their all-star group, which includes Jeff Siegel, Aaron Vercruysse, Richie Migliore and Millie Ball. Plus, the broadcast will also feature live bonus coverage from Gulfstream Park.

Watch the show at XBTV.com beginning at 2:30PM ET.

A New and Improved Wager Menu

Plus, Santa Anita is rolling out its new, bettor-friendly wager menu on Tuesday, which includes the following:

Xpressbet customers can make their wagers count even more on Santa Anita Opening Day with our 2 Million Point Split! Simply register for free and play on Tuesday to win your share.

There are two ways to win:

Here are all of the details.