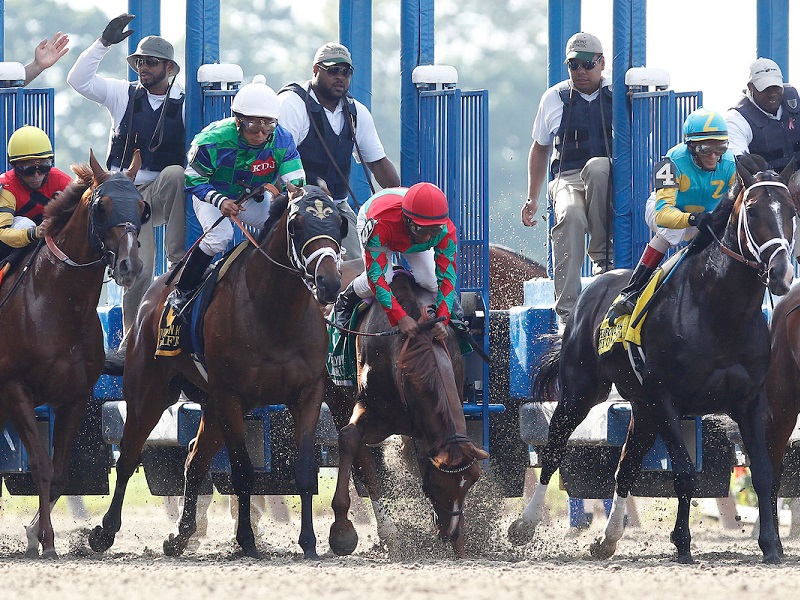 “This game will humble you,” trainer Nick Zito used to tell me – and anyone who would listen – all the time. No matter how optimistic you may be; no matter how brash; no matter how good; horse racing has a tendency to bring you back to Earth awfully quick.

The reasons for the game’s humbling powers are many, but none bigger than simple math. This isn’t the Eagles vs. the Falcons. Half the fan base doesn’t go home happy after each contest. It’s you vs. eight, nine, 10 others in the starting gate. In the pari-mutuel world, you’re sparring against tens of thousands of players with each wager.

Last Saturday, I teed it up in Xpressbet’s Beat the Host and got bludgeoned by the public mob. From the eight contest races, I picked just one mere winner, and it returned five bucks and change at that. Once upon a time, I’d have been totally embarrassed by the performance. But after 30-plus years as a horseplayer, the reaction now simply rates as humbling.

No doubt I wish it was better. And as each pick left the gate and left the racetrack a loser, I’ll admit not every emotion was a slice of humble pie. Like anyone, there was angst, disappointment and some frustration. There were winners in races I handicapped, but didn’t feel confident enough to use in the eight-race contest. There were low-priced chalks I took as contest safety nets that lost. And there were price bombs who didn’t bring their game like I had hoped.

So while there were excuses to be had here and there, and zigs when I could have zagged, the bottom line comes down to making choices and living with them. It’s not much different than what we face as daily or weekend horseplayers. You do the homework, put in the time, come with a game plan and then hope it comes together. When it’s over, you analyze what unfolded and try to take away any lessons that can help you next time.

Losing races may make you want to forget the experience, but if you do that completely, you actually lose twice. There’s something to be learned and gleaned from every race you handicap and watch. Don’t miss the opportunity to review the video and make some trip notes. Try to identify a bet-back horse for next time. Make note of a successful or unsuccessful start or continuance to a pattern worth following.

For me, Saturday’s fourth at Santa Anita was my most confident tab with Ever So True. After being pinched back at the start, she came with a solid effort to finish second and underscore that she was a major threat at the turf maiden special weight level and will remain that way next time. Perhaps more importantly, though, winner Paved absolutely ran away from what I thought was a very strong contender and that gives me a sense that Paved’s graduation was the kind of performance that can be doubled-down on next time on the rise to the entry-level allowance ranks. Saturday’s SA-4 already has the looks of a “key race” to me before anyone runs back, and that will be a useful tool in future handicapping endeavors.

For those of you who Beat the Host last week, good luck the rest of the journey. For the few of you out there who had a worse day than me, keep your head up and keep firing. This is a game of ebbs and flows. I don’t get a second chance in the host’s chair, but you do as contestants and that’s the key takeaway for horseplayers. Today may not be your day; but tomorrow or next week certainly just might.