Too Early for Derby Discussion 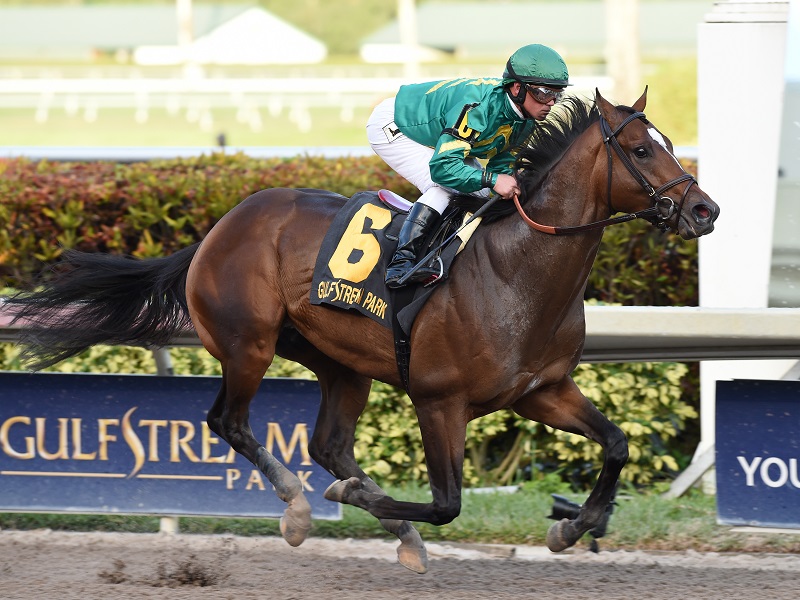 At this writing, it’s freezing outside. Technically, I suppose, it’s below freezing. Way below. Been that way for a while, too. What’s that line, ‘everyone complains about the weather but nobody ever does anything about it.’ Word!

In times like these there’s temptation to look past the current climate and ahead, toward spring and what might happen in Louisville, Kentucky on the first Saturday in May. Count me out. It’s too early. We don’t even know the Super Bowl participants and you want a Derby discussion? Forget it. I won’t indulge. You could sink a battleship in the amount of water that must flow under the bridge between now and the first Saturday in May. There are 25 more races scheduled for prospective Derby entrants where horses can earn points toward a spot in the Derby starting gate! A lot can happen between now and the last of those events—the Lexington at Keeneland April 14.

There’s a complete thaw remedy available, I know, and it involves following the birds…south for the winter. Gulfstream Park is calling and it won’t be long before I answer, in person. Each winter, that Florida track is home to important sophomore races like the Xpressbet Fountain of Youth (March 3) and Xpressbet Florida Derby (March 31). I’d like to witness both in the flesh, suntanned, if possible.

As prelude, Gulfstream served the Mucho Macho Man stakes as an hors d'oeuvre Saturday. No Kentucky Derby starting gate entry points were attached to the race, but it attracted a decent field of runners, including previously unbeaten Dak Attack, from the Dale Romans outfit, and multiple stakes winner Bal Harbour, from the Todd Pletcher stable. Favored over those was the once-triumphant Mask (pictured above), trained by Chad Brown. First out, in October at Belmont Park, despite a tardy start, Mask forfeited his ‘maiden’ designation in effortless fashion at nearly 5/2 odds. Runner-up Navistar returned to win next out to validate Mask’s score.

Saturday, racing at one mile around one turn, Mask won the Mucho Macho Man by more than six lengths and ‘had everything his own way.’ Which is another way of saying he went to the front, relaxed and then drew away without being asked. Critics note that Mask was not pressured at any point in the race and permitted to glide through comfortable fractions of :24 2/5, 48, 1:12 4/5, 1:25 1/5, 1:37 3/5. Ironically, supporters cite the identical as evidence of the colt’s maturity and note that the son of Tapit appeared to have unlimited reserves under jockey Javier Castellano.

From this chair, Mask, of course, must be added to the ‘Sophomores to Watch’ list. He did what was required, effortlessly. Down the road, when more serious questions are posed, he’ll either answer in the affirmative or he won’t. To crown him champ or to dismiss him as chump at this point would be impatient. He’s two-for-two, bred to route, trained by the right guy and based in South Florida—one of the best places to prep for the Kentucky Derby. What’s not to like?

On the left-coast, at Santa Anita, the stakes were a bit higher in the Grade 3 Sham Stakes—a race worth 10 Kentucky Derby qualifying points to the winner. McKinzie extended his unbeaten streak to three races with an impressive three and one-half length romp over 15-1 shot All Out Blitz. The Street Sense colt raced wide early under Mike Smith, moved effortlessly to the lead off the turn and drew clear through the stretch. McKinzie comfortably handled the one mile trip through fractions of :23 3/5, :47 3/5, 1:12, 1:24 1/5 and 1:36 2/5. Hall of Fame trainer Bob Baffert removed blinkers for the Sham in order to relax the colt a bit. While mostly hand-urging through the lane, Smith waved the stick at McKinzie a bit and the colt responded with a few dramatic waves of his tail as if to say, ‘Now, now, that won’t be necessary.’

Not sure how deep McKinzie’s talent goes but he’s another one that, so far, has passed all tests. He needed help from the stewards to win the Los Alamitos Futurity by disqualification, but that’s in the past. What’s important is that he’s progressed nicely since then. Granted, those behind the Sham 1-5 favorite were not the most threatening group but, like Mask at Gulfstream, this colt sufficiently ticked all currently required boxes.

Baffert began the New Year Jan. 1 by unleashing a beast named Ax Man upon a field of unsuspecting foes in a maiden race with unique conditions specifically written to help level the playing field between larger and smaller stables. The race was ‘Restricted to Homebreds and Horses Sold at Public Auction for $100,000 or less.’ Hal J. Earnhardt’s homebred sped to the early lead in :21 3/5, :44 3/5 and drew off to win by more than nine lengths in 1:09 2/5. Ax Man’s pre-race ability was no secret—he was the 1.40-1 favorite—partly because he had worked in company with McKinzie and hadn’t blinked. His breeding and speedy style suggest he may not be as dangerous around two bends as he is around one, but Baffert gets great mileage out of runners like him that possess high cruising speeds. Look for Ax Man to do some sophomore damage along the way.

Forget all that. Like I said, leave me out of this early Derby discussion. And, while you’re up, toss another log on the fire. It’s chilly in here.