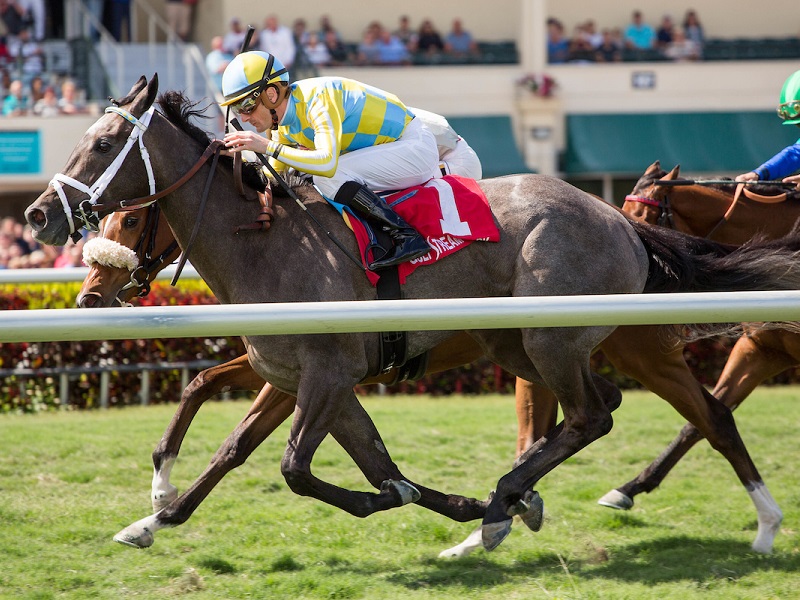 A proven graded stakes commodity and an up-and-comer get the Gulfstream Park late Pick 4 off to an exciting start in Saturday’s ninth race, the Grade 3 Marshuas River Stakes.

Dream Dancing, a Tapit filly trained by Mark Casse, has been a regular in graded races and took home the Grade 1 Del Mar Oaks in August. She also won the Grade 3 Herecomesthebride last March at Gulfstream.

Waiting in the wings is Gianna’s Dream, who just missed in the G3 My Charmer, which marked the second of her two graded attempts for the Mike Maker trainee. She was claimed for $25,000 in 2016 and has climbed the class ladder nicely.

Dream Dancing is the 8-5 morning line favorite and Gianna’s Dream starts out at 3-1 on the board. Each is represented on the $48 suggested Pick 4 ticket here.

Dream Dancing is 2 of 2 over the turf course here. Beforee the Herecomesthebride win, she closed strongly for the win in an optional claiming race. Gianna’s Dream, a daughter of Twirling Candy, lost to talented On Leave by a neck in the My Charmer.