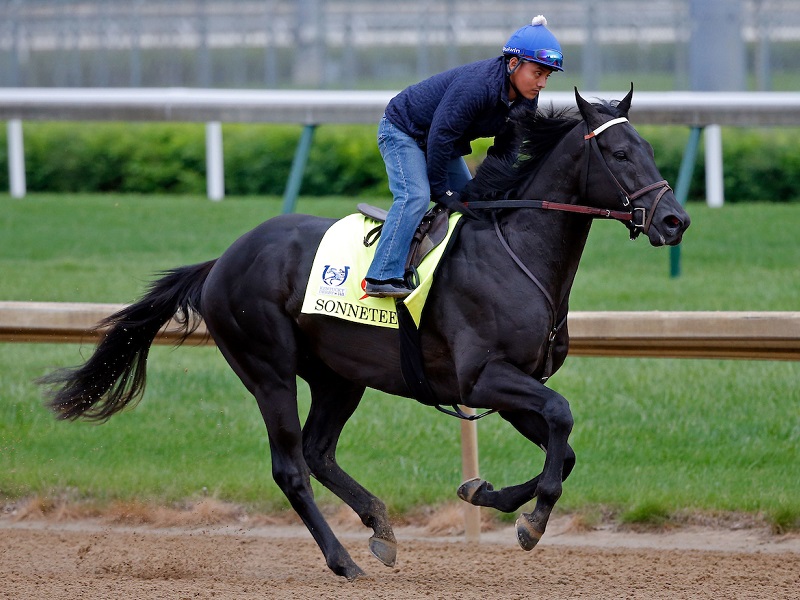 There’s something about your Derby horses that just stick with you. Whether you jump on them early, or even at the last minute, a historical bond between horseplayer and Derby horse is one of this game’s great attractions. I’ll bet you can recall the last several Derby picks you’ve made off the top of your head. Try doing that with your selections last Thursday at Gulfstream Park.

I have this somewhat irrational bond with my Derby horses, dating back more than 30 years. For a column several years back, I listed them all as if they are some sort of historical record. From Bet Twice in 1986 on, they’re like a scrapbook, I suppose, or a stack of baseball cards from your childhood you probably should let go. But, just like that box in the basement stuffed full of Mike Schmidt and Reggie Jackson, I won’t just yet.

Last year’s Derby pick for yours truly came down to a deep closer from Arkansas as I had projected the Derby field to be loaded with 1-1/16 miles horses who couldn’t negotiate the trip. The Oaklawn path rated out strongly and included several who could finish late. Classic Empire, Lookin At Lee and Sonneteer all had that feel about them. For me, it came down to the latter two longshots – Lookin At Lee and Sonneteer – in the ever-elusive chase for the next Giacomo or Mine That Bird.

Instead of opting for Lookin At Lee, who ran second at 33-1 odds in Louisville, I went further down the hero path and tried the 39-1 maiden Sonneteer. How’d that work out? Not nearly as well as Lookin At Lee. Sixteenth, in fact.

So why does my 2017 Derby pick come up now on January 15 the following winter?

Sonneteer returned to Oaklawn over the weekend and won the $125,000 Fifth Season Stakes during opening week in Hot Springs. Just 1-for-17 at the time of his score on Friday, the ’17 Rebel runner-up and Arkansas Derby fourth-place finisher proved once again an affinity for the Oaklawn surface. He paid $61.60 this time around, still a hefty sum for a horse of his past local stakes repute.

The price offers no indictment on the public. Even trainer Keith Desormeaux had admitted he tried just about everything with Sonneteer to little avail. Tapeta, turf or dirt; blinkers or no blinkers. Even the most staunch supporters of Sonneteer – including those crazy enough to put their public reputation on the line and pick him as a maiden in the Kentucky Derby – had every reason to jump ship. (Disclosure: And, in this specific case, I did indeed jump ship.)

Sonneteer winning the Fifth Season Stakes some 7 months after the Kentucky Derby does absolutely nothing to prove any handicapping wit on my part. It doesn’t justify my analysis in post-script. Horses like Point Given winning the Preakness and Belmont after the Derby, that’s how you justify being right in the Derby, but having the wrong racing result.

But what Sonneteer’s return win at Oaklawn does help a horseplayer understand is how we can sometimes plunge into a pitfall. Seven months later, we now know that this is a horse for course, one who clearly does his best work only at one venue – Oaklawn. We don’t have the benefit of retrospect on the first Saturday in May, of course, as the calendar never forgives horsemen who are chasing preparation time, nor does it benefit horseplayers who have to project ahead to 10 furlongs, a wild crowd, 126 pounds and more new elements than any other horserace in America.

There were no reasons or excuses for Sonneteer losing the Kentucky Derby. But after seeing him get back to good form at Oaklawn, at least one handicapper seems to have found some semblance of reason for an otherwise very forgettable pick.