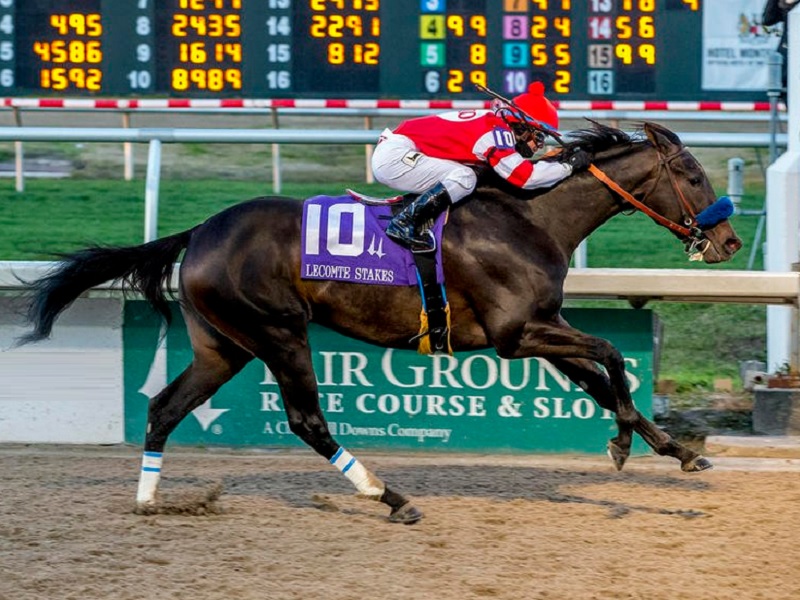 Pardon me. I Have some catching up to do. Yours truly missed live racing action Saturday because he was busy at Lincoln Financial Field rooting hard for the hometown 11.

The Philadelphia Eagles—a team I have spent a lifetime supporting through thick and thin (BTW, it’s been way more ‘thin’ than ‘thick’)—met the Atlanta Falcons outdoors in January cold for the opportunity to advance one giant step toward a spot in America’s most popular sporting event: the Super Bowl! I was concerned about how the game might turn out until a friend relayed the most meaningful NFL trend ever: Whenever two bird mascot teams meet in the playoffs (Cardinals, Seahawks, Falcons, Eagles) the home team is 10-0!

The Eagles won to continue a surprisingly successful season. It figures that the year my Birds qualify for the big game it’s to be held in Minneapolis, MN. Not that there’s anything wrong with Minneapolis nor its twin St. Paul. I’ve been there and I like them…just not in February.

I’m curious, was San Diego booked? Oh, that’s right, they don’t have an NFL team anymore. Los Angeles? They have two teams, but one plays in a high school stadium and the other in a joint built before the second World War. What about Miami? That would have been convenient —fans (me) could arrive for Pegasus and stay for the Super Bowl!

Of course, the Eagles aren’t quite in the Super Bowl (thanks for the reminder). They first must defeat the Minnesota Vikings and that won’t be easy. The Vikes are early 3.5 point favorites and, based on the impossible conclusion to last Sunday’s Vikings/Saints game, it appears Lady Luck’s holding a Super Bowl future wager on the Purple Crew.

There were a pair of sophomore races Saturday—one in New York and one in New Orleans. But despite the obvious common thread we didn’t learn anything ‘new.’ At Aqueduct, Firenze Fire gamely collared a free-running foe in the stretch of the Jerome with a determined late run.  The colt looked best on paper with a layoff since Breeders’ Cup as the only question. In a particularly sticky spot down the backstretch—last and wide against a slow pace—Firenze Fire moved up on the turn under Manny Franco but still had lots to do. Up front, Seven Trumpets, from the Dale Romans outfit, seemed to have managed a jailbreak. Trying more than six and one-half furlongs for the first time in his fourth career start appeared to aid in his undoing. One mile seems farther than he is comfortable running, especially against an accomplished foe. It should be noted that both winner and runner up were well clear of Coltandmississippi in third. Sanford, Champagne and Jerome victor, Firenze Fire is quality, but whether he belongs with the crème of this year’s crop around two turns remains to be seen.

The Lecomte at Fair Grounds also went pretty much according to Hoyle, although yours truly was pleased to see previously unbeaten local favorite Principe Guilherme finish well-back in second. Nothing against the colt, owner Three Chimneys or trainer Steve Asmussen but I’d rather not have to pronounce and write that name throughout the Triple Crown season. Was painful enough listening to fellow pundits struggle with the handle leading up to the Lecomte.

Instilled Regard, previously known as the meat in a Bob Baffert-trained Solomini/McKinzie Grade 1 Los Alamitos Futurity sandwich, disposed of Big Easy Lecomte foes…well…in a big and easy way! Readers may recall the controversial Los Al Futurity disqualification when it was debated whether Solomini, outside, or McKinzie, inside, or both had deviated from respective lanes. Some argued for a rare double DQ. Personally, with no dog in the fray, yours truly maintained that no change was in order because no egregious foul had been committed. Furthermore, in critical Grade 1 events, the writer favors letting the boys ‘play’ a bit more aggressively than usual. Anyway, the colt in the middle, running nearly as fast and determinedly as both original and eventual winners, was Instilled Regard. If a foul had been committed by either Solomini or McKinzie in the Futurity then Instilled Regard had been the unfortunate recipient.

Minus the presence of any Baffert-trained assailants in the Lecomte, Instilled Regard comfortably stalked a sensible but contested early pace, moved solidly and willingly on the turn, gained command in the lane and was drawing away at the finish. On the way home he made a few unscheduled lead changes, perhaps due to unfamiliar surroundings or because of the lengthy Fair Grounds stretch. By extension, Instilled Regard’s Lecomte tour-de-force merely strengthened an already widely-held belief that the bulk of this season’s early soph talent resides on the left coast—mainly in the care of Bob Baffert!

As if on cue, in the Smarty Jones Stakes at Oaklawn Park—part of a Martin Luther King holiday program—another colt that takes lessons from Baffert dominated. Mourinho left the gate in front and improved his position, completely out-running an overmatched group. The race might have been more interesting had trainer Todd Pletcher been able to hail an Uber to get Navistar from Palm Beach, FL to Hot Springs, AR. In hindsight, the way Mourinho ran, it’s probably best Navistar missed the bus.

An interesting side note to the Smarty Jones Stakes was that fellow Hall-of-Fame trainer D. Wayne Lukas saddled Mourinho for Baffert as he watched the race from California. According to a Tweet by Horse Racing Nation, Baffert quipped, “Who would have thought 37 years ago that Trump would be President and D. Wayne Lukas would be my assistant trainer.”

Solomini was second to Good Magic in the BC Juvenile and, as discussed, McKinzie was placed first in the Los Alamitos Futurity ahead of Instilled Regard and stablemate Solomini before winning the Sham at Santa Anita. Past performances show that first time out on September 30 at Santa Anita Mourinho defeated Instilled Regard by approximately six lengths. Now, three-year-olds improve in leaps and bounds and some are better at running distances than others but, based on what transpired this weekend, it’s clear that in the poker game known as the Kentucky Derby Baffert has just flopped the nuts. Stay tuned. ‘Turn’ and ‘river’ cards to come.