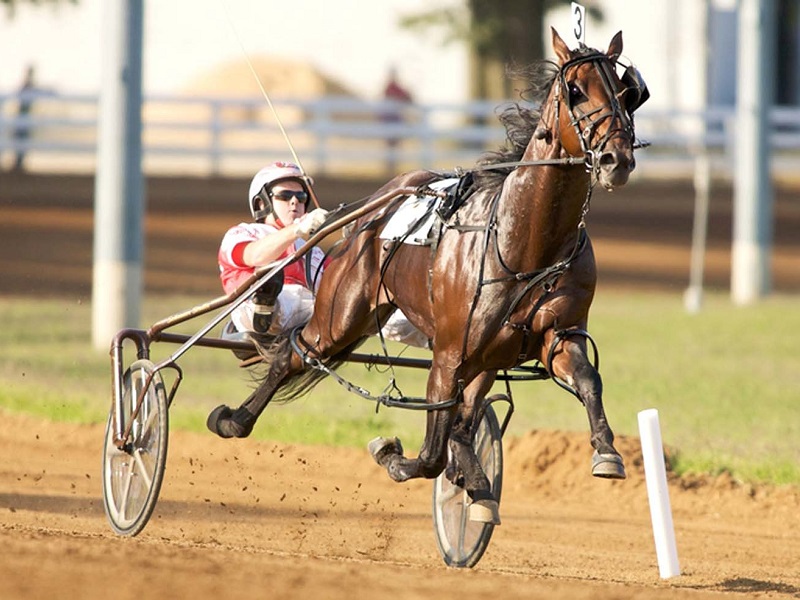 For those who follow harness racing and appreciate a great horse, Sunday January 14, was a difficult day. One of the greatest horses of all-time, Somebeachsomewhere, was euthanized at the age of 13. In late November, the great stallion was diagnosed with cancer, but the prognosis seemed good. Beach had suffered from stomach issues in the past and was having another episode of colic. That's when a small tumor about half the size of a grape was found and removed. After undergoing colon surgery, the best course of action was to start chemotherapy immediately. The connections spared no expense, and did not delay but unfortunately their efforts failed.

The stunningly handsome son of Mach Three out of the mare Wheres The Beach, who was not talented, only raced for two years. But that was long enough to have a significant impact on the sport and in the breeding shed. Somebeachsomewhere earned over $3.2 million, winning 20 of 21 starts in 2007 and 2008 as a two and three-year-old. Beach was named Horse of the Year in Canada and the U.S. in 2008, was inducted into the Canadian Horse Racing Hall of Fame in 2009 and the U.S. Harness Racing Hall of Fame in 2015.

On September 27, 2008, Somebeachsomewhere tied the world record and set a three-year-old record at the Red Mile pacing in 1.46.4. 'Beach took the lead and did it all on his own, he was unchallenged and had only mild urging coming down the lane by regular driver Paul MacDonell.

Maybe the most memorable race for Beach was the 2008 Meadowlands Pace when he suffered his only loss. The race began, and Beach was shuffled and parked beyond the half, and got a very rough trip. MacDonell, in a questionable drive went three wide down the backstretch to get the lead. The first quarter went in .26 and the half was paced in a blistering 51.4 as Beach was parked the entire way. The pace stayed hot as they went to three quarters in 1.19.1.  Down the lane Art Official came out of the pocket and nipped Beach at the wire by a short head in 1.47, which was a Meadowlands Pace record. That was the only blemish for the big horse with a flawless gait and a huge heart.

Besides being almost perfect on the racetrack, 'Beach was an outstanding stallion and was a leader in the industry. In 2016 Beach led all pacing sires when his offspring earned close to $20 million and followed that in 2017 with offspring earnings of over $22 million. Beach has had only six crops of racing age, but they have earned more than $82 million. It wouldn't be out of the question to believe 'Beach could have bred for another ten years.

Somebeachsomewhere was trained by Brent MacGrath who was also part of the Schooner Stable ownership group. MacGrath, was from Truro a small town in Nova Scotia where he was in car sales, and then became the full time trainer of  one of the best pacers ever. He spotted Beach at the Lexington yearling sale and had only $40,000 to spend. When the hammer fell MacGrath purchased Beach for exactly $40,000.

Was Somebeachsomehwhere the greatest pacer of all-time? That's open for some debate but there's no doubt Beach is in the team photo and it isn't a large group.