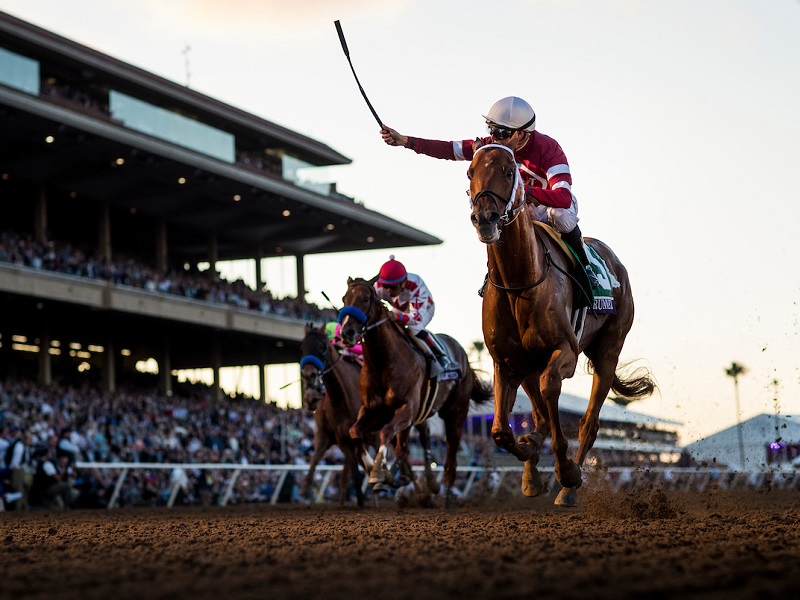 In its maiden voyage, the Pegasus World Cup went from curiosity to classic. Horses can do that for a race. Great ones, at that. When you rematch Arrogate and California Chrome, people notice. Bettors notice. Now comes the challenge of trying to one-up that performance this Saturday at Gulfstream Park.

It won’t be easy. Horses like Arrogate and California Chrome don’t come down the pike every year. As much as last year’s then-record $12 million purse provided clout, a big pot without the horsepower doesn’t fool many. A Pegasus World Cup with Keen Ice favored is, well, maybe a prep for the Donn Handicap in that race’s better years.

It was Arrogate and California Chrome who legitimized the Pegasus World Cup last year, not the purse money. Great horse racing events can stand on their own with subpar fields, but only after they’ve established themselves with superiority. You can still have a great Belmont Stakes feel and handle in the off years when the Kentucky Derby and Preakness winners don’t make the final jewel. That’s what 140-plus years of history and greatness will buy you.

There are no mulligans for a new race. It’s either legit or a joke. Horseplayers and horse racing fans are pretty sophisticated. You can’t give them less, call it more, and watch them fawn over it. Ask the Sunshine Millions. Pitting Florida-breds vs. California-breds in a nationally televised series of races is not the winter’s answer to the Breeders’ Cup. You can’t have Best of the Rest beat Booklet in your inaugural “Classic” headliner and have anyone really buy in that they saw something extraordinary. The Sunshine Millions since has found its niche as a breeders/horsemen’s type of celebration, not a national wagering spectacle.

To create a truly great race, you’re not buffaloing anyone without truly great horses. Arrogate and California Chrome got the Pegasus World Cup off to as impressive of a start as you’ll ever see for an inaugural race. A Gulfstream Park-record $40 million was bet on the card last year. That’s impressive, but even more impressive when you realize it was a 25% increase over the 2016 Florida Derby’s previous record of $32 million in daily handle.

Saturday’s Pegasus World Cup hands the baton to the top five finishers in last year’s Breeders’ Cup Classic. Whereas 2017 bragged about the 1-2 rematch of mega-stars, the ‘second coming’ has arguably more depth while still boasting America’s #1-ranked horse, Gun Runner. And what I appreciate about Gun Runner more than Arrogate is his longevity and name recognition.

Say what you want about the Triple Crown trail and series, nothing in this sport’s marketing power can match the exposure those horses get. Gun Runner, winner of the Louisiana Derby at 3 and third as one of the public choices in the Kentucky Derby, has had name cache for quite some time. Before Arrogate won the Travers in August 2016, virtually no one had ever heard of him. He was eighth choice in a 13-horse Travers at 11-1 and second choice in his own stable (American Freedom was 5-1).

Gun Runner was third in that same Travers, but already had been down the Triple Crown trail and third in the run for the roses. Fast forward to Jan. 27, 2018 when Gun Runner headlines the Pegasus World Cup. He’s nearly 2 full years since his Risen Star win that launched him into serious horse racing consciousness in February 2016. Play that against Arrogate, who like a comet, was only in his fifth month of public awareness when winning last year’s Pegasus World Cup.

In that respect, Gun Runner is a lot more like California Chrome in terms of the PWG than Arrogate. He carries over a couple years of national notoriety and is a star 5-year-old in a game where 3-year-olds are whisked away to breed. That alone makes Saturday’s Pegasus World Cup worth our time, and worth every penny of handle we share.