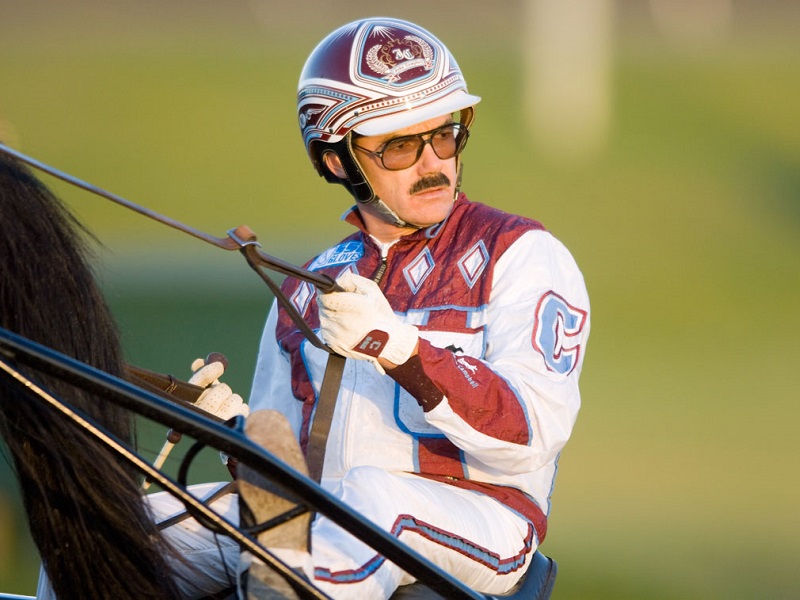 Yannick Gingras, Aaron Merriman and Brian Sears drove to new heights in 2017, but all of their accomplishments took a back seat to a colleague they most assuredly idolized.

John Campbell's retirement is the lead Year in Review story.

"John Campbell is truly the Michael Jordan, Babe Ruth and Wayne Gretzky of harness racing all wrapped into one," said Meadowlands GM Jason Settlemoir. "Nobody has revolutionized our sport more or, more importantly, been a better ambassador and promoter of our industry."

But Campbell wasn't the only driver to make headlines in 2017.

Gingras was the regular pilot for the three leading Horse of the Year contenders, with the winner to be announced next month. He was in the bike when Hannelore Hanover became the first mare this decade to defeat the boys in the $526,250 Breeders Crown Open Trot. He guided millionaire Ariana G to victory in the $500,000 Hambletonian Oaks and Breeders Crown 3YO Filly Trot and Dan Patch Award-winner Manchego to a perfect 2-year-old season. Gingras led all North America drivers with $12.9 million in purse earnings.

Merriman, who split time at the Meadows in Pennsylvania and Northfield Park in Ohio, became the fourth driver in history to win 1,000 races in a year and the first to win 800 races in four consecutive years. He won his third North America dash title in a row with 1.096 victories.

"A lot of things have to go right to win that many races in a year," Merriman said. "When I got it, it was just very surreal."

Sears, 49, earned his due place in the Harness Racing Hall of Fame. His resume includes three Hambletonian victories, 26 Breeders Crown wins, five consecutive driving titles at the Meadowlands from 2005-09 and North America Driver of the Year honors in 2009. The 49-year-old is nearing 10,000 wins in a career that began when he was in high school and his drives have earned more than $183 million in purses.

Sears is the only driver to win the Hambletonian and Hambletonian Oaks on the same day -- and he did it twice -- with Muscle Hill and Broadway Schooner in 2009 and Royalty For Life and Bee A Magician in 2013. He also piloted 2005 Horse of the Year Rocknroll Hanover.