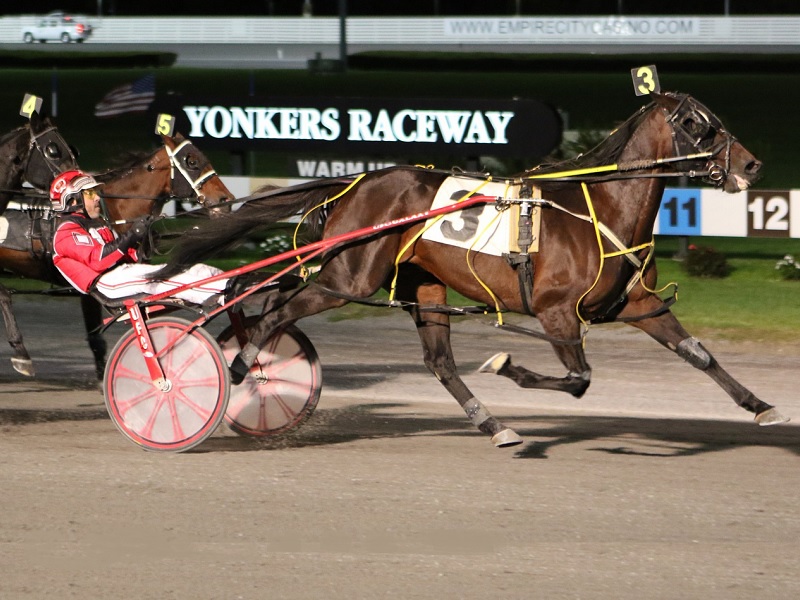 When I started watching harness racing the one aspect that stood out was the blue-collar nature of the sport, featuring hardworking horses and people. In 1975, 1976 and 1977 Rambling Willie was voted Aged Pacer of the Year and he had a folk hero persona. Willie never raced at two and didn't participate in stake races as a 3-year-old but was still able to amass $2,038,219 in lifetime earnings. The gelding raced in overnights and invitational events primarily and had a remarkable record, 128-69-43 in 305 starts.

Rambling Willie retired at 13 in 1983 as the all-time leading standardbred money winner for driver, trainer and original owner Bob Farrington. Harness racing is not nearly as popular now as when Willie did his best work. People would stand in line at malls and shopping centers to get a hoof print autograph from Willie. He raced through many nagging injuries and was a fan favorite.

Foiled Again can not match Willie's win percentage, currently he has 99 wins in 305 starts, nor will he achieve 128 victories. But he will go down in history as the richest harness horse of all-time as his career earnings currently stand at a stunning $7,568,478. Foiled Again blossomed after becoming part of the Ron Burke stable as a 4-year-old. Both great pacers were bought for a modest price. Foiled Again was a $20,000 yearling purchase and Farrington paid only $15,000 for Willie as a 3-year-old.

Foiled Again has an impressive list of accomplishments, including setting a career mark of 1:48 at the ripe old age of nine at Pocono Downs. He was named Pacer of the Year three times but never won Horse of the Year honors. Foiled Again never led in seasonal earnings, but he was like fine wine, better with age. He was the first pacer to have at least $1,000,000 in earnings as a 7, 8 and 9-year-old. Foiled Again was also the first pacer ever to have a $1,000,000 season as an 8-year-old.

Foiled Again is a smaller horse with a giant heart. Many of his wins came after overcoming first over trips. Foiled Again's regular pilot Yannick Gingras will be back in the sulky tonight looking to grind his way around and capture a noteworthy win.
It probably won't be an easy journey for Foiled Again from post #5, as the program favorites starts from the rail, but that's nothing new.

Rambling Willie and Foiled Again didn't achieve so much success by accident. They worked hard, loved to race and as every year passed by, the bigger their heart seemed to grow.

After Rambling Willie died in 1995 Farrington was asked what he saw in Willie others missed. The Hall of Fame driver and trainer answered, "The most important thing about a racehorse, you can't see."