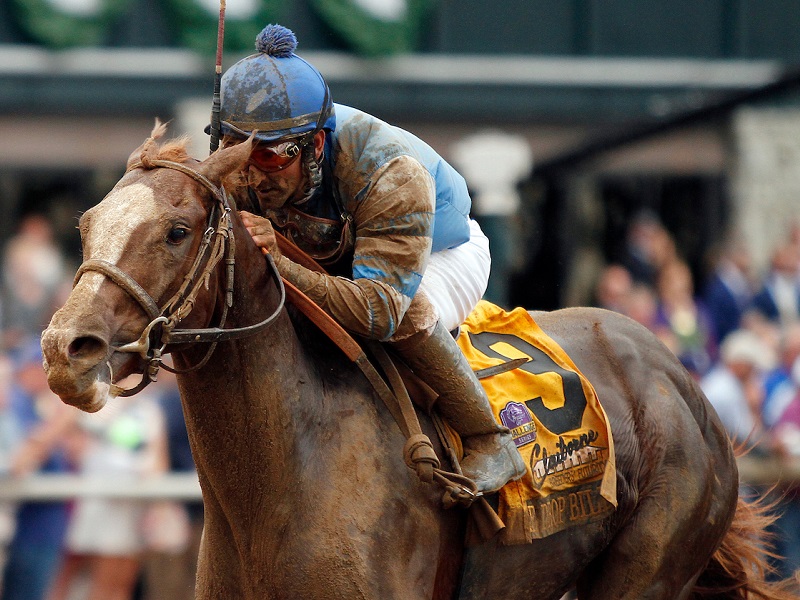 The Pegasus World Cup is in the rearview mirror, and that means three-year-olds are on display for the next few months. And the Triple Crown Trail kicks off in earnest at a number of tracks this Saturday, most notably Gulfstream, Aqueduct and Santa Anita.

Haven’t been paying a lot of attention to this year’s crop? That’s alright. He’s a look at the horses I think you need to have on your radar in advance of this Saturday’s key races.

The Stronach Group is excited to partner with the New York Racing Association to offer a Cross-Country Pick 4 of this Saturday’s top races. The sequence consists of the following races:

Based on my picks above, you can get a good glimpse at who I’m playing. In the Dania Beach, I think you only need to cover to the two favorites – Untamed Domain (8/5) and Gidu (3/1).  In the kickoff leg at Aqueduct, a maiden claiming race, I'm looking at Linda Rice's Daring Destiny (3/1), Greg Matties' Musicality (9/2), Charlie Baker's Barefoot Angel (5/1) and maybe, just maybe the 23rd time will be the charm for Miguel Vera's Catapult Jack (4/1) who has a remarkable aversion to winning.  If you're looking for a bit of a price, check out John Toscano's Tammany Giant (6/1), who adds blinkers and gets back to (hopefully) fast-track sprinting for the first time since December, when he ran the best race of his life.

Look for Cross-Country P4 on the Track List to play!

We’re upping the ante this Saturday at Gulfstream with a 1 Million Point Exacta Split! Hit Exacta Bets ($2 base minimum) on four different races and you’ll win an equal Split of the Points.

Generally races with low-priced favorites are among the most popular in this sequence. I’d be keeping my eye on Strike Power (7/5) in Race 4, Dream Friend (7/2) in Race 8 and Untamed Domain (9/2) in Race 11 to get you started.

Here’s one way to attack today’s Late Pick 4. I think you can go short in the Dania Beach and go deeper around it. Keep an eye on the scratches in the Holy Bull. Assuming Romans doesn’t run all four of his entrants, you may be able to pare you ticket down there, too.