Horses Are 'Dogs Who Don't Bark 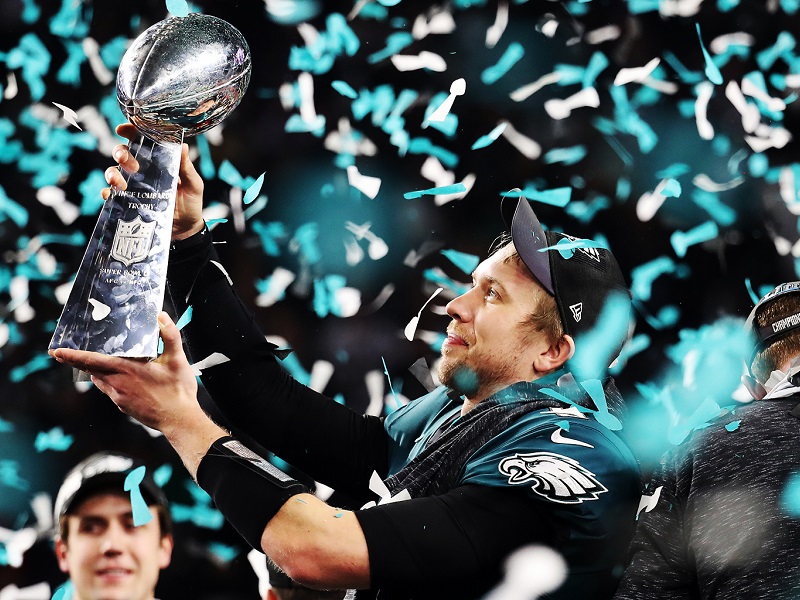 One of the many cool things about horses is the fact they’re not motivated by disrespect. In the athletic world, that makes them wholly unique. They care not about their naysayers or odds. Horses care only where the hay gets hung…and maybe a few other items of pampering.

Sunday night’s Super Bowl postgame brought into focus the role of the underdog and its motivation. You couldn’t get four syllables out of a Philadelphia Eagles player or commentator on NBC without a mention of how they were not favored in any of their 3 playoff victories.

Forget the fact they were 13-3 and top seed in the NFC. An injury to quarterback Carson Wentz may have set the Eagles back in Xs and Os, but it gave them the motivation needed in 2018 to be great. Disrespect is the only thing today’s athlete responds to. Great coaches manufacture it when everyone else is lauding your team.

But horses, they can’t find that mental edge. They just have to train well, have the grace of God smile on their health and frailty and then fire their best shot on raceday. Sometimes that’s not good enough. But even the best Aqueduct railbird heckling them in four-letter flurries can’t get more out of their next performances.

To be honest, I’m growing a bit tired of human sports in that regard. People used to want to be great for the sake of being great. Now, success is just a response to prove trolls, critics and rival fans wrong…maybe a former coach or a teammate who disparaged you along the way. Guys go their entire careers trying to ‘prove’ that they should have been the first point guard drafted and not a second-round pick.

Horses, they don’t know if they’re 2-1 or 122-1. I’m pretty sure even Zippy Chippy didn’t know he sucked. Sure, the great ones have some swagger and know where the finish line is. But they’re not chirping to Marty McGee on Tuesday after the race about what their ex-jockey said about them in defeat. Zenyatta didn’t cry for a rematch with Blame, nor demand he face her on the west coast.

The human disrespect angle in racing comes with whiny owners, an occasional trainer and certainly we horseplayers. But the net result of our dignity being offended by the ‘diss’ never plays out on the field. We can’t translate disrespect into motivation with our racehorses we own or back with our hard-earned.

The Philadelphia Eagles can, and did, use bulletin board material to make them focus harder and train harder than the Falcons, Vikings and Patriots in succession. But if Bolt d’Oro, Good Magic or some other hyped sophomore suddenly becomes a ‘has been’ in the fans’ and/or media’s eyes, they won’t any way of turning that into a positive. They’ll just have to suck it up and get better the old fashioned way.