Thursday Thoughts: Own a Horse, Grow the Fan Base 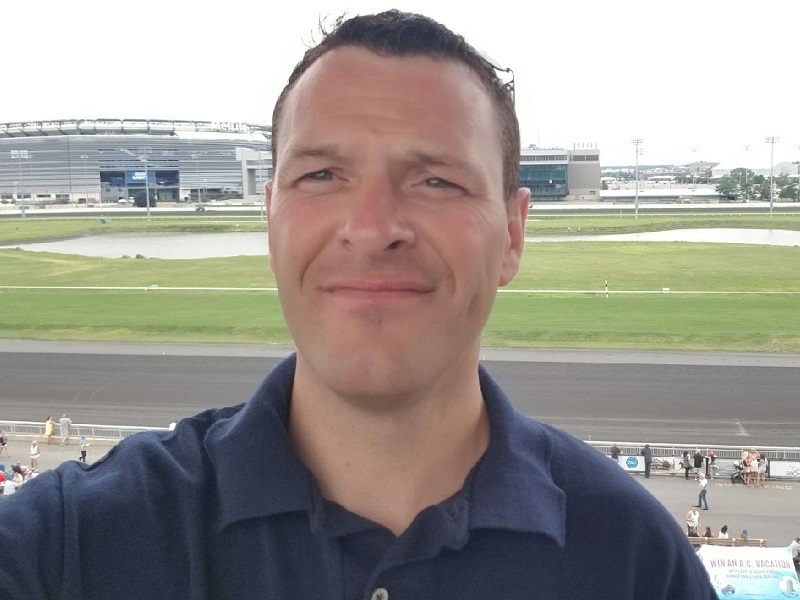 Harness racing as well as thoroughbred racing, should adopt a better marketing plan, one that is based on creating interest in the sport beyond trying to attract new bettors. In 2015, driver Anthony MacDonald began a fractional ownership operation called TheStable.ca with the hope of helping harness racing survive well into the future and to provide for his family.

When I first spoke to MacDonald back in the summer of 2016 he knew harness racing had a limited shelf life unless the fan base began to grow. MacDonald thought the best chance harness racing had to gain popularity was by attracting new owners. The new owners would stay engaged in the sport and could become bettors as well. MacDonald was smart enough to realize his future wasn't only dependent on his stable of horses but rather the health of the entire industry. He knew his livelihood was entwined with the future of harness racing.

MacDonald also knew the biggest obstacle for those wanting to become a horse owner was the cost. So, he designed his operation around giving owners a low cost, limited risk opportunity. Folks could own a single share or 100 shares of a horse and everyone, no matter the size of their investment, would be treated the same.

An interesting feature of TheStable.ca is the marketplace on their website whereby owners can offer shares for sale or put up bids to purchase. The marketplace gives owners the opportunity to adjust their portfolio, either by adding shares or reducing their ownership stake.

The reach of the Internet goes worldwide as do the owners of TheStable.ca. Currently, TheStable.ca has owners who reside in ten different countries. About every two weeks, weather permitting, a training session is recorded by using a drone which flies over the track. Owners can watch the session live on Facebook or at a later time on YouTube. It's a terrific way for those outside of the Ontario area to be kept up-to-date on the progress of horses in training.

MacDonald focused on growing his stable by buying yearlings which he thought fell through the cracks and represented an excellent value. His aim at every sale was to only buy horses he felt were undervalued. MacDonald might sit an entire day without making a single purchase. He was very selective, and his discipline paid off. In 2016 MacDonald's best purchase was a trotting colt named Lawmaker which sold for $20,000 and earned $166,195 as a two-year-old. Overall, TheStable.ca has had great success in breaking yearlings, getting them qualified and racing.

Below is a Q & A session with Anthony MacDonald. I think it will shed more light on his accomplishments and how a fractional ownership stable out of Guelph Ontario can impact the entire harness racing industry.

When I joined the stable in the fall of 2016 you were approaching about 90 owners. You were very confident this type of fractional ownership would grow. But did you think in February of 2018 TheStable.ca would have over 400 owners involved?

Not at all, it's been crazy how quickly this has grown. What it has become in such a short time is really remarkable.

What do you view as your biggest accomplishment thus far?

The biggest accomplishment of TheStable.ca to date has easily been supplying tangible proof to the entire industry that growth in horse racing is very possible.

You have spent a good deal of time traveling and speaking around the country to educate other trainers about this opportunity. As you told me from the beginning TheStable.ca was not started to only benefit your family but to change the harness racing industry. Are you disappointed more trainers haven't tried to emulate your operation?

I think such a seismic shift in business practice takes time. People need help with such a transition, and we are happy to supply that support if needed.

How many horses are in your barn today and how has your staff grown?

TheStable.ca was four people at the start and 15 horses. Today we have 26 people that work under our banner. There are 107 horses which call TheStable.ca home now, and we aren't slowing down. In five years we expect to have 300 horses under 15-20 trainers.

Tell us about the Own A Horse Sweepstakes this Saturday, and the involvement of Hawthorne Race Course in promoting TheStable.ca and Illinois harness racing.

John Walsh (Hawthorne Race Course Assistant General Manager) has been incredibly supportive of TheStable.ca since we first spoke over a year ago. He purchased 10% of two Illinois bred fillies specifically to give them away at Hawthorne. I am excited to speak not just about fractional ownership to the lucky winners on Saturday, but also to Illinois horsemen that may also want to start their own fractional site in the future.

You were one of the biggest buyers in terms of the number of yearlings purchased at the Lexington Sale. What do you envision for the Stable.ca over the next one to three years?

The next three years we are planning on bridging all facets of this industry with the general public. We are doing some really cool things in regard to building content for our current clients and potential clients. We plan on working with tracks that horses from TheStable.ca will be racing at this summer. We set out to bring people into this industry and I think TheStable.ca is really going to open the eyes of the general public to what we truly believe is one of the most affordable types of entertainment in society today.

On Saturday, at Hawthorne Race Course the winners of the Own a Horse Sweepstakes will be announced. The ten new owners will receive two shares of an Illinois bred trotting filly, either Ivanka or Notanangel. The lucky winners will get their first taste of being a horse owner without the burden of any expense as the event is sponsored by Hawthorne.

The ten winners can help grow the harness racing fan base. Once the new owners get a taste of the excitement of harness racing they will likely bring family and friends to attend the races. That's the way to increase a fan base and the handle, by introducing the sport to people who wouldn't otherwise go to a race track.

As MacDonald remarked, it's time to open the eyes of the public to the entertainment value of harness racing. Hawthorne management is hoping to accomplish just that on Saturday night.