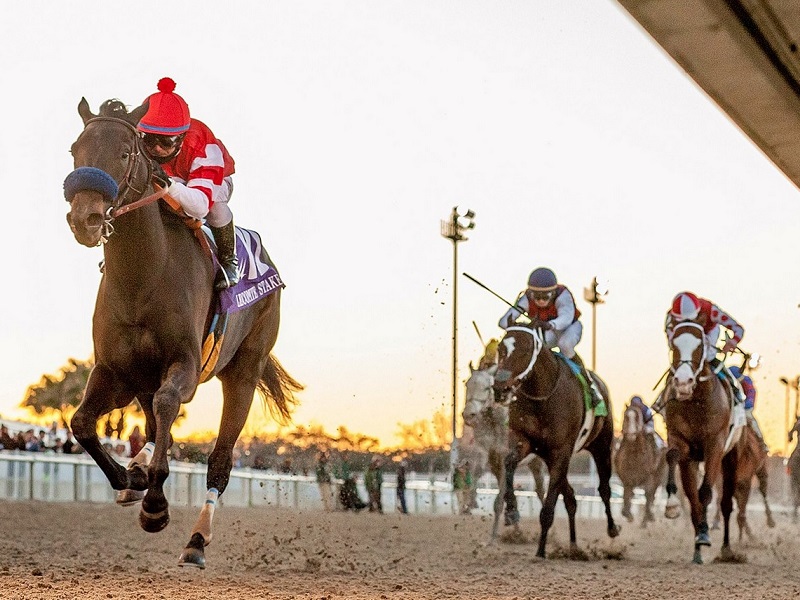 Racing’s spotlight Saturday is on the historic Fair Grounds, and Instilled Regard is favored to take another step forward on the Derby trail as he goes favored in the G2 $400,000 Risen Star Stakes.

There really is not good reason to not use the Jerry Hollendorfer-trained son of Arch in the Pick Three. The $1,050,000 purchase as a 2-year-old is rapidly putting himself among the elite sophomores. Oxo Equine LLC’s runner was workmanlike in his 3 3-4-length win in the G3 Lecomte Stakes in his 1st start as a 3-year-old and 1st appearance at the Fair Grounds.

Hollendorfer appears to have chosen the proper route for Instilled Regard. Whether he sticks it out in New Orleans probably depends on how he finishes in the Risen Star. There is little doubt Instilled Regard has improved as he’s stretched out and he proved his ability to relax from just off the pace in his last two.

The Risen Star is the third leg of the Pick 3 that includes the 7th and 8th races. The 7th is the Grade 2 $200,000 Rachel Alexandra and the middle of the Pick Three sandwich is the Grade 3 $150,000 Fair Grounds Handicap.

Trainer Brad Cox has the 8-to-5 Rachel Alexandra Stakes favorite in Monomoy Girl. She was 3-for-3 and then lost by a neck to Road to Victory in the Grade 2 Golden Rod at Churchill Downs. Cox’s stable is good anywhere and it’s particularly sharp at the Fair Grounds. He’s won 31 of 101 (31 percent) and has this daughter of Tapizar working in very good fashion. She’s been on the track steadily since the first week of 2018 and has a steady and impressive string of practice runs. She’ll definitely be tough in the Rachel Alexandra, but if there’s a time to try to beat her, start No. 1 of the year might be it. She’s the most likely winner but trainer Bret Calhoun has a capable pair of runners in Classy Act and Patrona Margarita, and Mark Casse has a strong filly in Heavenly Love, who disappointed last time but will improve if she’s like anything else lately in the Casse. The favorite is used here, but this is the spread race in hopes of a decent shot that will give this exotic play a boost.

The Mike Maker-trained Galton looks good in the Fair Grounds Handicap. He comes off a sharp 2nd to Tower of Texas in the Colonel Bradley and closed well on soft turf. He’s in good form and fits well in this spot. Cox trainee Mr. Misunderstood goes for his sixth straight win and 9th in his last 10. His latest score can in the Woodchopper here, and he’s definitely a must for the ticket. Also, Catcho En Die, makes his 2nd U.S. start after a runner-up finish at Gulfstream.