What Year Is It? Lukas Set for Another Triple Crown Barrage 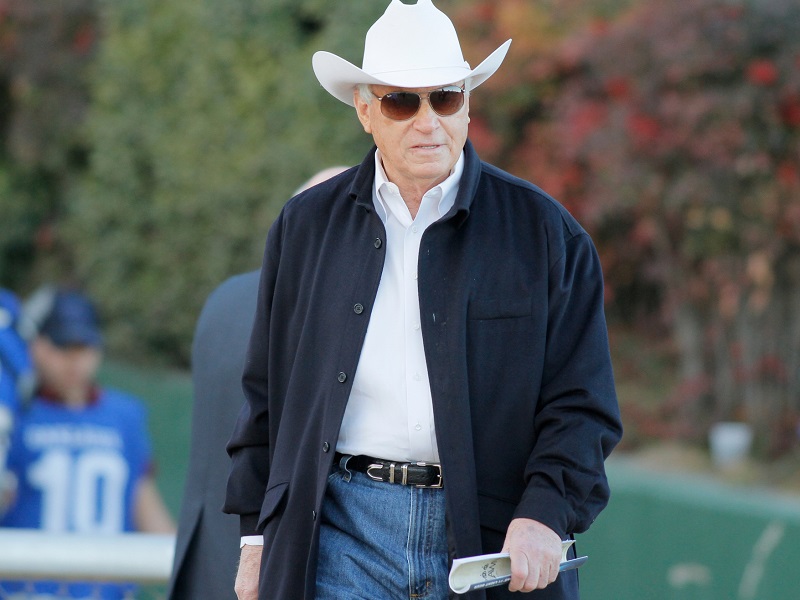 I started following racing in 1995, a year where everywhere you looked, the white bridle was, well, everywhere. D. Wayne Lukas had a blanket across the country in the stakes ranks; from Thunder Gulch, Timber Country, and Serena’s Song in the winter Derby preps, to Honor and Glory, Editor’s Note, Golden Attraction and Cara Rafaela in the salty fall juvenile races, The Coach was a daunting shadow in any and every graded stakes race for 2 and 3yos. Some 23 years later, when his dominant days have long since passed, Lukas is back at it again, with as many as three Kentucky Derby candidates. This handicapper couldn’t be happier.

A Derby horse can come from all corners, and Lukas’ main two, Bravazo and Sporting Chance, both flexed some muscles this past weekend. The former was an upset winner of Fair Grounds’ GII Risen Star, and the 50 points he earned in victory all but assures him of a spot in the Louisville. Sporting Chance, last year’s GI Hopeful winner at Saratoga, made a strong return in Oaklawn Park’s GIII Southwest, when he endured a troubled trip yet fought hard to be 3rd in a race he clearly needed off a September layoff and minor injury.

Bravazo is an interesting study. He was a painfully slow 2yo and built his resume by running 2nd in a painfully slow race, the GI Breeders’ Futurity at Keeneland. He was overmatched in Churchill Downs’ GII Kentucky Jockey Club and finished a predictable 10th in his 2yo finale. But something happened over the winter, something that happens countless times each and every year when a 2yo becomes a 3yo. Bravazo grew up. A lot. He returned at Oaklawn and annexed an optional-claimer in fast time, eons faster than anything he did at 2, which is always a great sign for a newly minted 3yo. And in the Risen Star he proved that run was no fluke, with a game and determined win at a somewhat improbable 21-1. Now 2-for-2 on the year, he’ll wheel back in the local GII Louisiana Derby and suddenly the hunter has become the hunted. Don’t expect him to blink though, because when D. Wayne gets them good, they usually stay that way.

Handicappers usually flock to horses and trainers who have been good to them. With Lukas, it was an immediate bond for me when Thunder Gulch won the 1995 Derby at 24-1, which was not only one of the first bets I ever made, but the first big scores I ever made. As a freshman in college, you can only imagine what a few hundred could and did do. Sporting Chance brought it full circle in last year’s Hopeful, as he turned what was a dreadful Saratoga meet up to that point (which was Closing Day) into simply a break even type of meet, which, as all gamblers know, kind of feels like winning thousands when you come back from the dead.

Things didn’t go as planned after that, and after a minor injury derailed plans on getting to Santa Anita for the Breeders’ Cup Juvenile, Lukas did something that’s a bit rare for him, he backed off. Sporting Chance returned in Monday’s Southwest as a bit of a wildcard. Not only had he not run since September, but he had never gone two turns either. And sure, he was a well-beaten 3rd, but I thought he ran huge, all things considered. He was bumped and steadied around several times while seeking room and seemingly full of run down inside, tipped out off the far turn, was whacked hard a few times in midstretch, had every reason to give it up, but kept on gamely to snag 3rd. It’s the type of run a trainer loves to see with a 3yo making his first start of the year, and the type of run handicappers love to see as well, as they know next time Sporting Chance will be a much sharper individual. That next start comes in Oaklawn’s GII Rebel, but as a guy who has won the Derby four times, the gut says Lukas has the big picture in mind, and Sporting Chance will simply use the Rebel as a progression to get to the big day.

Lukas’ third possible Derby hope is a longshot, but one I’ve been on since he made his debut last June at Churchill Downs. Transgress was an awesome 2nd that day, got injured and didn’t run again at 2, but came back to impressively win an Oaklawn maiden race in January. He’s been busy in Hot Springs since, failing at odds-on in an allowance, his first two-turn start, then running a bang-up 2nd in an optional-claimer Monday, when he poked a head in front late, only to be beaten by a rail bias that existed all day. The run earned him a stakes start in his next outing, and give him a second look when he makes it, as there’s a ton of talent here.

The Kentucky Derby is still over 11 weeks away, but there’s a very good chance D. Wayne Lukas will have a pair of runners, which is pretty remarkable. It’s also pretty darn cool.