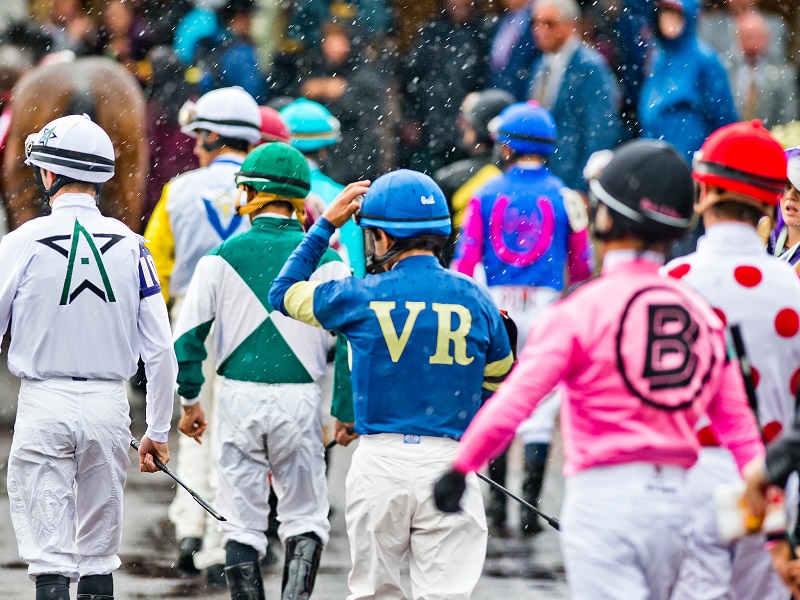 As a four decades-plus horseplayer, former jockey agent, broadcaster, writer, racing official, etc., I'm often asked about the jockey factor--specifically, how important is the rider? It's an interesting question. As you will discover, over the years, my response has changed.

Two years ago, in the company of Hall-of-Fame jockey Javier Castellano among others, I was asked that question. I couldn't resist. I methodically explained how jockeys aren't that important. That the sport is called 'horse racing' and not 'jockey racing" for a reason. And, that since jockeys collect just 10% of the winning purse, that reflects the extent of their contribution.

Castellano, one of the game's true gentlemen, wasn't amused. Who could blame him? I had marginalized his profession, diminished his occupation, insulted the dedication and energy he's invested into a magnificent career.

Of course, I was kidding the whole time. I think Castellano knew it. At least I hope so.

Clearly, whatever the occupation…butcher, baker or candlestick maker, some are better at it than others are. It's that simple. Same is true with jockeys. Some can 'horseback' better than others…and a select few are even better than that.

I considered late Hall-of-Fame trainer Bobby Frankel a friend and as a frustrated jockey agent I once asked him why he wouldn't ride any of my guys in the afternoons? "You know sports," he explained. "One guy hits .300 and the other guy bats .200. Who do you want at the plate? All you ever got is .200 hitters."

I still didn't quite get it. I believed then that if my jocks got the same mounts as Pincay, McCarron, Stevens, Delahoussaye, etc. they'd win races in bunches, too.

I know differently now. Turns out, Frankel was right. There's a real difference between the best and the rest. (Frankel would have loved to hear me admit he was right. Of course, I never would have done that. At least not to his face. His ego required no enhancement.)

The difference between those with 'it' and those without? Again, according to Frankel, "They win because they win." Strangely, it makes sense. Top jocks usually win when they're on the best horse and sometimes even when they're not. And they do it again and again.

On any racing circuit, a new face in the jock's room doesn't arrive pre-wired with mounts from leading outfits. That privilege is earned by hustling in the morning and by booting home longshot winners for in the afternoon. Win often enough on the third, fourth or fifth-best runner in a field and the Bafferts, Pletchers and Browns will come calling, cherry stakes opportunities in hand.

Can a talented jockey make a hopeless horse win? No. But a top jock can make a difference. He's more likely to coax a top performance from a horse than a less talented rider. So, if your horse is ready to run a big race and you want all bases covered, engage a top rider.

That's an important lesson for horseplayers to learn: Top five jocks at any meeting ride a disproportionate number of winners. Why? Because they're more talented than the other jocks in the room and, therefore, they get the best mounts.

In each race, the alert horseplayer notes which horses are carrying top-ranked riders. Just like at the line of scrimmage when a quarterback identifies threatening defenders-the middle linebacker, a blitzing cornerback, etc.-horseplayers ought to highlight entrants ridden by any of the meet's top five riders. It's not to say that those horses are the only possible winners of a race, but a handicapper ought to be aware and give them extra attention.

For example, if you're wagering on Gulfstream Park races you'd better know which horses are being ridden by one of three jockeys: Luis Saez, Irad and Jose Ortiz. Tyler Gafflione and Javier Castellano round out the top five in the south Florida standings and also should be considered. Of course, those jocks don't win all the races. However, they get home first often enough that players ought to pay extra attention to anything they ride.

At Santa Anita, horseplayers need to monitor mounts for Flavien Prat, Rafael Bejarano, Kent Desormeaux, Tyler Baze and leading rider apprentice Evin A. Roman. The latter is approaching a crossroad of sorts and soon will lose 'his best friend'--his five-pound apprentice allowance. Unless he wins early and often, his selection of live mounts will diminish. One apprentice worth watching, though, is Franklin Ceballos. He's won with 4 of 21 mounts at this writing and ought to become a hot commodity in the near future.

A subset of the jockey factor is when a top rider has a successful relationship with a certain trainer, identifiable by an inflated win percentage for the combo. Any rider/trainer partnership that wins at above 20% can be considered fertile; above 30% obscene.

There are many handicapping factors a player must consider before plunking down hard-earned money. The jockey is merely one of them. However, don't underestimate a top rider's influence on the performance of his mount. Also, understand that he's not on the horse by accident. Several insiders considered it a good idea. You should, too.