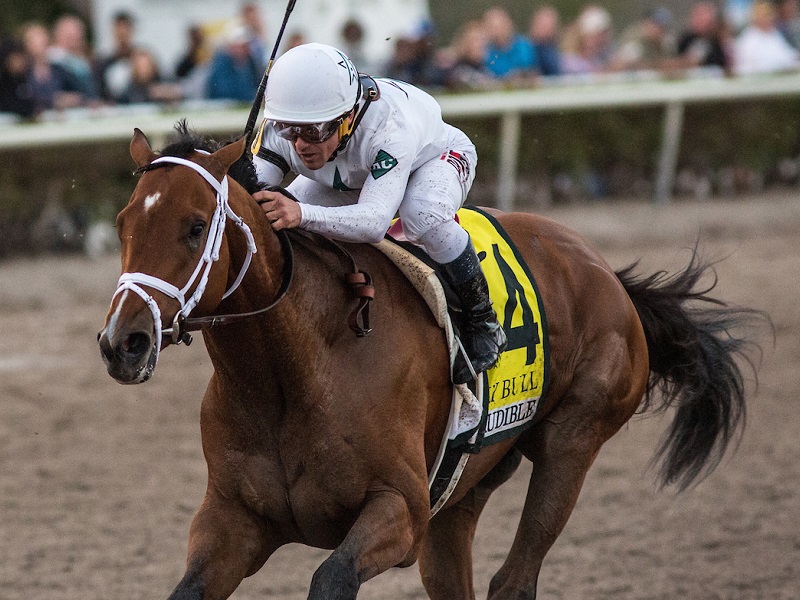 College basketball’s Final Four field is set with Loyola-Chicago, Michigan, Villanova and Kansas. If the Kentucky Derby were run today, who would be your Final Four?

Superfecta players know that’s where the big bucks are on the first Saturday in May. The average super has returned more than $80k in its 21 years offered, including a high of more than $800k in 2005. So, if you’re putting together such a ticket, figuring out who will round out the four slots can be a crapshoot. Ironically this year’s March Madness looks a lot like what you should be looking for the first Saturday in May.

Truth be told, 75% of superfecta slots in the Kentucky Derby the last 5 years have been filled out by horses 10-1 or less on the toteboard. So you’re only looking for one price, and three horses that are somewhat logical, especially considering favorites have won each of those 5 in succession.

Loyola-Chicago is your longshot. And superfecta players know you need a price. They got hot at the right time in the NCAAs, didn’t come from the most likely side of the tracks, and had a lot of great karma in their camp. Who can root against Sister Jean at age 98, right?

Michigan made a lot of sense, a consistent performer from a good region in the Big Ten. These are the kind that are respected; no one is surprised to see them there, but they aren’t necessarily prime favorites going in.

Villanova and Kansas were the real talents. They just needed to run their race and let it take care of itself. They ran the table and are the favorites.

Lone Sailor may be your Loyola-Chicago this year with karma for the Benson family after the passing of patriarch Tom Benson, and from a respected regional outfit like Tom Amoss and running the best race of his career heading into the big dance with his Louisiana Derby runner-up. I also like some horses like Machismo in this role as a lower-seeded team, though he’s come out of a power conference at Gulfstream this winter for lesser-acclaimed connections. He’ll need a Cinderella finish in his final prep to go dancing, as they say, but the stories of karma have yet to surface.

Who plays the Michigan hand as the steady player from a respected position is a pretty open book. This could be Good Magic if he runs good, not great, in the Blue Grass and maintains respect without loading up his bandwagon. Enticed also fits here, unlikely to do enough in the Wood Memorial to be among the top 3-4 Derby choices at post time, but with plenty of respect. You could see Solomini in here with a solid try in the Wood as well. The same goes for Instilled Regard, whom even with a Santa Anita Derby upset likely gets no closer than third choice.

The favorites’ roles are still TBD with the final round of preps, starting with Audible’s (pictured) audition in Saturday’s Xpressbet Florida Derby. Obviously Bolt d’Oro and McKinzie from California fit the playbill there coming out of the Santa Anita Derby in 2 weeks. Perhaps even Justify from the Arkansas Derby in 3 as a red-hot, top-seed.

By this time next week, the Final Four will be all sorted out on the hardwood. But for us horseplayers, it will be just beginning to take shape toward the first Saturday in May.