Stakes 5-Pack Brings Keeneland in With a Bang 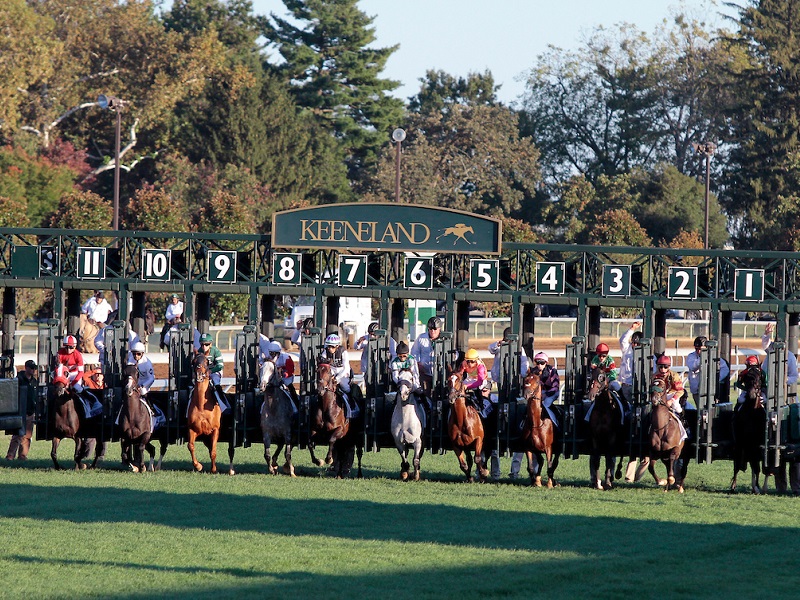 While Keeneland opens their spring meet Friday, the real treat comes Saturday, when a stakes-laden card is headlined by the GII Blue Grass, which will once again serve as a key prep for the Kentucky Derby. A big 300k guaranteed all-stakes Pk5 looms, and while it’s a bit early to put actual numbers down on paper, let’s take a brief look at the main contenders, and who could possibly surprise.

I’m highly skeptical that heavy 6/5 ML favorite #6 Limousine Liberal will be that short by post, but regardless, he seems like the type to play against, as he’s just 1-for-5 locally, isn’t all that fast on paper, and hasn’t run since November. He’s probably worth inclusion, but horses like #2 Behavioral Bias and #5 Conquest Windycity offer plenty more value, have a recency edge and will be much better prices too. The pace looks a bit tricky, but it seems honest, which is why I will be leaning against #3 Westwood, who likely will have to run hard every step of the way and wasn’t all that impressive winning last time at Aqueduct.

I have the utmost respect for #13 Disco Partner, and he’s hands-down the horse to beat, but this post is a concern, as is his lack of speed going a sharp 5 ½ furlongs, not to mentions he enters off a Breeders’ Cup Turf Sprint layoff in November, so you’re allowed to look around for better value. The 20-1 ML is laughable (expect 6/1 or so), but #12 Bound for Nature traded punches with some of the best turf sprinters in the world last summer in Europe and held his own, and he got the perfect comeback last time at Turfway Park, so he’s very intriguing at a nice price. You’d think #5 Bucchero needed is comeback at Gulfstream Park and will improve, while #2 Commute has big figures and runs as a first-time gelding off the July layoff. Lastly, #9 Big Handsome is interesting too, and even though he hasn’t started since October and has the class question to answer, it’s not like Tony D. to run them where they can’t win, and his works sure do whisper ready. Point being, there are others way to go than taking the 9/5 or so on Disco Partner. Before moving on, it is worth noting that turf sprinters don’t get to run for big money like this too often, so the layoff runners could be a bit more cranked than you would suspect for their first start of the year.

If you want to be bold, I think you can single #11 American Gal, even though she hasn’t started since her GI Test tour de force at Saratoga and now meets older gals for the first time. Simply put, she’s a brilliant horse in a race littered with GII types, who have already shown what they can—and can’t—do. Yes, I have a lot of respect for #2 Lewis Bay, who could trip out, #3 Salty, who is finally being allowed to race at the one-turn she’s been begging for all along, #10 Ami’s Mesa, who ran too good to lose in her dirt debut when last seen in the Breeders’ Cup Filly & Mare Sprint, and #12 Finley’sluckycharm, who is a win machine and a local GII heroine too, but none of them have the firepower American Gal brings to the table. That 4/1 ML would be the overlay of the year, but if you single her in the Pk5 (and 400k guaranteed Pk4 too), you don’t need to worry about that, and you have to think Simon Callaghan has her ready to fire off the break, since this is a very important GI.

In what is a two-horse race on paper, I don’t think using both #1 Monomoy Girl and #2 Eskimo Kisses equally does you any good (You have to have an opinion, right?), which is why I’ll be singling the former and using the latter on backup tickets. Monomoy Girl simply decimated the field in the GII Rachel Alexandra at Fair Grounds and has a huge tactical edge on her main rival, as she can be placed anywhere, while Eskimo Kisses doesn’t have a lot of early speed, which is why she came up a head short in the GII Fair Grounds Oaks (which was just 14 days ago too).

Good luck here, as this looks like a real crapshoot, especially if you don’t trust #11 Good Magic, who looked awesome in winning the BC Juvenile then pretty dreadful running a bad 3rd in the GII Xpressbet Fountain of Youth in his comeback at GP. He’s still the most likely winner in what is a very weak field, but at 2/1 or so, who wants him? He’s an “A” for me, but hardly a stand-alone type. I’m stubborn as hell, so I’ll give #2 Sporting Chance another chance, as he’ll offer value and should trip out nicely in a race that doesn’t appear to have a ton of speed. Obviously, you have to use #5 Quip, and #12 Flameaway, who were separated by a length in the GII Tampa Bay Derby and can move forward, with the latter really appealing after running only in spots last time. If I had to lay someone, it would be #10 Free Drop Billy, who won about the worst GI ever when he took the local GI Breeders’ Futurity last year and simply seems second tier to me (though you could argue that’s good enough to win this).

This has the look of a sequence where you can rely on a few favorites like American Gal and Monomoy Girl, while splashing some big prices in too, which is all we can ask for as a bettor when playing a Pk5. Hey, it’s Keeneland, did you expect anything else?