Did We Actually Learn Anything from the Santa Anita Derby? 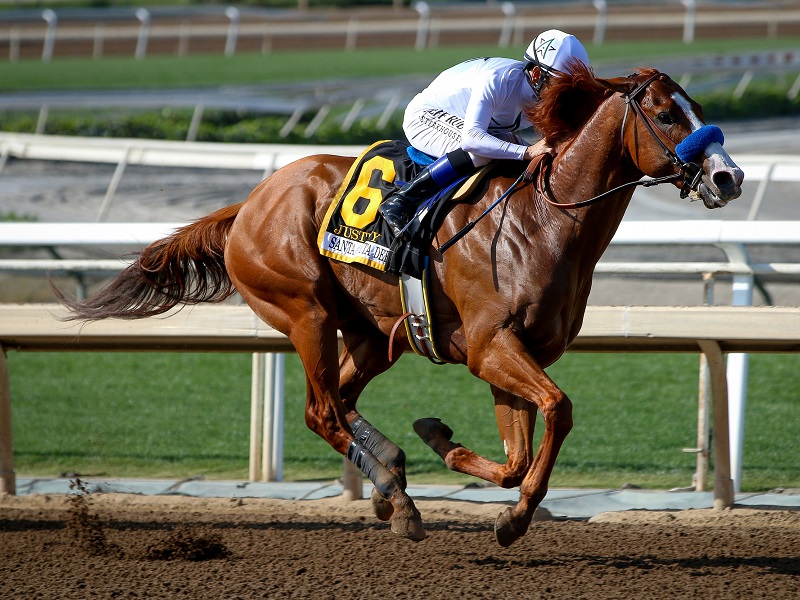 Admittedly, it takes a lot to impress me. But when it comes to handicapping, which turns into betting, I don’t think that’s necessarily a bad thing. And that’s why, regardless of all the superlatives that Justify garnered for his easy win over Bolt d’Oro in Saturday’s GI Santa Anita Derby, I left with just as many questions as I had going in.

First off, let me say right off the top that obviously Justify is one hell of a race horse. There’s little doubt of that, especially after he simply dismantled Bolt d’Oro, who, barring a rail draw, will be my pick to win the Kentucky Derby. The fact he did it in his stakes debut, after being an unraced maiden just a few months ago, further speaks to Justify’s enormous talent. What he’s accomplished in such a short time on the race track is nothing short of meteoric, and I can only imagine what else he’s going to do once he gets even more seasoning and reaches his physical peak.

However, I think far too often that people take the wrong point of view when you criticize a super horse. The fact I’m highly skeptical of Justify’s Santa Anita Derby win and his Kentucky Derby prospects has nothing to do with my like or dislike of the horse. And if you’re reading this blog, you, along with me, are in this game to make some money, which is why it’s OK and then some to have a contrarian view to the masses, as that’s how you secure value at the windows. And while Justify will head to Louisville as a decisive Derby favorite, it amazes me how many people are simply taking the Santa Anita Derby results at face value, even though it will be nothing like the circumstances both Justify and Bolt d’Oro will encountered at Churchill Downs.

The fact Justify wired the Santa Anita Derby shouldn’t come as a big surprise, as he showed a high cruising speed when he stretched out to two turns and beat a bad field in an optional-claimer at Santa Anita in his prior race. But what had to catch everyone by surprise is that he was loose and loping through a 47.85 half-mile, while Javier Castellano aboard Bolt d’Oro, quite shockingly to this handicapper, content to just sit back and watch Justify roll up front. Fast-forward a bit, and it should have been to no one’s surprise that Justify was a very fresh horse off the far turn and through the lane and held Bolt d’Oro at bay by a comfortable 3 lengths.

But again, herein lies the rub. This is now Justify’s third race in as many starts where he got all the best of it, never had a straw in his path, never took a deep breath, and, essentially learned nothing and faced no adversity. What about the way the Santa Anita Derby was run will have any resemblance to how the Kentucky Derby will be run? There’s zero chance Justify if loose on a controlling lead through 47.85 and 1:12.61. And sure, two-back he did sit off the pace, but when a 30-1 named Calexman set a 45.10 half-mile, it’s not hard to just sit there, look over at him, smile as he wets his pants, and then range up and go by in hand and win for fun. There will be no Calexman’s in the Kentucky Derby, and, contrary to popular belief, no one knows what Justify will do when someone, god forbid, actually digs in and makes him work, instead of just caving in badly.

Justify, up to this point, reminds me of another Bob Baffert runner from years ago, Officer. And while the former is about 31 lengths better than the latter, there is one similarity. Officer entered the 2001 Breeders’ Cup Juvenile with a 5-for-5 record, having won those starts (four stakes) by a combined 26 ¼ lengths, and was 3-5 in a deep renewal of the Juvenile. But something funny happened that day at Belmont Park, over the same track where Officer had won the GI Champagne by 5 lengths the month before, mind you. This time, when Officer tried to make his move entering the far turn and put the field away, the field pushed back. And instead of digging in and proving what a fighter he is, he blinked—badly—and came home a well-beaten 5th. For the first time in his career, Officer was asked to lay his body down, and he simply said no thanks. Point being, you don’t know how a horse will respond when asked to dig in, if they haven’t been forced to do so before.

As a bettor, all of this is highly noteworthy to me, and should be to you too, especially since we are talking about a horse who could very well be 2-1 in a 20-horse Kentucky Derby. A Kentucky Derby where rarely does the best horse win, but a Kentucky Derby where routinely trips and traffic play a huge roll in the outcome. Oh, and by the way, did I mention Justify will try to clear the one Kentucky Derby hurdle that has been insurmountable? No horse since Apollo in 1882 has won the Derby without racing as a 2-year-old. The list of failures includes Curlin and Bodemeister, and while the latter did run the best 2nd I’ve seen in my lifetime, he still Did. Not. Win.

And that’s why, at 2-1, I’m quite happy being the contrarian and golf clapping like hell to an absolute freak should Justify feel like beating me.