Let's Get to Work on the Kentucky Oaks 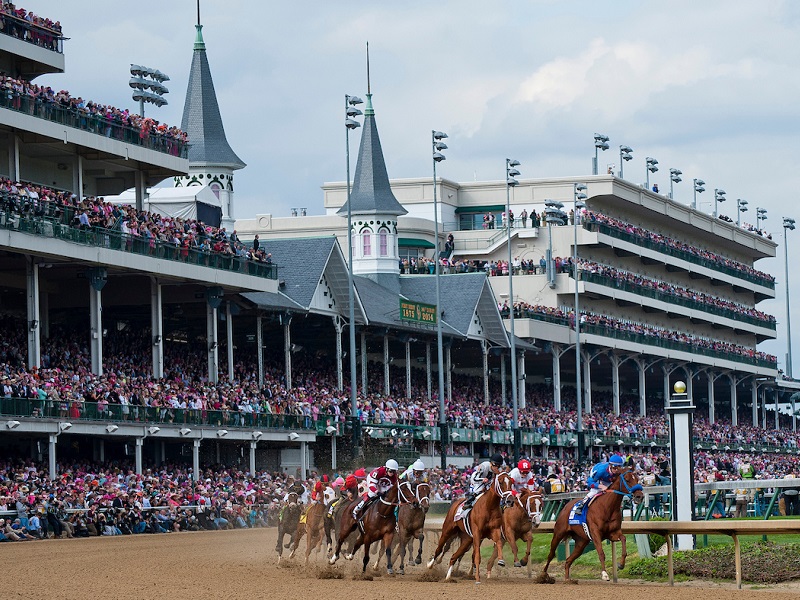 We spend months handicapping and analyzing the Kentucky Derby. But for most, the Kentucky Oaks proves to be a few-day enterprise of research, more like the collegiate cram sessions we once knew so well. But even at that seemingly comprised timeframe, it’s more than we offer most races on the calendar. Let’s be honest: 30 minutes per race is probably somewhere around average for 90 percent of horseplayers that we consider serious.

So with the Kentucky Oaks draw a week away next Monday, it’s time to get acquainted with the fillies who star on the first Friday in May. Even if you’re not digging deep on playing that card and saving up for Derby Day, the Oaks-Derby daily double can prove lucrative some years and worth consideration.

Midnight Bisou: The west’s leading lady after scores in the Santa Ynez, Santa Ysabel and Santa Anita Oaks in succession this year. Jockey Mike Smith won the Oaks last year on Abel Tasman and in 2013 on longshot Princess of Sylmar. Trainer Bill Spawr is not known for his star 3-year-olds in Louisville, but his sprinter Amazombie dazzled on the Derby Day undercard in a 2012 throw-down vs. Shackleford in the Churchill Downs Handicap. The last Santa Anita Oaks winner to add the Kentucky Oaks was Rags to Riches in 2007, though Abel Tasman was second in that prep a year ago en route to the lilies.

Monomoy Girl: While Midnight Bisou is 2 noses from an unbeaten mark, the star of the Midwest is a neck shy of perfection from 6 attempts. She’s won the Rachel Alexandra at Fair Grounds and Ashland at Keeneland in commanding fashion with vastly different running styles. The Ashland produced 2 of the last 3 Oaks winners via Lovely Maria and Cathryn Sophia in 2015-’16. Trainer Brad Cox is about to win his first Keeneland training title and is on a roll.

Sassy Sienna: The “other” Brad Cox trainee to Monomoy Girl, she wintered at Oaklawn and won the G3 Fantasy by a nose while placing in all 3 of the circuits major sophomore filly route stakes. Jockey Gary Stevens’ Oaks victories are far-reaching, Tiffany Lass in 1986 and Silverbulletday in 1999. Oaklawn’s Fantasy produced back-to-back Oaks winners with Rachel Alexandra and Blind Luck in 2009-’10, but none since.

My Miss Lilly: Aqueduct’s G3 Gazelle winner already has a score at 1-1/8 miles, albeit her only try around 2 turns in 4 starts. The Gazelle did produce 2013 Oaks winner Princess of Sylmar. Trainer Mark Hennig has had one of his best winter-spring’s ever with the sophomores, also featuring Swale winner Strike Power on the colts’ side. My Miss Lilly’s sire Tapit was responsible for 2014 Oaks winner Untapable.

Chocolate Martini: Tom Amoss’ prize claim has since won twice at 27-1 and 13-1, including the G2 Fair Grounds Oaks, a historically key prep for the first Friday in May. Since 1997, 8 fillies have swept the FG Oaks and Kentucky Oaks, most recently Untapable in 2014. The FG Oaks also produced more recently 2015 Kentucky Oaks winner Lovely Maria.

Coach Rocks: The lightbulb went on 2 starts ago for this Oxbow filly who lost her first 6 attempts. She’s appreciated going around 2 turns on dirt, winning the Gulfstream Park Oaks in a prolonged move that could set her up for 1-1/8 miles next. The Gulfstream Oaks hasn’t produced a Kentucky Oaks winner since 1993 when Dispute pulled the trick via the formerly named Bonnie Miss. Louisville native Dale Romans has yet to win a Kentucky Oaks.

Rayya: The distant UAE Derby runner-up vs. Kentucky Derby hopeful Mendelssohn was flown to California after the World Cup card to take residence with Hall of Famer Bob Baffert – a three-time winner of the Oaks, including last year with Abel Tasman. Rayya immediately worked like a Baffert horse with a 6-furlong bullet in 1:12-4/5 from the gate on Saturday at Santa Anita.

Wonder Gadot: Last year’s Demoiselle winner at 1-1/8 miles has lost all 4 starts this year, but placed in the Silverbulletday, Rachel Alexandra, Fair Grounds Oaks and Fantasy. There’s no knocking her consistency and durability. Sire Medaglia d’Oro best known for his Oaks winner Rachel Alexandra, and he also had a quite hand with star distaffer Songbird.

Eskimo Kisses: Runner-up in the Fair Grounds Oaks and Ashland, she goes for a Kenny McPeek barn that has had a say in the Oaks last year with runner-up Daddys Lil Darling, who had a very similar resume.

Take Charge Paula: Winner of the Forward Gal sprinting, she was runner-up in the 1-turn mile Davona Dale and lost the lead late as the favorite in the 2-turn Gulfstream Park Oaks to Coach Rocks. Trainer Kiaran McLaughlin aims for his first Oaks and has Enticed in the Derby.

Blamed: She’s won 5 in a row in New Mexico, including a historically soft renewal of the Sunland Park Oaks that lacked the typical big-barn influence from Southern California. Sire Blame did his best work under these same Twin Spires. Plum Pretty won the Oaks in 2011 via a Sunland stop-off.

Classy Act: Pacemaker in the Rachel Alexandra and Fair Grounds Oaks will be part of the early mix, though 1-1/8 miles will push her abilities. Trainer Bret Calhoun’s horses were on point at Keeneland and sire Into Mischief is outstanding with his offspring at Churchill Downs, albeit mostly shorter trips.

Other contenders include Martha Washington winner Red Ruby for Kellyn Gorder, unraced since a disappointing fourth in the Honeybee at odds-on; Florida-based Heavenhasmynikki, yet to go around 2 turns and with plenty more speed for Anthony Quartarolo; C.S. Incharge, kid sister to Preakness-placed Cherry Wine, but coming off a poor Ashland showing; and Kelly’s Humor, late to the party at 3 with a rallying second sprinting off the layoff in the Beaumont for Brad Cox.