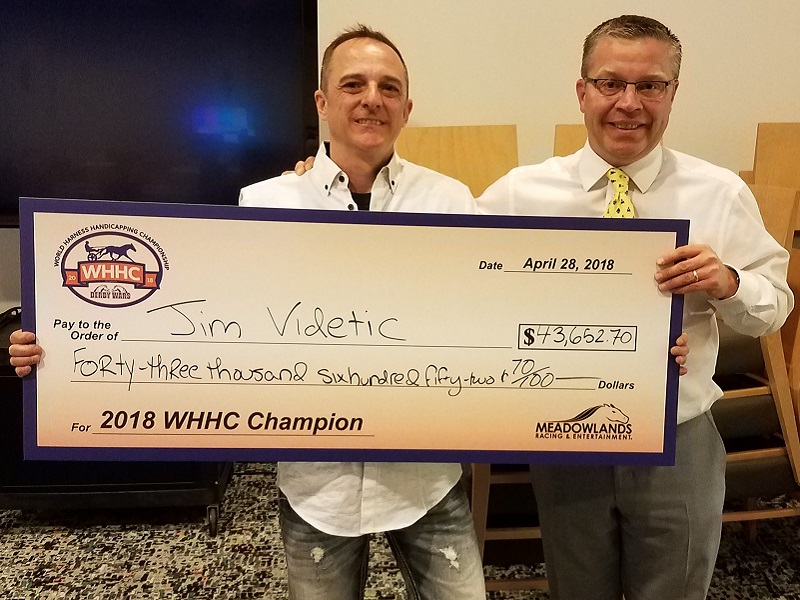 Jim Videtic of Cleveland might not have been too familiar with the racing at Vernon Downs heading into last Saturday, but he is a big fan of it now.

Videtic parlayed a longshot winner at the upstate New York track into the $43,652 grand prize in the World Harness Handicapping Championship that was held at the Meadowlands.

As an added bonus, Videtic finished in fifth place with his second entry, good for another $3,767 in prizes.

Videtic wasn't the only big winner at the Big M last weekend. For the second week in a row, there was one winner in the 20-cent Pick 10 Survivor, which paid $27,252 for seven winners. In addtion, winning bettors shared in a six-figure Pick 4 pool for the second consecutive weekend..

The Championship Meet runs through Hambletonian Day on Saturday, Aug. 4 with a 7:15 p.m. post time on Fridays and Saturdays.