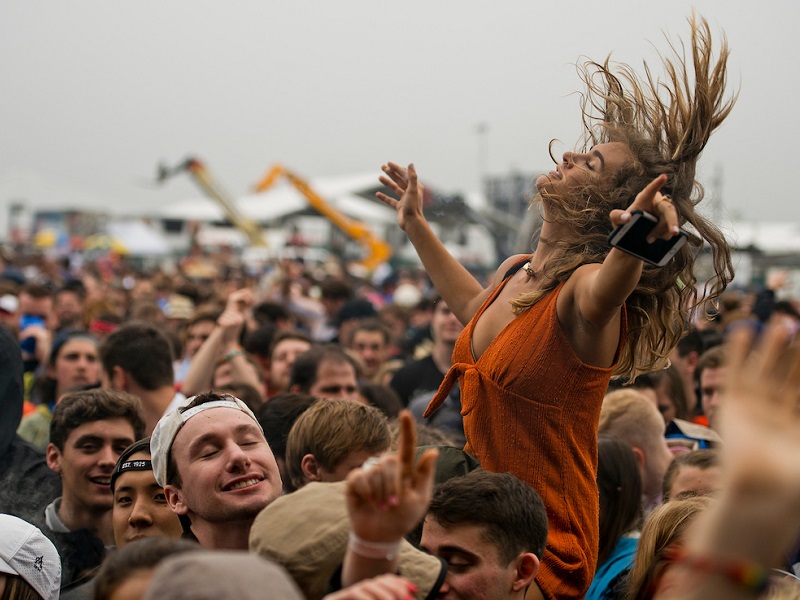 For the eighth time in the 10-year history of Pimlico’s ever-growing InfieldFest at Preakness, my team from Horse Player NOW was assigned the education role to the masses. This year was the wettest we’ve seen, but may also have been among the most rewarding.  Please suspend your perceptions of millennials, runnings of the urinals from 15 years ago and the clichés shown to you on television and learn directly from someone who has literally been in those trenches … a lot.

Friday we taught in The Stronach Group Chalet to a corporate, very high-end audience; then on Saturday moved to our digs to the general public in the Xpressbet Betting 101 Lounge (We call it a lounge now, not a tent … sometimes progress comes in the form of a good marketing name. But in all seriousness, I prefer now calling it betting and not wagering. Don’t be embarrassed who you are.). It was a stark difference in status and demeanor between the two crowds. But once conversation struck, you could have closed your eyes and traded just the text with barely a 50/50 chance to correctly identify which audience we were engaging at the time.

You see, potential bettors and socializers may come in different wrappers, but they identify the same. It takes only a few seconds for a seasoned player development strategist to know whether a new engagement is the type who could possibly be back here next Saturday when the lights aren’t so bright. I found several in both environments, the Chalet and infield, but as expected, the vast majority weren’t future horseplayers. We’re a niche, not the masses. Not everyone at the rave will play chess, nor will you find an opera house full of potential WWE fans.

Around mid-day Saturday, the local NBC affiliate visited our area and gave a great promotion to the cause of what we were doing. And in casual conversation waiting for our live hit, the reporter admitted that they staged their mud shots, asking kids to go diving into it so they could get it just right. That’s TV, folks. They don’t capture what’s happening. They conceive what they think is happening and then go out and either find that perception or have it created to fill the perception. Same goes for local and national.

Did the younger crowd drink a lot and have a big time at Preakness? You bet. We saw our share of staggering sorts and joked at post time that it was time to wake up a few of your face-down friends. But it absolutely was not an ill-behaved crowd.

Here’s what I know DID happen on Saturday:

Some of these attendees were happy to bet Justify knowing full well that $2 wagered would net at most $3 back. Others, not as impressed with paltry returns, were educated on the reason exotic wagers were created and how to capitalize and turn them in your favor as a gambler. Fortunately, we were on Bravazo and Lone Sailor as suggested exacta plays, again cautioning that getting $7 back with Good Magic second is not sound gambling.

Most understood, assumed the slightly additional risk (but for the same investment) and put the pricier horses second. They got back $27 for $2 in the exacta, but let me tell you that hardly any of the folks my team instructed all day were playing $2 exactas in the Preakness.  Slews of my individual ‘students’ were playing $25 and $50 versions, coming to the Preakness with $100-$200 to spend and not interested in betting 14 races. I told them only 2-3 races on the card were strong betting chances, and focusing your bankroll like this as a newbie will help you understand the game better as a bettor. Those playing $25 and $50 exactas left with about $300-$600 profits and a celebration of the big score and seeing history.

The other way we saw how much they were betting was to tie in our free giveaways to those showing us their tickets. If you wanted a free Xpressbet hat or totebag, you had to show us a ticket for the most recent race, or an upcoming race. The amounts on those tickets almost never were $2. While per capita may measure a low number on festival days because such a large percentage of guests bet nothing, absolutely trust me when I tell you that those betting are not spending $40 for the day. To treat a newbie with an interest in the gambling process as a nickel-dimer is flat wrong. They will spend if they have an interest. It’s those not interested upon whom we need not waste our resources.

And as an educator, I vow never to leave the crowd without a history lesson. But we don’t bore them throughout the day with mass lectures. Instead, after Maryland My Maryland plays and the field is introduced, we use that last 6-8 minutes of anticipation to explain how great the game and its people are to an attentive audience that’s the largest of the day. The reaction they gave hearing that Mike Smith was 52 years old and still the top big-money rider of his generation was visibly impressive. Then, D. Wayne Lukas at a mere 83 and heading to the track at 4 a.m. each day got eyebrow raises from those young and old. They were informed that they were on the brink of history that has stood more than a century as Bob Baffert and Lukas were a win away from matching R.W. Walden’s all-time Preakness record. Kids and casuals may not understand Beyers and beaten lengths so much, but they do understand the humanizing of our stars in terms they can relate, and they love to be a part of something historic.

Saturday at Pimlico, Justify treated them to plenty of history and winning tickets. It was a win-win situation, and we were proud to be there once again.