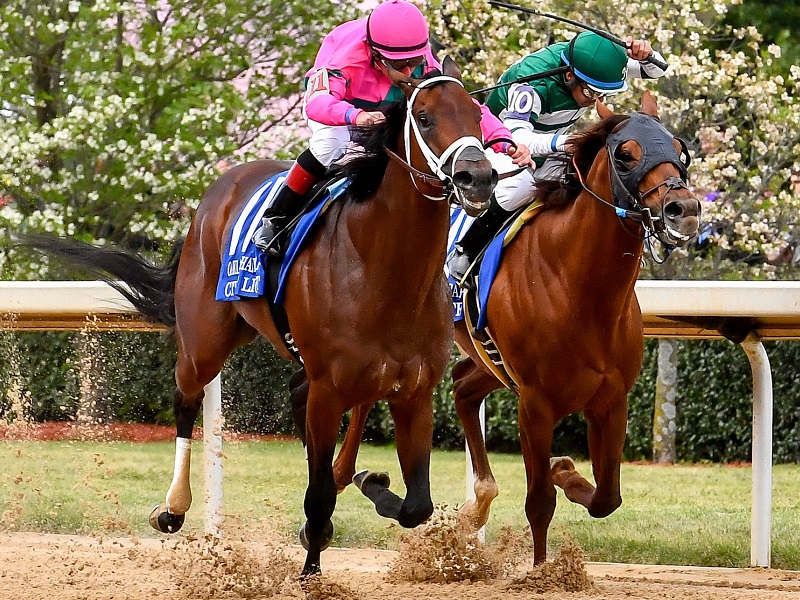 It’s difficult to find a better way to start a Pick 5 than with the Gold Cup at Santa Anita Stakes.

For decades run as the Hollywood Gold Cup, the race was picked up at Santa Anita when Hollywood Park, the grand old racing plant in Inglewood, Calif., closed its doors and was leveled.

And this edition is as intriguing as any in recent memory. The Gold Cup also ends the 1st Pick 5, but the second Pick 5 of the day is tremendous, and what a kickoff it has.

Accelerate, City of Light and Dr. Dorr each come in with powerfully good form.

Accelerate and City of Light knocked heads in the Oaklawn Handicap and City of Light came through with a neck victory at the end of a long, protracted drive. Accelerate came into that one with an easy win in the Santa Anita Handicap, and just prior to that won the San Pasqual. He’s won $625,000 of his total overall earnings of $1.4 million this year, and as a 5-year-old the John Sadler trained son of Lookin At Lucky certainly isn’t losing a step.

City of Light is the “now” horse in the older ranks. The Oaklawn Handicap was just his 7th career start and 1st beyond seven furlongs. The Michael McCarthy-trained Quality Road colt has four wins and three seconds in those seven starts and didn’t make a start until last summer, halfway through his 3-year-old season. He’s taken in $940,600 – including $690,000 this year.

Not to be forgotten is the up-and-comer Dr. Dorr for trainer Bob Baffert. He has not come close to facing this level of competition but believing that he can’t do just that might be a mistake. He’s won three straight and four of his last five, and after toiling mostly in the allowance ranks he’s recently become a class act. His 7 1-4-length victory in the Californian on April 28 was easily the best of his career, which has spanned 11 starts. The 5-year-old Lookin At Lucky gelding has found two turns to his liking. Dr. Dorr was bred by a partnership than included the late television acting great Jack Klugman, who died on Christmas Eve in 2012, a few months before Dr. Dorr was foaled.

All three are on the suggested late Pick 5 ticket here, which begins with the Gold Cup in the 5th and includes the Charles Whittingham Stakes and the Gamely Stakes, along with a pair of maiden races.

Here’s the suggested ticket for late Pick 5 at Santa Anita: