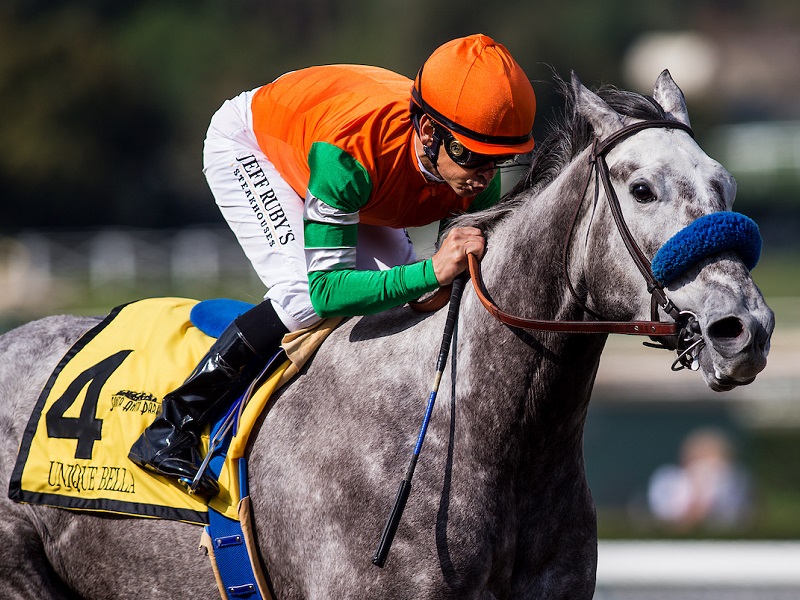 Some fillies and mares can gut out a breakneck pace, some cannot.

Santa Anita’s Beholder Mile Stakes (Gr. I) has a tremendous pair in Unique Bella and Paradise Woods, and their appearance ensures a fast pace in the one-mile event.

If you’re connected to the talented mare Vale Dori, you know the 6-year-old has plenty of speed but probably not enough to keep up with the two fillies that are no strangers to scorching fractions. Vale Dori has set the pace in several races going long, but none of those races presented the necessity to go through ultra-fast splits. She’s in a new ballgame pace-wise, and that might actually work in her favor.

The Beholder Mile is a chance for Unique Bella to get back to winning ways after losing to Unbridled Mo as the 1-to-5 favorite in the Apple Blossom Handicap (Gr. I) at Oaklawn. It was one of only three times in his 10-race career in which she didn’t get her picture taken.

How do you play the race in the Pick 4 is the biggest question. The longest price she’s been is 13-to-10. Southern Californians hopped on her at the start of her career and have never retreated. She will get played again, of course, and she’ll have a huge chance for success, but the pace could be a problem. Paradise Woods is every bit as fast early and Vale Dori will probably get a good opportunity to play the role of stalker. A pace of :22, :45 and 1:08 and change is a possibility, and if that’s the case, something’s got to give.

On today’s suggested Pick 4 ticket, all three will get on board. If you single one, it might be the one to weaken. If you use two, both of the pacesetters might stop. You get good coverage by throwing in Vale Dori, and using Bob Baffert in the mix isn’t a bad way to go. In the event of a scratch of one of the speedsters, the remaining pacesetter could very well be worthy of a single.

The 1st two events in the Pick 4 are spread races (with four and five on the ticket) and the 10th has the least used with two (Tina’s Exchange and Hootie).

Here’s the suggested ticket for late Pick 4 at Santa Anita: