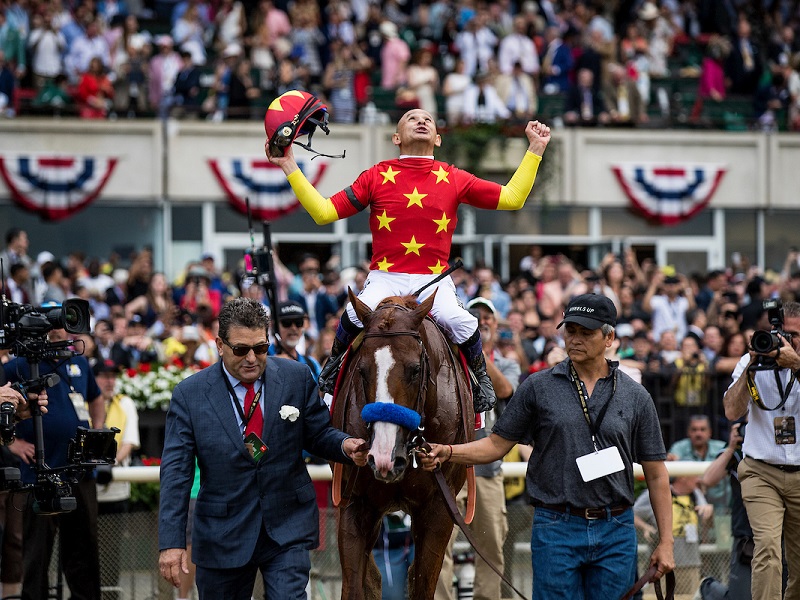 Justify took his place in history over the course of 5 weeks, specifically, and just over 110 days from a ‘broad’ sense of his launch. But the man who piloted him into the annals of history didn’t get there because of his meteoric rise. No, Mike Earl Smith has Eclipse Awards literally older than many of the jockeys in the locker room. He’s got a pair of those now aged 23 and 24, earned around the birth of Drayden Van Dyke.

Smith earned his first win as a professional jockey within a month of Cal Ripken beginning his record major league baseball consecutive games played streak in late spring of 1982. The Horse of the Year was Conquistador Cielo, the first of Woody Stephens’ amazing run of 5 straight Belmont wins. The top jockey was Angel Cordero and Charlie Whittingham was the champion trainer. Michael Jordan just finished off his freshman year at the University of North Carolina.

It’s true that Smith was born in Roswell, New Mexico, best known in American annals for an alleged UFO crash and sighting in 1947. Who knows, perhaps Mike was dropped off on the mission? How else can you explain his other-worldly career in the saddle?

At age 52, it’s well documented that Smith became the oldest jockey to win the Triple Crown, supplanting Victor Espinoza. The Triple Crown piles onto his legacy that already had seen Hall of Fame induction in 2003. That’s right, 15 years after going into the Hall of Fame, Big Money Mike still continues his mastery. He went into the Hall of Fame the year Jerry Bailey guided Empire Maker to the Belmont Stakes win. Now Bailey is trying to explain Smith’s continued success on national TV as an analyst.

The career totals stagger. More than 5,400 victories. Over $313 million in mount earnings. Seven Triple Crown race wins. An all-time event record 26 scores in Breeders’ Cup contests. But the supreme success since turning 50 in August of 2015 truly blows the mind. In addition to the Triple Crown glory, there are 5 Breeders’ Cup victories since then as well as a Pegasus World Cup and Dubai World Cup. His mounts have earned about $45 million SINCE he turned 50. That total alone would put him among the top 175 jockeys all-time in earnings – just what his charges have banked since 50. By comparison, Smith has earned more since age 50 than 2-time Kentucky Derby-winning jockey Mario Gutierrez in his career.

Justify will be the most memorable horse of his career because the Triple Crown stage shines so bright. But all-timers like Zenyatta and Holy Bull defined Smith in different decades. He’s won on super chalks with the pressure not to make a mistake; and he’s won the Kentucky Derby on 50-1 shot Giacomo in 2005. Perhaps more staggering is that after his first Derby win in ’05, Smith was a paltry 9% rider in 2006. Maybe he felt he got to the pinnacle and didn’t have to work as hard. Maybe age was catching up with him then.

But something happened with the way he took care of himself, his mind and his mounts. Mike Smith wasn’t washed up in 2006 and he hadn’t hit the pinnacle. He proved that on Saturday at Belmont Park, and did so with the class of a champion.