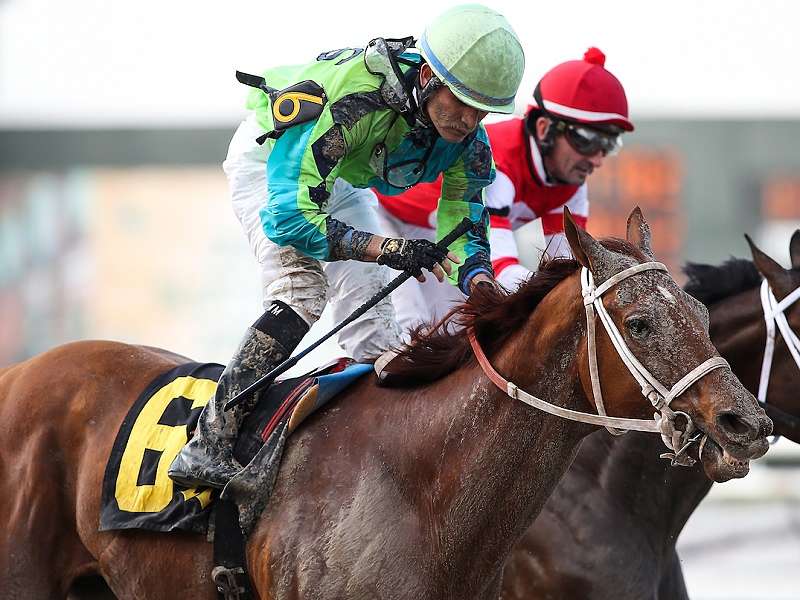 The huge week of racing at Prairie Meadows continues as the Altoona, Iowa, track on Saturday hosts the Grade 3 $300,000 Prairie Meadows Cornhusker Handicap and the $100,000 Iowa Sprint Handicap. It’s already been a solid group of races as on Thursday the Doug O’Neill-trained and Kyle Frey-ridden Shane’s Girlfriend posted a 2 1-4-length win in the Grade 3 $200,000 Iowa Oaks. On the same card, the Iowa-bred Dreamin scored a one-length win over I’m a Looker and other quality shippers in the $100,000 Saylorville Stakes. Ramon Vazquez had the ride on the Federico Villafranco-trained charge.

The Cornhusker, which was a neighborly respect as Prairie Meadows brought it over from Ak-Sar-Ben in Omaha when it closed in the mid-1990s.

Dolphus is the deserving favorite after a huge effort against heavy chalk Shaman Ghost in the Pimlico Special. Trainer Jimmy Jerkens has done a bang-up job in the development of the Looking At Lucky colt. Even in defeat, the Pimlico Special was by far the best effort for Dolphus. Rajiv Maragh is in for the ride and Dolphus is ready to take his customary position on the front end. He’ll have to make it nine furlongs. He went 1 3-16th miles at Pimlico.

Dolphus set a moderate pace at Pimlico and likely will have more early company. In fact, six of the nine entrants prefer to be on or close to the lead. The pace should set it up for Hawaakom, who at 45-1 was fourth behind Gun Runner in the Grade 1 Stephen Foster at Churchill. Trainer Wesley Hawley has the veteran running well and he has a legit chance to mow them down.

Here’s a Suggested Play for the Cornhusker:

Here's a Suggested Play for the Iowa Sprint: