The Fourth of Never 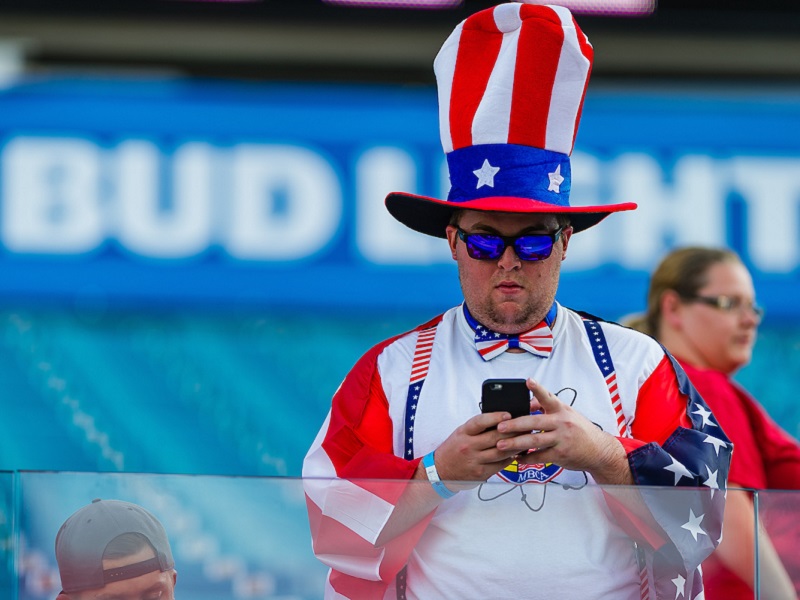 Here’s an idea: How about we encourage the Commander in Chief to rustle up one of those handy ‘Executive Orders’ to restrict July 4th from ever falling on a Wednesday again? Why? Because having this holiday stuck in the middle of the week just won’t do. Oh, sure, you can make it work—use ‘vacay’ time for the entire week or at least Wednesday through Friday—but that’s kind of a forced break, isn’t it? By law, National Holidays ought to entitle citizens to uncomplicated, extended weekends. President’s Day does it. Memorial Day, too. Celebrations definitely shouldn’t leave us hanging--with two work days before and two more following.

Thanksgiving’s got it aced. In case you hadn’t noticed, it lands on a Thursday, year-in and year-out. That affords many folks a suitable four-day weekend (and, hopefully, enough leftovers, too). Those advantages contribute mightily to making Thanksgiving my favorite holiday of them all.

Apparently, the fourth day of a month falls on a Wednesday all the time. It’s a math thing, so I can’t explain it. Between 2010 and 2050, I’m told, it will occur 70 times. Odds are that I’ll miss more than a few of those. Normally, ‘Wednesday-the-fourth’ doesn’t affect me. I mean, they’re not historically as dangerous as Friday the 13th—when I cautiously remain safely inside the house.  Yesterday, however, Wednesday July 4th, was different. It was Independence Day, the only summer holiday and stuck smack dab in the middle of the week. That really knotted my boxers. I was so upset that I didn’t even have a grilled hot dog or cheeseburger. Un-American behavior for sure.

I believe I’ve made it crystal clear that Fourth-of-July Wednesdays aren’t my favorites. But, how about our poor pooches? When the ‘Fourth’ falls mid-week, they’re exposed to repeated fireworks displays. In my neck of the woods, there were celebratory explosions Monday, Tuesday and Wednesday evenings. Who knows if ‘bombs bursting in air’ will continue throughout the weekend? Add to that racket not one…but two…violent, rolling thunderstorms and, in my neighborhood, this was not a banner week for man’s best friend.

If you ‘went racing’ yesterday on Xpressbet, you had to feel a bit cheated. There really wasn’t much going on between the rails around the nation to celebrate the holiday. Oh, sure, tracks performed the usual Independence Day tributes with lots of waving flags and suitable horn ensemble substitutes for the Call to the Post, but actual racing wasn’t at a holiday caliber. Why? Because it was Wednesday!

All right, enough whining. Get over it. The holiday has come and gone. Now, let’s get down to serious business, or at least plan to. Xpressbet has a few incentives for us to enjoy this weekend (I almost goofed and put ‘holiday’ before ‘weekend’). There’s great racing scheduled for Saturday at Belmont Park. They call it Stars & Stripes Day and long-range weather forecasts for the weekend seem encouraging. You’ll recall that Belmont and several other right-coast tracks cancelled racing last Sunday, Monday and Tuesday because of a searing heatwave. That’s over. For now, it’s merely hot.

Wow! Don’t know about ‘Stars and Stripes’ but that sure is a lot of fireworks. In conjunction with that outstanding show Xpressbet will offer a split of 1 million points to players that hit the All-Stakes Pick 4. You must register for the promo to be eligible to collect points. The Belmont promo pick 4 includes races 7-10 with a 50-cent minimum play.

Additionally, Saturday with Xpressbet, account holders can play the Firecracker Handicapping Tournament. Make some noise of your own by taking down a Pegasus World Cup Betting Championship Seat ($12k each value) and/or cash! There’s a $300 buy-in--$100 live bankroll and $200 entry fee—and players will make live $10 win wagers on one horse in each of 10 posted competition races from Belmont and Los Alamitos. Prizes are based on the number of entries; however, guaranteed prizes include a Pegasus World Cup Betting Championship seat and $5,000 in cash!

With all that happening Saturday I’ll finally be able to forget about the unfortunate 2018 Independence Day Holiday. Hopefully, so will everyone else, especially those responsible for executing fireworks displays. That way, between the exciting Belmont racing, outstanding Xpressbet promos and serene evening air, both horseplayers and neighborhood canines finally will slumber contently.