Celebrity Horse Names: Get Off My Lawn! 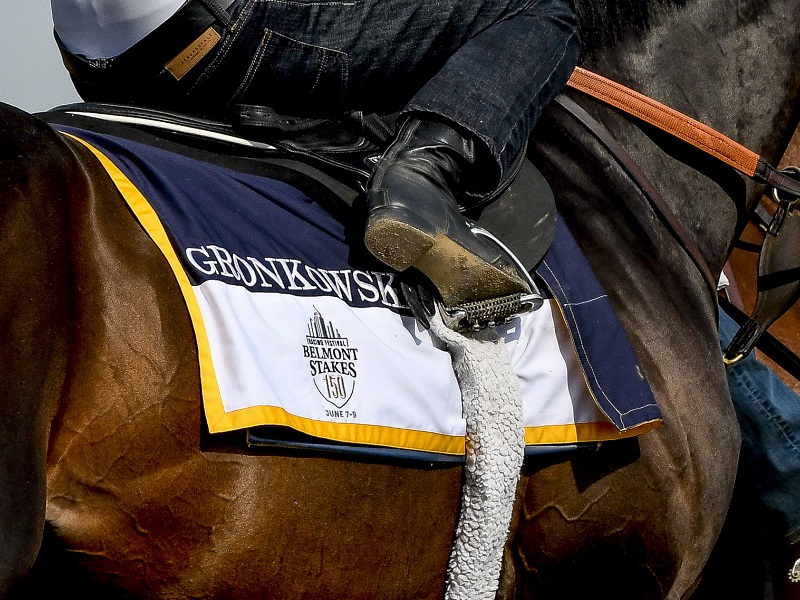 It’s not healthy to be on full tilt all the time. So while there are more pressing issues in the world (and racing) to burn your patience, personality and your characters on Twitter, this week’s blog will focus on something only mildly annoying. I can’t muster up enough feigned outrage to truly assault the topic, so I’ll just make note for the record that I don’t particularly care for celebrity horse names.

There, I said it. Celebrity horse names rank somewhere in the bottom one percent of horse racing’s real problems. They are harmless, yet no less annoying. And they’re not exactly something new, though they seem to be attaining a new level of commonality.

I get it. You’re trying to reach the attention of someone famous in a world where celebrity worship reigns supreme. Perhaps you’ll even have Gronkowski buy into Gronkowski. This year’s Belmont Stakes runner-up has set the bar highest for those trying to achieve recognition from celebrity.

In that regard, hopefully the 18 characters allotted by The Jockey Club will not become a desperate ploy for attention. But the mere fact that these names are being allowed by The Jockey Club makes for curious inclusion to the conversation. Item 6 in its own 17 restrictions of horse names bars the use of “Names of living persons unless written permission to use their name is on file with The Jockey Club.” I would bet dollars to donuts that Rob Gronkowski wasn’t approached after foaling.

Apparently it’s okay if you let out the first name, or all of the surname, such as Lebron J, who is working towards his debut currently at Santa Anita. Oh, the irony of Los Angeles. It’s as unique as Kobe’s Back. That’s going to get the game an extra nod in the newspaper or maybe hit the holy grail of a SportsCenter highlight.

Again, I get it. Many will tell me that’s the whole point – that any attention is good attention. And that’s true. So while it may be good for business, it doesn’t make it any less annoying. The Macarena got a lot of attention, and was no less annoying.

Maybe celebrity horse names are my “Get off my lawn!” moment?

I prefer my celebrities to come upon their favorite horse names without having to see their actual name in it. Cal Ripken comes to mind, unloading on Mine That Bird in the 2009 Kentucky Derby, having played his entire career for the Orioles and the horse donning his number 8. Yes, there was a Cal Junior bred in Maryland in 1983, who went 0-4 and earned $46. Later, an equine Ripken went 2-12 in the late 1990s primarily in Texas.

Celebrity horse names aren’t new and the culprits sometimes come from awfully close to the situation. Jack Klugman’s star Jacklin Klugman was third in the 1980 Kentucky Derby to Genuine Risk. Naming one after yourself puts you in an entirely different celebrity genre. Hall of Fame tennis star Chris Evert has a Hall of Fame filly in her name as well, 1974 Eclipse Award winner Chris Evert. Owner Carl Rosen had inked the back-handing Evert to an endorsement deal prior for his sportswear company. Also back in ’74, there was Richard Nixon, but this Oklahoma-bred tricky Dick never made it to the races.

Dead famous people don’t need to leave their signature, but The Jockey Club requires “a satisfactory written explanation submitted” by the prospective horse owner in order to drop a George Washington, God rest his soul after the ’07 Breeders’ Cup Classic. Coolmore tends to overwhelm this department with historical figures, many of them chosen specifically to attach themselves to American patriotism and appeal to the future bloodstock market in the US. Apparently marketing also suffices in a ‘satisfactory written statement.’

Speaking of self-promotion, surprisingly we are still waiting on the next Kardashian. The 2009 Ontario-bred out of She Ain’t Much (well played, well played) lost all 4 starts in 2011 and we haven’t seen another since. Perhaps that’s one celebrity equine sequel we can survive without.

I’ve got to go. I’ve got lawn care that needs my attention.