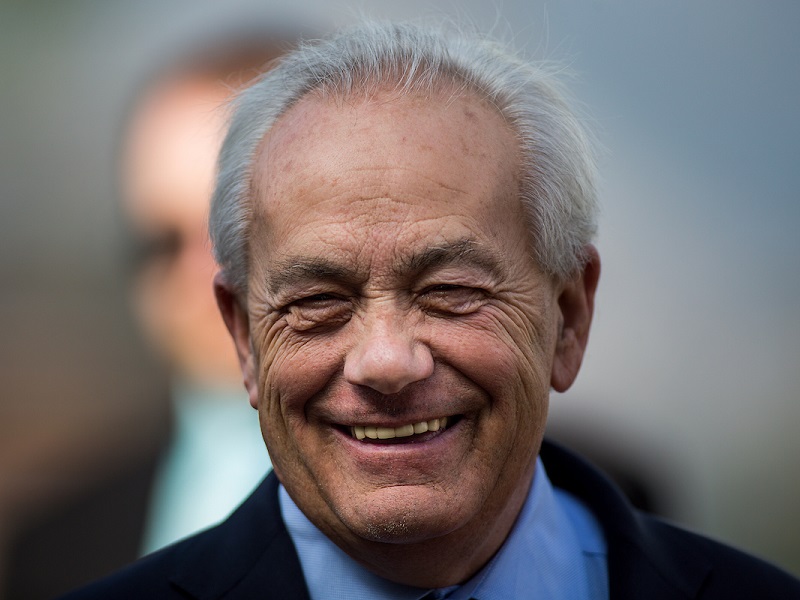 If he keeps winning at this rate, the pleasantries post-race might start sounding as sincere as those from Seinfeld arch nemesis Newman. “Hello, Jerry” was an icy welcome on the famed 1990s sitcom, but it’s become commonplace in the winner’s circle after 2-year-old races in Southern California. Trainer Jerry Hollendorfer simply can’t miss right now with his freshman class.

Hollendorfer’s last 14 juvenile starters own a sparkling 14: 6-3-4 record, only one finishing out of the money. But there have been a trio of particularly big fish among Dorf’s school of star pupils.

First, it was Instagrand destroying the competition at Los Alamitos on June 29 in the summer’s first ‘wow’ moment for this rookie crop. The $1.2 million son of Into Mischief romped by 10 lengths over 5 furlongs in 56-flat, squeezing his rivals dry in Orange County.

The hits continued last Wednesday when the filly Brill raised the curtain on the Del Mar meeting with an impressive debut. The $1 million Medaglia d’Oro filly overcame a troubled start to swoop by the field and draw clear late over 5 furlongs in a quick 57.86.

On Saturday, the beat continued for Hollendorfer when Rowayton and Dueling ran 1-2 in a very promising maiden special weight where the turf meets the surf. Rowayton, another Into Mischief who cost a mere $320,000, dueled and spurted clear through 5 furlongs in 58.61. Runner-up Dueling, a $475,000 Violence colt, overcame trouble and rallied nicely in an effort that screams 2-5 graduate next time.

Speaking of short prices, it’s not as though Hollendorfer’s ‘big three’ 2-year-old winners in recent weeks have come under the radar. Instagrand scored at 2-5, Brill at 7-10 and Rowayton at 4-5.

I’d like to tell you we all saw this coming given the prices, but those who had tanned at Del Mar, much less wagered on its racing the past few summers, took a beating betting Hollendorfer juveniles. The 2017 summer meet at Del Mar saw his 2-year-olds go a woeful 18: 1-4-1. In fact, he won with Miss Viola July 28 last year and proceeded to lose the final 14 freshman affairs he entered – including 5 of them at 3-1 or less. He didn’t have a single starter in any of the Del Mar graded stakes for 2-year-olds last summer.

Hollendorfer hasn’t had a horse run in a Del Mar graded 2-year-old summer stakes since Songbird won the Grade 1 Del Mar Debutante in 2015. She’s 1 of just 2 juvenile graded stakes winners for him at the Del Mar summer meet in the last decade, joining 2013 Grade 1 Del Mar Futurity winner Tamarando (back in the Polytrack era).

With that said, good luck pin-pointing the reason for Del Mar to become Jerry’s World in the past week with 2-year-olds. But it’s pretty obvious that the Hall of Famer has one of his best hands to play in years. The Grade 2 Best Pal on August 11 and the Grade 1 Del Mar Futurity on September 3 – as well as the Grade 2 Sorrento on August 5 and Grade 1 Del Mar Debutante on September 1 – quickly have become circled dates on the Hollendorfer calendar after just the opening week of the meet.

Who knows? By meet’s end, Hollendorfer might even be a stakes double-dipper. Not that there’s anything wrong with that.