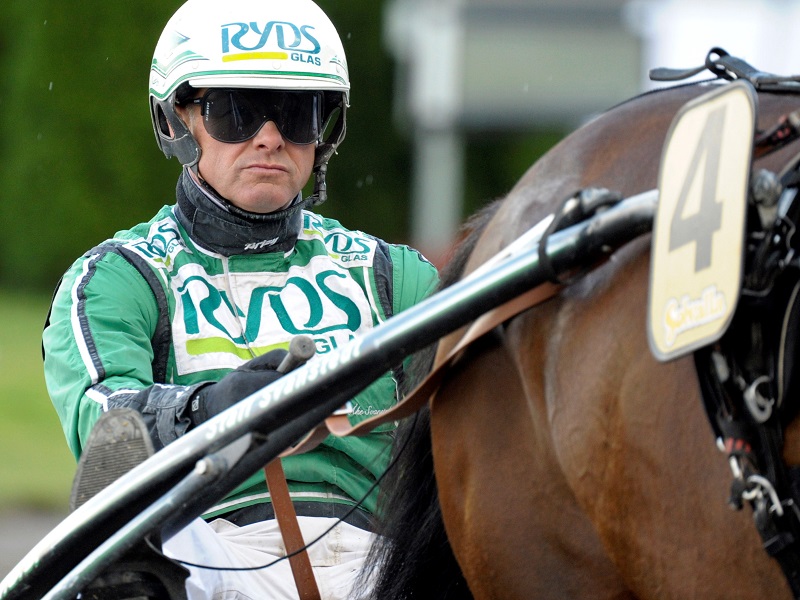 Trainer-driver Ake Svanstedt won his first Hambletonian last year when Perfect Spirit's number was put up through disqualification. He might not need as much racing luck to repeat in this year's trotting classic.

Svanstedt will send out Future Pool wagering favorite Six Pack (3-1) in the $1 million race this Saturday, Aug. 4 at the Meadowlands. Six Pack earned his spot at the head of the 3-year-old class, winning five of six starts this year and sustaining a first-over bid from post 8 to win in his final prep race, stopping the timer in a personal-best 1:50 in the faster of two Stanley Dancer Memorial divisions.

But Six Pack will need his A-game to defeat a crowded field of worthy challengers. Atlanta, featured in last week's column, could become the first filly this century to win the world's most prestigious race. Hall of Fame trainer Jimmy Takter could have several starters, including stakes winner Wolfgang (Yannick Gingras), who ran a personal-best 1:51.2 to win a division of the Dancer. Tim Tetrick, a four-time Driver of the Year, will seek his second Hambletonian victory behind Crystal Fashion, winner of the Earl Beal Memorial at Pocono Downs in 1:51.4 and first or second in all seven starts this year.

Post time for the Meadowlands card will be at noon EST. The 93rd Hambletonian will air during the CBS Sports Network's live coverage between 4-5:30 pm.

Dorsoduro Hanover, a surprise second at 57-1 in the Meadowlands Pace last month, validated that effort with a pace-controlling victory in the $400,000 final of the Delvin Miller Adios Pace for the Orchids last Saturday at the The Meadows.

Matt Kakaley was in the bike as Dorsoduro Hanover blasted to the lead through a :26.3 opening quarter mile, slowed it down to the half in :55.1 and kept Adios elimination winners American History and Hitman Hill at bay for a 1-1/4-length victory in 1:50.1. He paid $4.40 to win as the race favorite.

"We got a big breather there in the second quarter. I knew he would be tough off that," said Kakaley. "He’s showing everybody that he’s a top colt."

Dorsoduro Hanover improved to 7-24 with a $575,803 bankroll for trainer Ron Burke and co-owners Purnell and Libby Silva, Weaver Bruscemi LLC, and Wingfield Five. For Burke, the perennial leading trainer in North America, it marked his first Adios victory, though he was an assistant to his father, Mickey, when May June Character won the 2007 Adios.

"We probably spent about $10 million chasing this, and we finally got one," said Burke. "It’s a great feeling to enjoy it with our staff and our core group."