Recognize That Gray is Okay in Handicapping 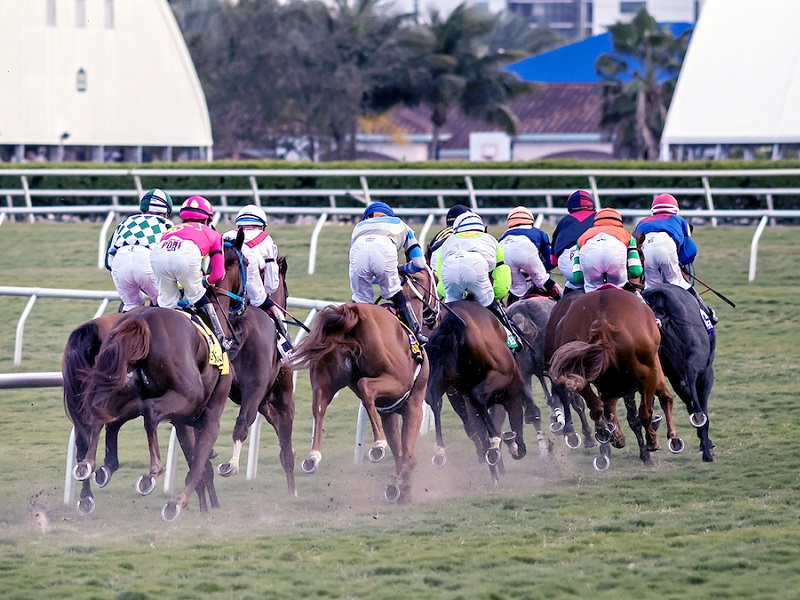 I try to stay out of politics and lifestyle pieces in my horse racing writing. You’re not here to get my two cents on Russian collusion, gun control, abortion or the pros and cons of the McRib. But I will say that recent observations about horse racing and the other topics have hit an intersection. And it’s worth discussing.

We must as horseplayers – and a society – get out of the dreaded mentality that only one thing can be correct at a time. Every situation, whether it’s a handicapping puzzle or a deep political or moral divide, cannot be solved if you believe one thing is absolutely correct, the opposite is absolutely incorrect and that gray area means you’re worthy of being shamed for not taking a stance.

Read what you want into that when it comes to politics and lifestyle. I’ll stick to the racing-side application in this blog space. The bottom line assertion here: Almost everything falls into the gray area when it comes to handicapping the races.

This is a game of greatness when successful 20 to 30 percent of the time, whether you are a bettor, jockey or trainer. You don’t even think about your margin for error, because it will overwhelm your chances of success every single time. Favorites lose about 62 percent of the time, and it’s not because the public too often opts for the wrong horse. It’s because it’s damn hard to predict the future in any endeavor, whether you’re Punxsutawney Phil or Willard Scott.

In terms of sport, baseball is similarly difficult because every single exchange in the game requires one player (the batter) to predict the future that another (the pitcher) controls. It’s why hitting .300 gets you to the Hall of Fame while making 7 outs from 10 at-bats. And it’s why only a handful of teams have had less than 50 losses in a 162-game season in the century-plus of major league baseball. It’s an indomitable enterprise.

Remember, this isn’t basketball, where you make 50 percent of your shots and 80 percent of your free-throws, nor is it football where you complete two-thirds of your passes and make 95 percent of your extra-point kicks. No one is going 70-12 or 16-0 like in those sports. There is a heaping amount of unpredictability baked into horse racing that no measure of accounting will make up for, be it man or machine. Add to it the fact that the horses aren’t talking.

So when you’re smart enough to begin with the premise that no one really knows what will happen next, you can become a much more reasonable horseplayer. Admittedly, it’s awfully hard to grip and embrace that fact. You spend decades watching others, envying the ‘pros’ and assuming that they have something elusive that you don’t. But they don’t. Those trying to emote that kind of ability are the first ones you should avoid.

Here, as in politics and lifestyle, two things can be true at the same time. And almost always are. A person could have an incredible acumen for stats and observation and be a lousy horseplayer. A trainer may tell everyone about the next good thing in the barn, but that horse’s absolution for the winner’s circle has as much to do with the 8 or 9 rivals in the race as it does his own ability. You may think you have the next Sham in your stable. The quiet guy across the way might have the next Secretariat.

The workout analyst’s report may, in fact, give an A+ drill to the hot rookie in the opener, but the staunch race replay reviewer can be convinced that the second-time starter with a hidden trouble line omitted in the past performances is her best bet of the meeting. These things can be true at the same time. Now multiply this by 6 or 7 other ways to skin the handicapping cat, and 6 or 7 more entrants in that same field.

Words like ‘cinch,’ ‘hopeless,’ ‘always’ and ‘never’ probably would be good places to catch yourself in remaining centered as a horseplayer. Admitting that the gray areas of handicapping dominate the color palate does not make you weak for not taking a stance; it makes you a realistic problem solver ready to take on the challenge while understanding the consequences.

Once you’re comfortable with that, the next challenge becomes even more enjoyable to tackle … win, or statistically most likely, lose.