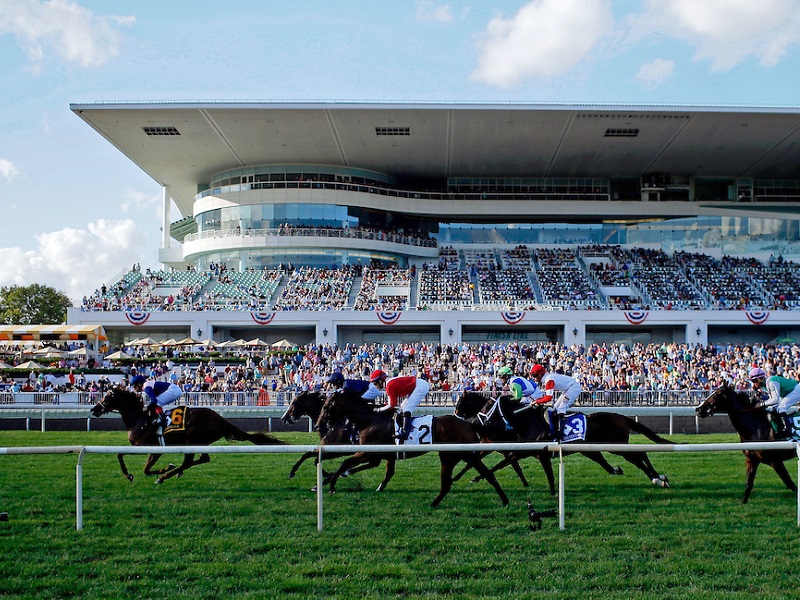 But Arlington Million weekend comes at a great time, right between the Whitney and Pacific Classic, and the fine folks in Chicago do such a great job building a phenomenal card that you can’t help but take note.  I certainly do.

The winner’s list races like the Arlington Million and Beverly D. is a showcase of the top horses in horse racing’s last three-plus decades.  John Henry, Manila, The Tin Man, Gio Ponti, Sulamani and Paradise Creek have won the ‘Million, while the Beverly D. boasts a winner’s list that includes Flawlessly, Possibly Perfect, Dank, Stacelita and Heat Haze.

Plus, Arlington has bolstered its wager menu for this year’s Million card.  Here are just some of the highlights:

And if you bet the Million with Xpressbet, you can cash in on our 1 Million Point Late Pick 4 Split.  To win your share of the Points, simply register for the contest (that’s the easy part) and hit the Late Pick 4 (that’s a little tougher).  Everyone that hits wins an equal split.

To help get your Pick 4 started, and to introduce you to some of Saturday’s key players, here is my recommended Late Pick 4 ticket:

The kickoff leg of the Late Pick 4 is the Grade 1 Secretariat for three-year-olds and I’m going to single right off the bat:

#13 HUNTING HORN (7/2) is really the only logical ‘other’ horse but he was handled by Analyze It (by 1 ¾-lengths) in the Belmont Derby and drew a difficult post.  By the way, my colleague Jeremy Plonk handicapped the Secretariat as the Xpressbet Race of the Week and he made an interesting case for #2 PLATINUM WARRIOR (10/1).

It’s hard to find a race that fits a trainer much more than the Beverly D. fits Chad Brown.  He’s won this race four times (including the last three editions) and just once has he send a horse to Chicago for this race and gone home with an ‘L.’  And that horse finished second.  Talk about dominance.  He’s got four horses in this year’s Beverly D. and the safe play might just be use them all.  Here are the horses I’m using:

On larger tickets, I could make a case for a third Brown-trainee, INFLEXIBILITY (8/1), but she’s not quite for me here as she’s never even won a graded race.  #1 DADDYS LIL DARLING chased Fourstar Crook and Sistercharlie in the New York Stakes and always seems to get into the picture late.  #2 NYALETI (15/1) is the ‘other’ European.  She won the Group 2 German 1,000 Guineas in May and was  beaten 12-lengths by the remarkable Alpha Centauri in a Group 1 at Newmarket in July.

This year’s Arlington Million is as good of a betting race as it gets.  Top quality horses are entered from top to bottom and, most importantly, they’re all remarkably evenly matched.  Picking a winner won’t be easy, but should be of benefit to your Xpressbet bankroll.  I’m going to go a little deeper in my Pick 4 with that in mind.  Here are the horses I’m using:

Ultimately, betting is a numbers game and I’d love to be able to include the G1 Manhattan winner, #2 SPRING QUALITY (8/1), or Chad Brown’s #3 ALMANAAR (5/1), but unfortunately, picking ‘em all costs money!  I’m comfortable tossing Aidan O’Brien’s #9 DEAUVILLE (6/1).  He’s just allergic to winning.  He’s finished third in this race twice, but doesn’t seem like a threat to win it.

Sophomore fillies lead the way in the nightcap, and I’m going to include four of them on my ticket.  I’d have probably gone shorter, but this is a big field and the favorite drew poorly: