Six Tips for Turning Up Your 'Off-the-Turf' Game 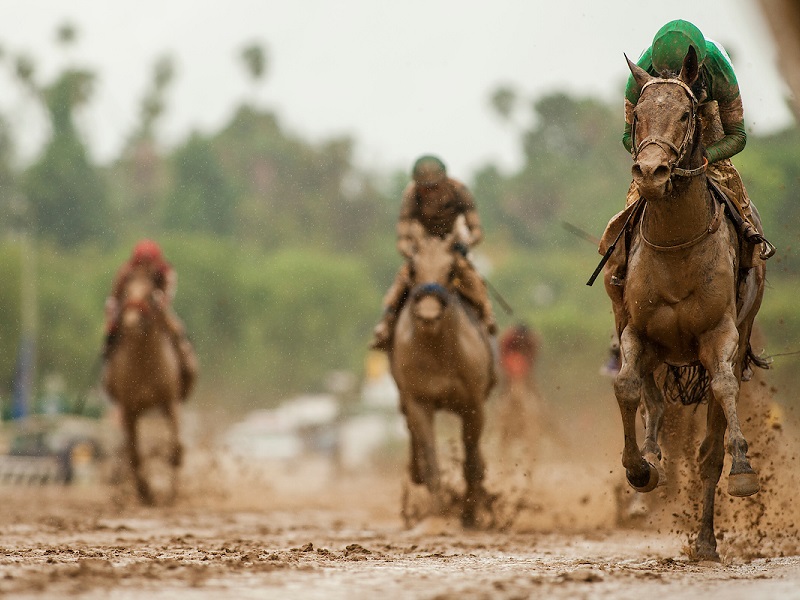 Perhaps no three words in horse racing are as disappointing. Okay, well maybe “lost my shirt,” but you get the point. It’s a pretty distressing situation when you’ve put in the homework and Mother Nature users her magic eraser. Those who have tried to handicap Saratoga this year know all too well. One of the wettest summers in memory continues to wash away some of the best racing of the year. What’s left are short fields, mismatched runners on a secondary wet dirt surface and, in extreme cases, some cancellations.

As a horseplayer, what are you supposed to do? Handicapping the meteorologists can be as frustrating as a maiden claiming turf sprint. Your early handicapping efforts wind up in the waste bin, and trying to project ahead for multiple scenarios can double an already sizable workload.

The easy answer would be to say “sit it out.” But, Saratoga comes but a few weeks each year. When weather goes afoul and they’re off the turf in weeks not featuring the upstate New York treasure, it is much easier to take Harvey Pack’s proverbial trip to El Paso and skip.

But if you must – and we know that you must – attack at the Spa, here are some tips for the off-the-turf scenarios that rank just behind “Don’t forget your umbrella.”

1. Still handicap ahead of time. Treat the races as if they’ll remain on turf, and do cursory work toward plan B – including a look at the main-track only entrants, a determination of the early pace players (speed rules on wet dirt, remember), and note any superior wet-track record horses worth a quick highlight. This will shorten your process on raceday, but not overwhelm your preparation in double-time.

2. Physical handicapping can be your friend. A keen eye, particularly in the post parade and warm-up vs. the paddock, can provide an edge. Horses who are choppy in stride and show an almost disdain for their feet sinking in could be bet-against propositions. Those who thrive on it often don’t take long to show it.

3. Two-year-old races are likely to be the most trustworthy in terms of your opinion sticking. Established turf form is more of an imagined trait this time of year than reality. The most developed and brilliant juvenile likely wins the race on dirt anyway. And if you liked a pedigree play for turf, often times a good turf stride translates over to the wet track.

4. Stay out of the multi-race bets. There will be pick fours and fives and sixes tomorrow. The exception could be a large carryover, where the lure of a seeded pool and a horseplayer’s advantage comes to fruition. Know your association’s betting rules, such as Saratoga giving an ‘all’ in legs where races come off the turf after a sequence has begun, etc.

5. Disregard public handicapper information published in advance. Without the benefit of seeing who’s left in the field, even a public handicapper who provides analysis for on and off-turf scenarios truly doesn’t have the entire picture. You may like a horse, but another now suddenly is left as lone speed after scratches, for instance.

6. Make notes about horses left in races that they truly didn’t belong in. Your notes give you a potential bet-back next time when returned to the proper surface with likely soiled (pun intended) form and inflated odds.