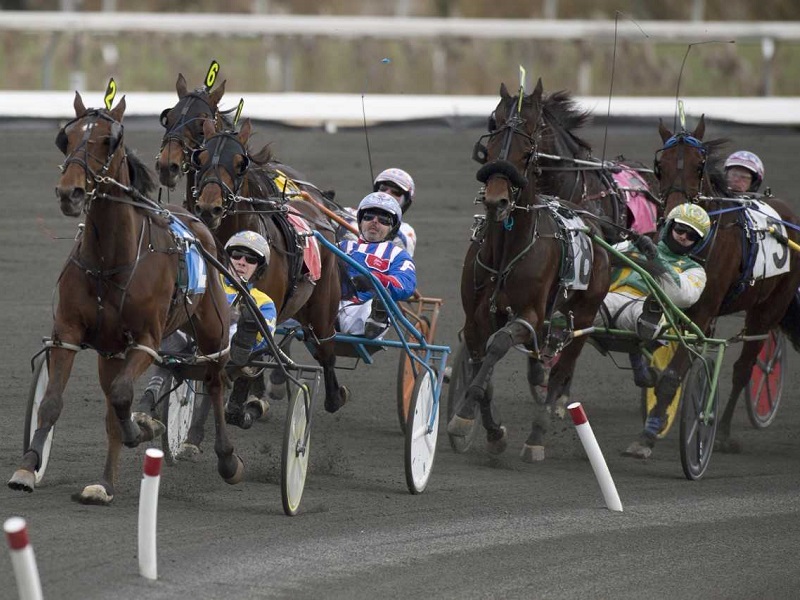 Woodbine Mohawk Park begins a big weekend of harness racing with Grand Circuit action taking center stage. Two-year-old colts and gelding trotters will battle in three divisions of the Champlain and three-year-old fillly trotters will compete in the Simcoe. The 0.20 Early Pick 4 begins as usual in Race 4, it will have a $50,000 guaranteed pool and will be my focus.

Last night at Mohawk drivers Chris Christoforou and Jody Jamieson led the pilots with two trips to the winner's circle. No trainer had more than one win on the card.

Comments and selections below are based on a fast track.

Race 4
3-Shipshape-Been off since 8/13 but tries Lasix, McNair steers and should like the company.
6-Capitano Italiano-1st start off the bench was versus tougher, is in a better spot to shine now.
7-Windsun Ricky-Not sure about the 7/2 ML, has breaking issues but if minds manners should be in the hunt.

Race 5
3-Sandbetweenurtoes-Hasn't been what she was but gets post relief and could top this group with best effort.
9-Pure County-Another classy mare looking to notch first win of year and is a major player.
10-Firebby A-Likes to win, has very good gate speed and might top the big names at a square price.

Race 6
1-Repentance-Toscano trainee shows 52.2 speed at Big M, may make best use of favorable post draw.
3-Ex Hanover-Broke in the Casualbreeze and should show gate speed and be in striking range throughout.
7-Blonde Magic-Best to respect program chalk, but she needs the right trip with #1 and #3 having a post edge.

Race 7
3-Quints Dream-Sharp Shadow Play filly is consistent and could be up to this challenge, best to respect.
5-Dont Stop Believin-Makes only 4th start of '18, last was a nice win from 8 hole, an encore could happen tonight.
8-Sudden Passing-Roy's choice over 2 others fits well with these and has gate speed to get a good early seat.
9-Jan-Used aggressivley from 8 hole in last after a sick scratch and is worth a swing at 8-1 in the ML.