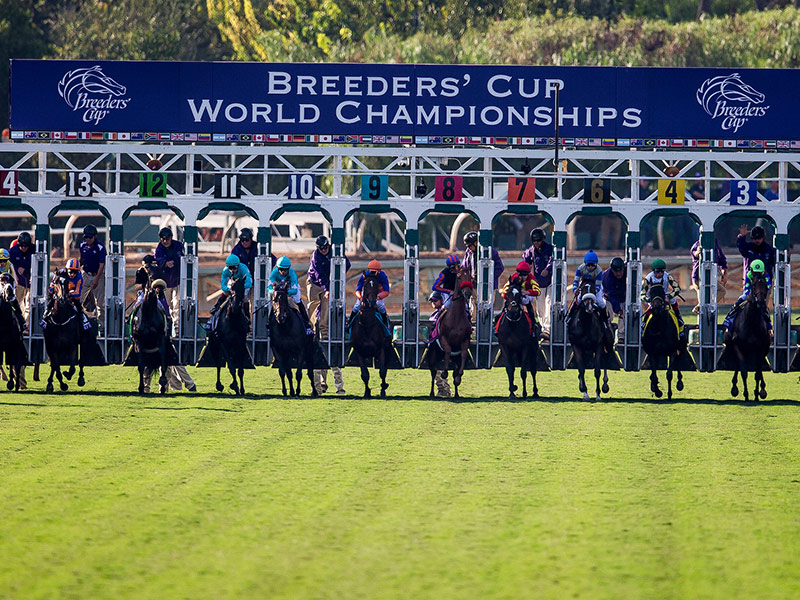 Saturday’s performance in the Woodbine Mile may have not have been Oscar-worthy, given the ease of the early pace, but Oscar Performance now heads to the Breeders’ Cup as a penciled-in factor in the Mile. That’s because the last 7 winners of Canada’s premier mile own a 7: 3-3-1 in our year-end championship event. Horses like Wise Dan, Court Vision and World Approval a year ago have swept the important pair of 8-furlong events.

It’s also notable that dispatched Woodbine Mile runners have rebounded with strong showings in the BC as well, so don’t sleep on those behind the winner. Pace-compromised players like Mr. Havercamp, Stormy Antarctic, Delta Prince and Divisidero could be part of the reconsiderations.

It’s been a remarkable run for the Woodbine Mile alumni during the current decade-plus, notably 10 of the last 11 BC Mile editions had at least one of its top-3 finishers via Woodbine. Keep in mind: North Americans overall have been gangbusters in this division of late despite a prevailing ‘wisdom’ that it’s all about the Europeans. The domestics have won 6 of the last 7 Breeders’ Cup Miles while they accounted for 15 of the 21 trifecta placings.

You’re not going to find a Breeders’ Cup prep in any division that’s had more recent influence on the main event. Here’s how the current decade’s Woodbine Mile influencers have fared at the BC.

2010: The Usual QT ran a close-up third at 22-1 odds in the BC Mile after chasing Court Vision second at Woodbine. The latter was fifth in the BC at 13-1.

2013: Not only did Wise Dan repeat his sweep of these two races, but Woodbine Mile runner-up Za Approval also came back to complete the same exacta at the Breeders’ Cup – at 18-1 odds behind the 4-5 odds-on Wise Dan.

2014: Sent away at 20-1 in the BC, Woodbine Mile winner Trade Storm outran expectations with a close-up third at Santa Anita. And also note that Woodbine Mile third-place finisher Bobby’s Kitten cut back in distance to win that year’s Breeders’ Cup Turf Sprint at 7-1.

2015: Mondialiste was sent off at 17-1 in the BC Mile despite his Woodbine victory, and rewarded backers with a rallying, clear-cut second behind Tepin.

2016: The aforementioned Tepin took the Woodbine Mile path the following year in winning the Canadian showcase, but fell a half-length short when second to Tourist in her BC Mile defense. She used Keeneland’s First Lady Stakes in-between.

2017: Despite Tepin’s tail-off a year prior, trainer Mark Casse got it right this time with a Woodbine Mile-BC Mile sweep on the heels of 5-2 favorite World Approval. Not only did the WO Mile get back on the winning beam at the Breeders’ Cup, but it once again provided an exacta sweep with Lancaster Bomber (13-1), second in both events to World Approval.

In a division that sometimes becomes fraught with confusion and cliché, the clarity provided by the Woodbine Mile to the Breeders’ Cup Mile should not be under-utilized this fall.