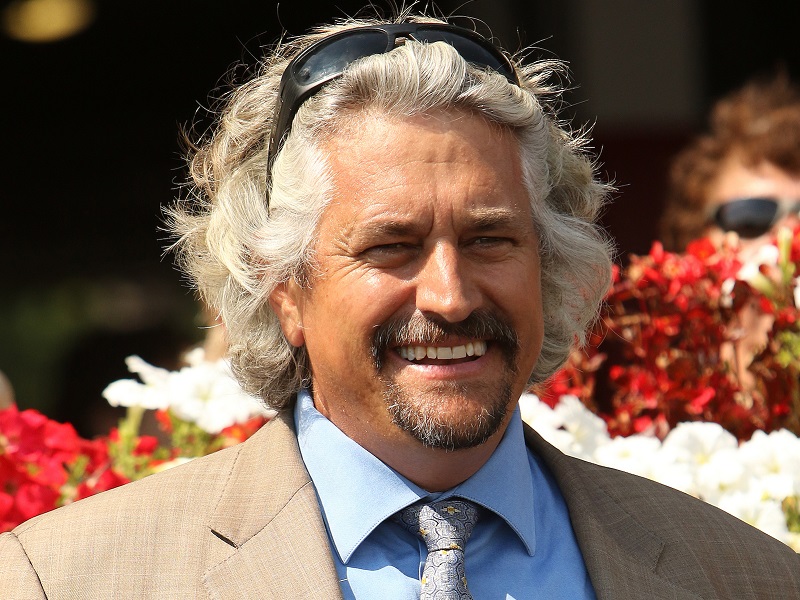 Steve Asmussen turns over an odometer on a pick-up truck like few you’ve ever seen. His far-flung racing operation covers multiple fronts, and from his home in Grand Prairie, Texas just outside Dallas, he’s had a truck driver’s existence on top of training horses. There’d be plenty of reason for him to be known as racing’s “pick-up man.”

But when you peek under the hood of his Hall of Fame career – and specifically the past weekend screams this point – he’s gaining that moniker for another reason. Saturday he won the G1 Cotillion with Midnight Bisou and the G3 Xpressbet De Francis Dash with Switzerland; and on Sunday he added the G2 Gallant Bloom with Union Strike. They’ll head to the Breeders’ Cup as major players in the Distaff, Sprint and Filly & Mare Sprint divisions.

What do they have in common? All three were recent pick-ups from other trainers; Midnight Bisou moved from Bill Spawr, Switzerland an export from Chad Brown, and Union Strike was sent from owner/trainer Mick Ruis (along with the highly talented 3-year-old Bolt d’Oro). Two of those weekend winners already were G1 heroines in their previous residences, Midnight Bisou capturing the spring’s Santa Anita Oaks and Union Strike last year’s Del Mar Debutante. Switzerland has elevated his game considerably since the change in addresses.

Those are pretty darned good pick-ups. But for Asmussen, they won’t even warm the engine of his Hall of Fame pick-ups Curlin and Rachel Alexandra. Those all-time legends began their careers with Helen Pitts and Hal Wiggins, respectively, before they were privately purchased and transferred to the royal blue barn of Asmussen.

Curlin came after a late January debut romp at Gulfstream to open his career as a 3-year-old. Asmussen orchestrated his run through the Rebel and Arkansas Derby in rapid ascent before finishing third in the Kentucky Derby and winning the Preakness, Breeders’ Cup Classic, Dubai World Cup and a pair of Jockey Club Gold Cups among his then-record $10.5 million earned.

Asmussen developed Curlin’s meteoric rise in 2007, but he inherited that of Rachel Alexandra two years later after she won the Kentucky Oaks by a margin that seemed to extend from Louisville to Lexington. She went 6-for-9 after the transfer from Wiggins (7-for-10 prior), including her historic Preakness victory, followed by scores in the Haskell and Woodward also against the boys et al.

The success of Asmussen as a “pick-up man” certainly is not meant to discredit his ability to develop a star from the start. Gun Runner proved that with a $16 million career that blew past Curlin, and Untapable bagged nearly $1.5 million more than Rachel Alexandra. Those Breeders’ Cup champions ran exclusively in the Asmussen camp.

The coming week figures to be another big one for Asmussen. He’s got as many as 5 potential starters in Sunday’s G3 Oklahoma Derby at Remington Park, where he’s been the leading trainer 13 times and seems all-in attempting to win the local Derby in back-to-back years. Untrapped capped a 4 stakes-win Derby Day for him in OKC a year ago, and don’t be surprised if this coming weekend goes similarly.