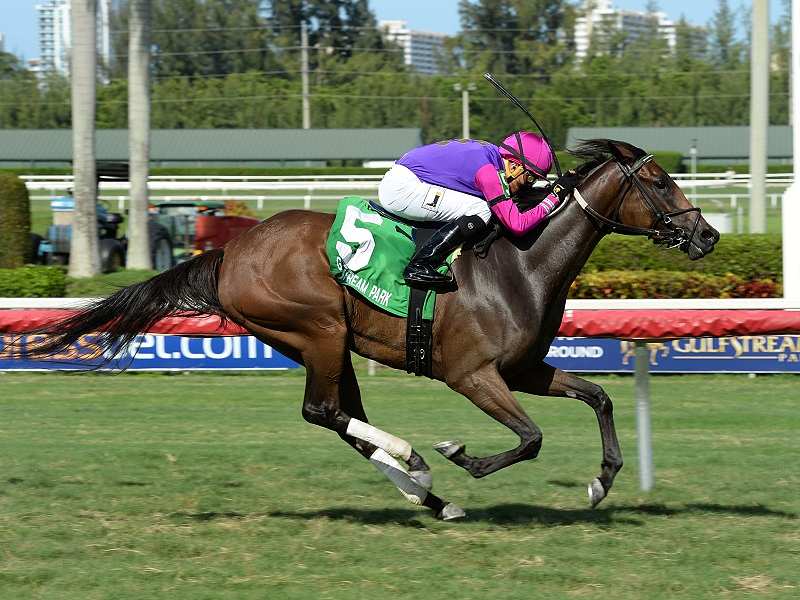 If it’s instant gratification you seek, Temple Fur is probably not for you. This one takes some patience.

While bettors will take a speed horse, put down their coin each and every time and hope for the horse to stay, many don’t have the patience for a deep closer the likes of Temple Fur. In earlier times, Temple Fur showed more speed, but more recently, she has dawdled with a capital D. If you’re watching on television, she may spend most of her time off the screen.

The beauty of a horse coming from behind and sweeping past the field is a picture we like in horse racing. Unfortunately, a few things have to happen, like speed on the front end going at a moderate to fast pace. Then, carving out of a clear path so momentum isn’t stopped by traffic is paramount. And the best judgment from its pilot is certainly a must.

It doesn’t take a race to completely fall apart, but it does take some fractions out front that are favorable to the likes of Temple Fur.

Temple Fur gets another chance in Gulfstream’s Treasure Coast Handicap at a mile on turf. It goes as Gulfstream’s 10th, and 14 are scheduled to run it. Among those, Temple Fur, who last saw the cards fall in line on Feb. 20, when she gunned down a similar group in the Mary Todd. It’s been slim pickins since then, mainly due to competition. She was fourth behind Somersault in the G3 Orchid, was fifth vs. male rivals in a 1.5-mile handicap, and most recently was a closing 3rd in an optional claiming race. The turf was “good” that day and didn’t produce much in the form of fast times. Temple Fur followed fractions of :25 2-5 and :51 and wasn’t far off the action.

Today gives her the opportunity to get picture taken for the first time in five months. With Luca Panini up, the Temple City filly will be charging. With morning line odds of 8-1 to start out, Temple Fur will be attractive on the board. The race is wide open, as Inside Out as the favorite carries early odds of 9-2.

It’ll take some time for her to get involved, but I’m willing to wait for it today.