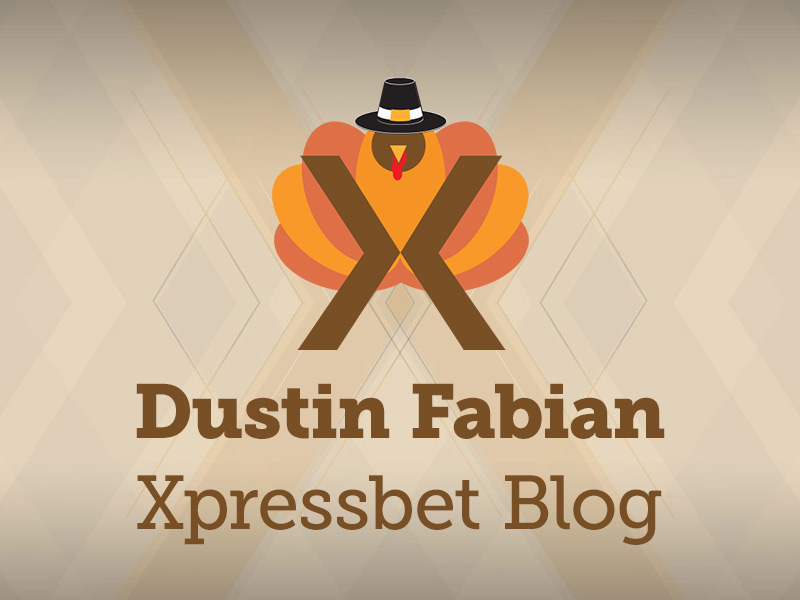 Traditions are a funny thing.  We’ve all got ‘em and no two of them are alike.  Me?  Well, I’ve got some weird traditions.  But one stands out every year, mostly because it barely makes sense.  In my book, no Thanksgiving is complete without first playing Penn National’s Wednesday night Pick 4.

Thanksgiving is a time for family, friends, football and feasts, and I guess it can be tough for horse racing to find its way into that Superfecta.  At least in my house.  Good luck finding the time, space and quiet that is necessary to handicap a Pick 4.  And when I do find that time there’s a good chance the drinks have already been flowing and the side effects of gorging myself all day on carbs and desserts are kicking in.

So I guess that’s why I play the Penn National Pick 4 on Wednesday.  It’s a nice sequence, bolstered by three stakes races, and it comes along at just the right time.  It starts with Race 1 (6:05PM ET) and wraps up around 7:23PM ET with the $200,000 Fabulous Strike Stakes, which always attracts a nice field of Mid-Atlantic shippers.  It also includes the $100,000 Swatara Stakes and $100,000 Blue Mountain Juvenile Fillies Stakes, which generally attract solid, contentious fields.

Here are my thoughts on the sequence:

A true ‘watch the money and bet accordingly’ race with several key first-time starters from top barns.  I’ll include all in my picks for discussion, however if one or two don’t take money, we can adjust accordingly. Remember, you can get a great look at the odds in the first two legs of a Pick 3/4/5/6 based on Win payouts and the Double probables.

Hard group to figure as many of these were impressive maiden winners in Pennsvylania, Delaware and Maryland.  A number of top barns are also represented, which further muddles the picture.  A good break and a solid trip are essentials, but this field is 12 deep before scratches and getting stuck wide is just as detrimental as traffic trouble.

Things seem to calm down a little in this race after two wide-open affairs to start the Pick 4.  Will try to get through this leg with minimal coverage and think that could be doable.  Worth noting that last year’s Swatara winner was none other than Discreet Lover, who went on to win the ’18 version of the G1 Jockey Club Gold Cup.

Tough race to pre-handicap as four of these are cross-entered in the G3 Fall Highweight at Aqueduct on Thursday and the pace hinges on a few of them, including Lewisfield, Mesotherm and Always Sunshine.  Ticket will adjust significantly based on where these horses go.  On paper, it seems clear that Lewisfield and Mesotherm are the class of the field, with Always Sunshine and The Man a cut below.  In the event of a wet track, downgrade Lewisfield slightly but upgrade Always Sunshine and The Man, who are a combined 6-for-6 on wet tracks.

Hope you have a safe, happy and relaxing Thanksgiving loaded with winning wagers on Xpressbet.  If you get a chance, be sure to check out our $10,000 Thanksgiving Contest, where you can win cash just by betting the weekend’s top stakes races.