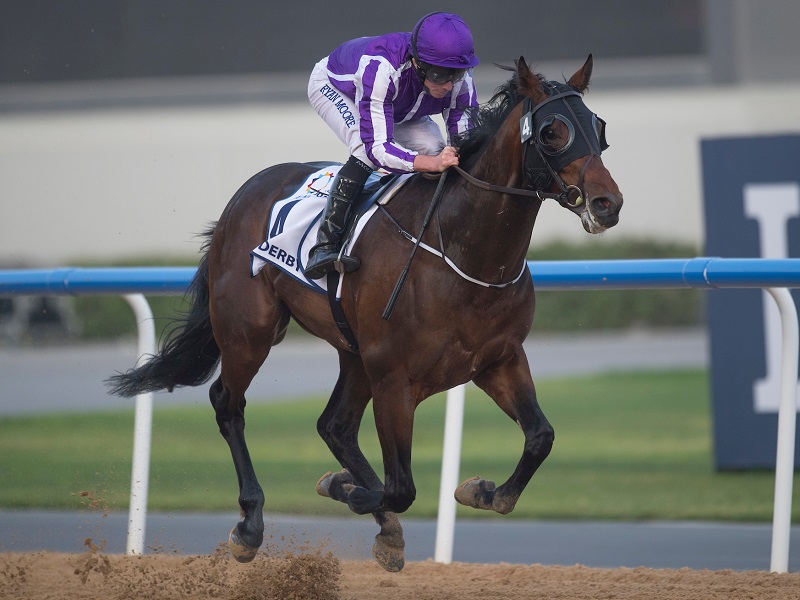 Talk about a great weekend to bet the races and be a horse racing fan.  The South Florida scene heats up in a big way Saturday with the start of the Gulfstream Park Championship Meet.  And once again, the Opening Day card is the Claiming Crown Series – nine stakes races worth more than $1.1 million for former claiming horses.  My colleague, Johnny D, took a deep dive into the Claiming Crown and what it means in his latest blog.

On top of the Claiming Crown in Florida, the last ‘signature’ day of the year in New York – Cigar Mile Day – takes place at Aqueduct.  The card attracted marquee horses like Mendelssohn and Marley’s Freedom and the Demoiselle and Remsen are always intriguing races on the paths to the Kentucky Derby and Kentucky Oaks.  Last year’s Remsen and Demoiselle winners were Catholic Boy and Wonder Gadot and they went on to win races like the Travers and Queen’s Plate.  Not too shabby!

Finally, not to be outdone, it’s Closing Weekend at Del Mar, which will mean big things for Pick 6 players.  The carryover in their Jackpot Pick 6 is $155,879 into Thursday’s races and everything must go on Sunday.  Saturday’s Del Mar card is featured by a massive 14-horse field for the Grade 1 Hollywood Derby.  More on that below.

Xpressbet customers can take advantage of several great promotions this Saturday and Sunday – check ‘em out!

But enough about the promos - here are my picks and thoughts!

The fifth race at Gulfstream is always a lynchpin race.  It’s the end of the late Early Pick 4 and Pick 5, so if you have a strong opinion here, odds are you’re going to jump into one – or both – of those pools.  I think the Claiming Crown Distaff Dash is a two horse race and I’m going to take the easy way out and use BLUE BAHIA and OXFORD COMMA on top in all sorts of wagers.  BLUE BAHIA is as game as they come, having won 9-of-14 turf sprints, including 3-of-6 at Gulfstream.  She won this race last year and should be ready to run this year.  She’ll have to catch OXFORD COMMA, though.  OXFORD COMMA just scorched the turf at Indiana Grand in a pair of allowance races, running a sub-:21 opening quarter each time.

Like Race 5, I also view this race as a two filly affair. On one hand, you’ve got the heavy favorite, STARSHIP JUBILEE.  She drew outside (Post #12), which is a big deterrent, but her resume includes a win in the G2 Canadian Stakes at Woodbine in September and a close-up fourth-place finish in the G1 EP Taylor Stakes.  With a better post, she’d be a single.  On the other hand, PERU drew great (Post #1) for Mike Maker and Julien Leparoux and she has been running solid, consistent races in Kentucky all summer/fall.  She was beaten by just a nose in the Tiara last year (ahead of STARSHIP JUBILEE) and should run similarly this time around.

DOWSE’S BEACH will be a heavy favorite here, but I’m a little worried about his chances.  He comes off three straight wins since being claimed by Jason Servis but there is a big difference between sprinting six or seven furlongs on the turf in New York and dashing five furlongs on the lawn at Gulfstream.  He made the lead in all of those races, but I’m not sure he can make the lead in this race.  I’ll take a shot with OAK BLUFFS here.  He only missed by 1/2-length in this race last year and has finished in the Exacta in 7-of-8 races on the Gulfstream turf.  If DOWSE’S BEACH falters, it’ll probably be because he can’t keep up early.  And if he can’t, OAK BLUFFS should be rolling late.

Jorge Navarro seems to hold the cards in this race, with FLOWERS FOR LISA (defending ‘Jewel champ) and AZTEC SENSE squaring off.  The last time we saw AZTEC SENSE, he knocked off Collected in the PA Derby Championship Stakes at Parx.  He’s won seven races in a row and is clearly the horse to beat Saturday.  I’ll use him on top with a few closers underneath – RICH DADDY, ST. LOUIE GUY, RACE ME HOME, CHRIS AND DAVE and BAD STUDENT.  My expectation is that FLOWERS FOR LISA will go too fast early and won’t be a threat to his stablemate late.

This is a solid Late Pick 4 (Races 7 – 10) sequence and I’ll go ‘light’ in the stakes races and heavier in the bookend.

In the Remsen (Race 8), I’m only going to use two to get by – Chad Brown’s NETWORK EFFECT (7/5) and Robert Reid’s MAXIMUS MISCHIEF (6/5).  Not a sexy pick, but both of these horses simply appear to be much better than anyone they’re in against.  Xpressbet Senior Racing Analyst, Jeremy Plonk, went in-depth on this race in his weekly Xpressbet Race of the Week article.

In the Cigar Mile (Race 9), I only see a few ‘true’ Grade 1 horses.  MENDELSSOHN (2/1) has cut his teeth in tougher races and should appreciate the cutback in distance.  Only concern is that the last time he went a one-turn mile, he was beaten 9 1/2-lengths by Firenze Fire in the Dwyer at Belmont.  COPPER TOWN (5/2) makes his stakes debut for Todd Pletcher but he’s got plenty of talent.  He does spot this field experience, which makes him a little tough to trust.  For a deep longshot, I’ll throw in PAT ON THE BACK (15/1).  He’s a NY-bred who hasn’t been racing against horses this good but if they heat up early, he’ll be the one to watch late.

In the nightcap, QUEST FOR FIRE (2/1) looks to be a runner, but he has only raced once – in March no less – but he broke his maiden by 7-lengths.  Just a big effort.  Big worry is that this field is loaded with speed, he’s in against winners and that layoff is tough.  SMOKIN PLATINUM (4/1) is a closer I think you have to add in, and I’ll also give LEM ME TEL YA (10/1) a look.

Del Mar’s seventh race on Saturday is the Grade 1 Hollywood Derby and we’ve got an instance of a filly racing against the boys as CALIFORNIAGOLDRUSH takes on her male counterparts.  She won the G2 Sands Point Stakes last out at Belmont but drew the far outside post (14) and loses her jockey from that day as Flavien Prat jumps ship to ride RIVER BOYNE.

RIVER BOYNE won the G2 Twilight Derby last out and is already a G3 winner at Del Mar having taken the La Jolla Handicap in August.  He’s squarely the horse to beat, especially from a cozy inside post.

CARRICK won the G1 Secretariat Stakes in August against Analyze It at odds of 38/1 and gets back in against easier here after a failed attempt in the G1 Joe Hirsch Turf Classic at Belmont against Sadler’s Joy, Channel Maker and Robert Bruce.  His post isn’t great either, though, and John Velazquez stays in New York to ride.  He had been aboard Carrick in his last three races.

So that’s the weekend.  Hope you have a good one – best of luck playing the races!