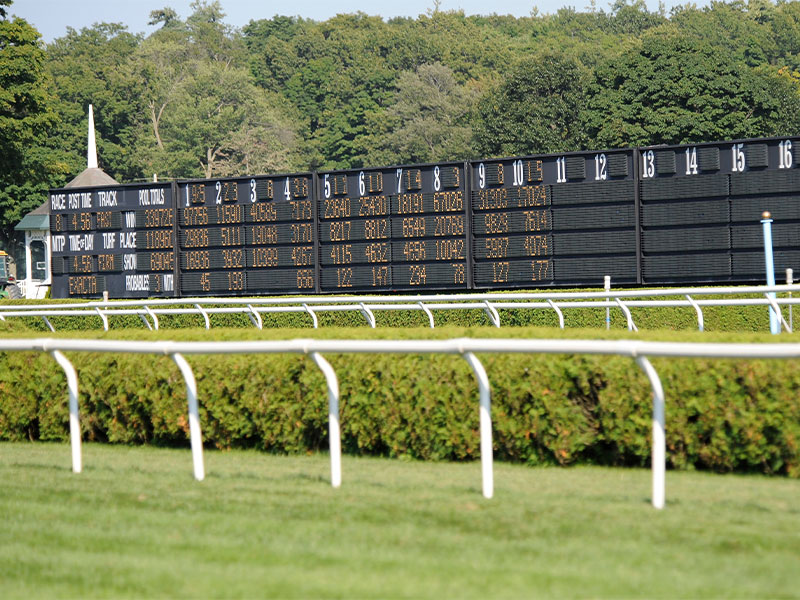 The College Football Playoff set its field of four on Sunday, and it was impossible to avoid the debate between the “best four teams” and “most deserving” teams. From the TV to the Twitterverse we were inundated with discussion about this so-called “eye test” that apparently holds a supernatural power to know all. It was so very handicapping-like that you could have been down at your local track or OTB and not even blinked an eye.

A panel of 13 former coaches and administrators gathered to put together the field that eventually included Alabama, Clemson, Notre Dame and Oklahoma, while leaving Georgia, Ohio State and Central Florida among the chief victims of feeling snubbed. When you have seven viable candidates to fill out four slots, it feels an awful lot like a handicapping exercise.

Horseplayers all have their styles for determining talent in a particular field of contenders. We all seek to find the horse who will finish first, but the road we take to get there has few guiderails. Our internal debates often weigh the factors of “best” and “accomplished” and many employ their own version of the “eye test,” which simply is that you-know-it-when-you-see-it … or at least you think you do. And in this me-first generation and echo-chamber society, who’s going to tell you that you’re wrong?

In the NFL, NBA, MLB and NHL, your record determines your playoff position. There are no committees, just a set of tie-break rules under which everyone plays. College football’s playoff drifts from that with a human debate as the crux of process. It’s a very subjective thing once per year, but something we horseplayers live with on a twice-hourly basis.

What kind of handicapper are you when it comes to decision-making? Do you seek out the best horses in each race … and what does that entail? The fastest? The most accomplished? Or are you trying to put perceived analysis on each contender with your version of that so-called “eye test” that we heard so much about this past weekend?

The beauty – and puzzlement – of handicapping a horse race is that there’s not a definitive approach that anyone has quantified as truly superior. If you back speed figures or performance figures or handicap for class, perhaps trip handicap or play based on pedigrees, you can all come out to about the same 20-30% of winners selected. I would not dare advocate as a fan education/player development specialist that there’s a right and wrong path to pursue. Those that do generally have a financial investment in swaying you toward a method or product (in other words, they’re trying to sell you something).

We will never know if the College Football Playoff committee makes the right decisions. They’ll play the trio of games and the winner will be crowned. There are no payoffs as to the right or wrong teams taking part. Sure, we’ll gamble on the matchups and results. But the decision goes without any further consequence as to the four teams.

As a horseplayer, you don’t have that luxury. When you whittle seven to four, you’re not done. So no matter if you have the four perceived best horses or the four most accomplished or the one who passes your “eye test,” a horseplayer’s work is only about half done. What exactly are we going to do with this preferred group of contenders?

Fortunately for us, this is where we have the most important guiderail of all, the toteboard. Prices offered on each horse, or combination of horses in exotic wagers, should be what points you in the most prudent direction each time. All things being close to equal, there’s no decision-making equalizer that comes even close to the importance of the payoff. If contenders A, B and C aren’t far off to you in terms of “best,” “most accomplished” or even your “eye test,” then the right horse to bet always is the one offering the highest price.

If you concede the honest reality that predicting the future is a 20-30% proposition, and the faster you do that the better your bottom line will be, then you should always aim for the most money back on your decisions. Collecting $10 back on 20% of your plays will always be better than getting $6 back on 20% of your plays. Instead, what we wind up seeing more often than not with most players is that a cluster of A,B,C and D all with similar determinations becomes a series of boxes in the exotics. Boxes are inherently loaded with guaranteed losing tickets. A $2 exacta box of four horses is guaranteed to lose $22 every single time. You can’t keep giving away that kind of money, $22 of $24, before you ever even rub a lucky shamrock. The play is the price, not the pairings.

When the decision becomes clear-cut and there isn’t a cluster of contenders, the toteboard again will be your guiderail. If the odds on the clear-cut horse you have landed upon are fair in your estimation, the win-pool welcomes you. When that clear-cut horse is below the value line you have deemed fair, you either head to the exotic wagers or pass the race. Exotic wagers aren’t for races in which you can’t decide between a cluster of contenders; they are for building out some return prices on horses about which you feel solid.

Employ this simple concept of money management/betting strategy and you’ll find that, like the College Football Playoff committee, it matters less who you wind up putting in the field. The debate is smoke and fodder. There will be three games and a champion regardless how you get there. Just like there will be a winner and a payoff in every horse race. The bottom line: Focus your attention on being fundamentally sound on what happens after you’ve determined who’s in your field. The only “eye test” that universally matters is what you see in your account or wallet.