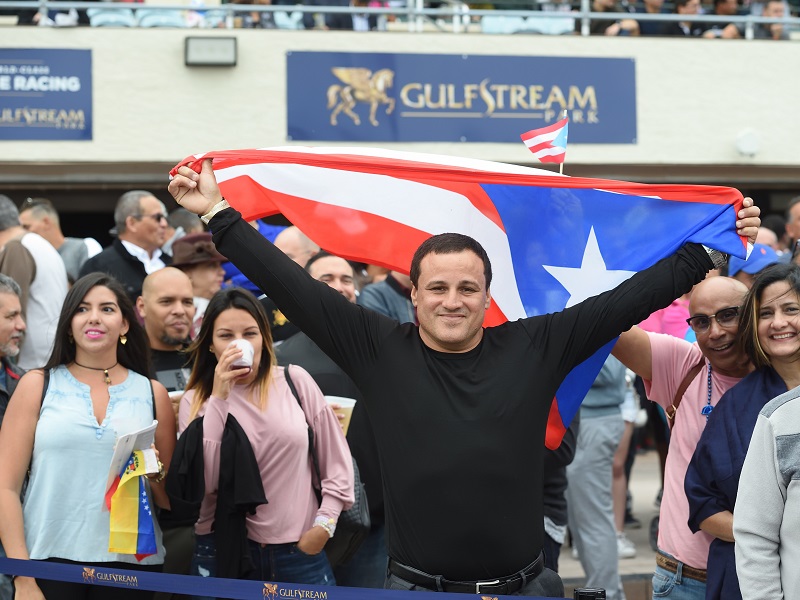 The Caribbean Classic returns to Gulfstream Park for the second consecutive year on Saturday, December 8.  Here are free picks for each of the five big international races.

My Prediction: Mishegas appears to be catching Coltimus Prime at the right time and I think he puts last year’s shocking upset behind him.  Going Strong (10/1) is an interesting longshot as he adds blinkers and breaks from the rail, so curious if he tries to steal this race.  If you can figure out who’s going to the lead, you’ve got a horse to have in your Exactas and Trifectas.

Last Year: Mexico’s Jaguaryu ($12.40) kicked off the festivities with an authoritative 7 3/4-length victory beneath Irad Ortiz Jr.  Venezuela’s Gladiadora closed to finish second as the 5/2 favorite.

My Prediction: Etruska and Kutzamala sweep the Exacta and Salmiana comes close to producing an All-Mexico Trifecta.  Panama’s Rosa Salvaje and Puerto Rico’s Regalada (8/1) factor into the results late.

My Prediction: Not a lot to go off but La Polla has the best class and could be tough with the right trip.  Tati could easily finish right up there, along with Big Boris One, who could be any type with just two races to his name.

My Prediction: Jala Jala can’t pull off the Classic/Confraternity Double as either Exclusivo or Fray Angelico get the job done.  Fray Angelico should be a popular choice and he has already run well locally.

Last Year: Mexican filly JALA JALA ($22.40) capped a big day for Irad Ortiz Jr. as she trounced the field in the ‘Classic by 9-lengths.  Panama’s FRAY ANGELICO finished second and Mexico’s JOYME rounded out a $2,298 Trifecta at odds of 44/1.

My Prediction: Hard to stop the train as Kukulkan makes it 14-for-14 with relative ease.  The Panamanian contingent of Sol De Orion, Dario Ruth (20/1) and Senor Ben Hur (10/1) will come with decent efforts and Bukowski is possibly the only logical upsetter.