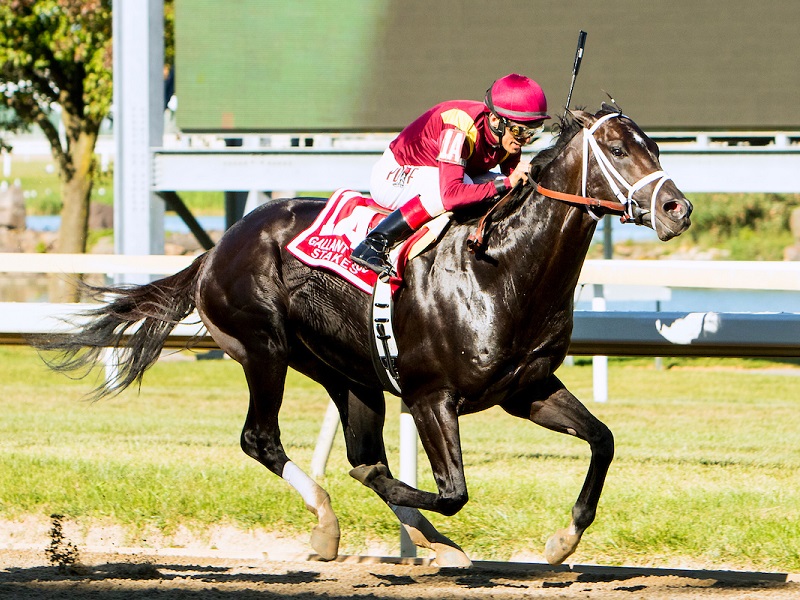 As we sprint toward the holidays this weekend, the horse racing calendar is slowly creeping toward prep season.  There aren’t any massive Triple Crown or Pegasus preps scheduled for this weekend, but last Sunday’s Springboard Mile may have (or may not have) shed some light on the Triple Crown prep scene in the Midwest, while the Fair Grounds has a pair of minor Saturday stakes that could pave the way to the Louisiana Derby and Fair Grounds Oaks.

On the guys’ side of things, the Fair Grounds’ Sugar Bowl Stakes is full of decent horses, including late runners Super Steed and Hog Creek Hustle.  Whether they ultimately are able to stretch from 6 furlongs to 1 1/4 miles is up for a debate later, but they should be primed to run big this afternoon.

And on top of that, the Fair Grounds has an enticing All-Stakes Pick 4 (Races 7 – 10) on Saturday that kicks off at 4:24PM ET.  I’ll be playing it, and I hope you decide to as well.  See below for my picks and brief analysis on those races.

The Fair Grounds isn’t the only track with stakes racing this weekend.  Gulfstream is hosting a Grade 3 – the Mr. Prospector – while Aqueduct has the Queens County and the Gravesend on Sunday.  Nobody is in action Monday or Tuesday and Santa Anita returns Wednesday with a massive card featuring four graded stakes, including the Malibu and La Brea.

Here is a preview – and some picks – for this Saturday’s action at Fair Grounds, Gulfstream and Aqueduct.

Our first stop Saturday is Gulfstream Park, where our good friends in South Florida continue to put their best foot forward.  We have to tip our cap to the Xpressbet customer who took down Wednesday’s Rainbow 6 and the $580,000 payday that went with it.

As for Saturday’s races, I’m really looking forward to Races 8 and 9.

Race 8 is an incredibly deep open turf allowance race that attracted talented horses like G2 winner Bricks and Mortar, multiple graded stakes winner Shakhimat, G3 winner Irish Strait and stakes winners Mr Cub and Zennor.  If this race had a Grade 3 designation and a $100,000 purse, nobody would bat an eye.   Zennor will be my top pick here and I’ll play him in an Exacta Box with Bricks and Mortar.  Zennor should benefit greatly from an inside draw and he’s just getting back into form after missing a year.

Race 9 is the Grade 3 Mr. Prospector Stakes and I’m going ‘all in’ on Uno Mas Modelo.  He broke terribly last out in the Claiming Crown Rapid Transit Stakes but still circled wide and got up at the fwire.  He’s won five straight sprint races (including two stakes) and he’s going to bet a perfect setup here as Conquest Big E, Coal Front (pictured above), Kroy and Heartwood will guarantee a fast early pace.

My colleague, Jeremy Plonk, made the Mr. Prospector his Race of the Week.  Here's his analysis and $100 Betting Strategy.

I love cards like the Saturday slate that the Fair Grounds has served up for us.  14 races.  Six stakes.  Rolling Pick 3’s.  Four Pick 4’s.  And a partridge and a pear tree (sorry, low hanging fruit and I couldn’t resist).

Here’s a pick for all six stakes races, and 30 words of rationale or less.

Expected faves Wynn Time and Switzerland have no turf form (combined 0-for-1) and Kitten’s Cat has finished in the Tri in 15-of-20 turf races.

Speed-laden field is likely to come back to the closers and the best of them is Unholy Alliance, who goes out for leading Fair Grounds trainer, Brad Cox.

I’ve been chasing this filly since she showed up at Ellis in July and she might finally mow them down late if she gets the right pace to close into.

He’s won 5-of-8 races and this is a soft spot for him to make his stakes debut. He should win this and go on to bigger and better next time.

He loves to win races and he’s trained and ridden by the best – Brad Cox and Florent Geroux.  He should sit second and then pounce on Great Wide Open.

Broke miserably in his last race and still won by 6-lengths.  A tardy start would be a huge problem here but otherwise it looks like smooth sailing.

The stakes aren’t quite as high at Aqueduct Saturday but I’d be remiss if I didn’t bring up the $125,000 Queens County Stakes, which attracted a big field of ten, including G3 winner Name Changer and Godolphin’s Exulting.  On paper, just about any of these could win but I’m going to hitch my wagon to Name Changer.

He’s a G3 winner and exits a really solid edition of the Pennsylvania Derby Championship Stakes, where he was beaten by Aztec Sense, who went on to win the Claiming Crown Jewel.  I’ll have him on my ticket, along with Degrom, who is improving for John Servis and Todd Pletcher’s duo of Bal Harbor and Bonus Points.