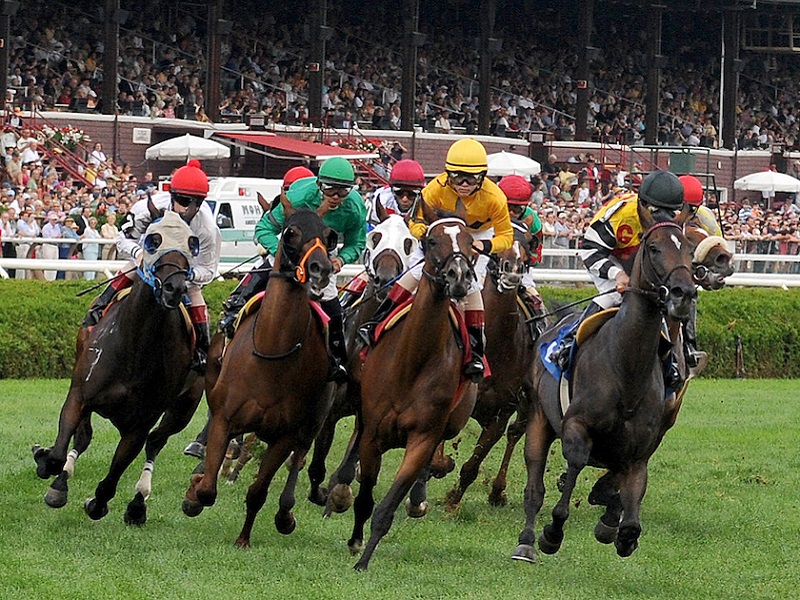 Saratoga may be here, but the rules have changed drastically over the years. The one time 24-day sprint has turned into a 40-day marathon. Saratoga isn’t your dad’s little Upstate New York boutique meet anymore. In fact, it’s actually now longer than Belmont Park’s Fall Championship Meet, if you’d believe that. And, while it’s undoubtedly as good as ever, the sheer length of the proceedings toss in yet another potential roadblock for handicapper’s looking to manage a bankroll that figures to be tested to the limit. With that in mind, let’s take a look at some broad guidelines that will help you and your bottom line out in the long run.

First and foremost, we’re talking about Saratoga, which offers the best racing in the country, with the biggest pools and biggest guaranteed wagers. It also represents almost a daily opportunity to make a lifetime score. Is it extremely difficult? Hell yes. But that shouldn’t take away from the fact that with difficulty comes the potential for great reward. And that’s why you should take the rubber band off the bankroll and toss in a few extra C notes. You’re going to go through prolonged losing streaks, it’s the nature of the beast when you play a track like the Spa, but if you have the ammo to withstand the lulls, you’ll be able to bounce back and still be alive and kicking when the opportunity for a momentum changing hit takes place.

Patience is a Virtue

As I mentioned, with the meet now 40 days, it really does put a premium on easing into the proceedings and trying to stretch your bankroll out. And just because, as we talked about above, you’ve now expanded your bankroll, it doesn’t mean you can haphazardly fire with reckless abandon. Whatever the magic number is you have in mind, I would think you also have a limit and a bottom to your well. So, obviously, when you go broke, you don’t get to play anymore. Point being, don’t charge the gates of Union Avenue Friday morning like a chicken with his head cut off and start firing from the hip with little to no abandon. The good thing about Saratoga is that they run about 10 races a day for 40 days; that’s 400 races, or 400 different spots to make a score. Take your time, pick out the spots that work best for you and go after when they do present themselves.

Don’t waste money betting on races you either don’t like or races that don’t fit your handicapping strengths. If you’re a horizontal player, don’t be making exacta boxes to pass the time in between the Pk4 sequences. Conversely, if you’re a WPS bettor, or exacta player, there’s no need to be constructing late Pk4 tickets just because the guaranteed pool is a big one. The biggest mistake at the track comes from the inexperienced player who isn’t sure what his strengths and weaknesses are, and spends too much time betting on the latter and not enough time betting on the former.

If you’re taking the time to read this, I’m assuming you’re not the guy (or gal) that buys the Form when you get to the track and then figures out who you’re betting that day. That’s not going to work. Not in the least. You better come prepared and know just what you’re trying to accomplish, and how you’re going to go about it. And that doesn’t happen when you crack the Form for the first time, especially after you crack your first beer. Have a gameplan going in, whether you’re on-site or playing from home, and that will allow you to be more comfortable making adjustments as the day goes by. Scratches, weather, track biases and several other things can alter your handicapping, so you need to be able to have a good overall feel of what you’re betting at the start, so you can ebb and flow once the day begins.

For me, watching race replays is where I get the majority of the horses who I’ll be concentrating on, and when there are six racing days in a meet, it’s very important to be caught up and/or not get too far behind because things can snowball. Regardless of how you make hay at the track, you better be prepared well in advance, as things can snowball very quickly once the first race has been run.

It’s also a great idea to have all your tickets mapped out, with all the numbers on paper, so you know where you stand going in, and where you need to deviate when a scratch occurs, etc. If you look up at the board and there’s 7 minutes to post and you haven’t figured out the late Pk4, it’s not likely you’re going to in the next 420 seconds. And if you do, well, it’s not going to be as well thought out as it would be if you’d have mapped out a plan of attack the night before or the morning of.

Most of the above is hardly anything you haven’t heard before, and I’m certainly not splitting the atom by telling you any of it. But sometimes it’s the easiest, most mundane things that you can forget about, especially when the adrenaline starts flowing and the money starts being thrown around. By having a good plan of attack, you’re going to be better off in the lone run, which will have a direct impact on leaving you with a positive bankroll come 7pm on Labor Day.