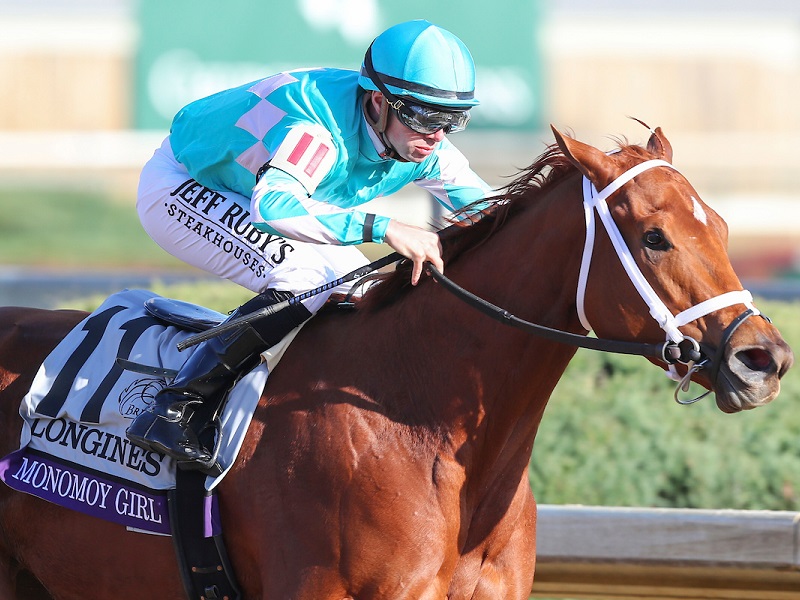 In less than a month, many in the racing industry will congregate at Gulfstream Park in balmy South Florida for the third running of the $9 million Pegasus World Cup Invitational. That rich race and a new $7 million Pegasus World Cup Turf Invitational will be decided on the track and turf course, respectively. The night before the race, all industry eyes, ears, noses and throats will be riveted on the 48th Annual Eclipse Awards ceremony presented by Daily Racing Form, Breeders’ Cup and The Stronach Group. Those trinkets will be awarded according to ballots cast by members of the NTRA, Daily Racing Form and the National Turf Writers and Broadcasters.

Like any industry awards banquet, the Eclipse Awards soiree features elation, disappointment and drunkenness. Witness gracious winners, sore losers and those who demand that they really don’t care about awards. Hardware holders will dance the night away. Empty-handed will exit abruptly and on the way out remind that tomorrow morning’s first set is imminent.

There will be lots of speeches. Long ones, short ones, good ones and bad ones. If we’re really lucky, there will be one epically bad speech. You know the kind, where the recipient has had a cocktail or two, is awake several hours past usual bedtime and hasn’t commandeered a microphone since the youngest’s wedding day. Once they get rolling, they’re difficult to stop, bounding along Like a Super Ball down Lombard Street. It’s forgivable if at some point someone in the audience exclaims, ‘loose horse!’ But, inside Gulfstream’s Sport of Kings Ballroom, no outriders are in sight. When someone hits center stage with a mic at the Eclipse Awards it’s Katie bar the door. They might say anything…and take a long time to do it.

It’s often an engaging exercise for racing insiders to handicap breeders, owners, trainers and jockeys beforehand and to assign odds on which recipient is most likely to ‘go rogue.’ It’s fun and, frankly, is the kind of innovative wager the sport ought to introduce. Oh, and don’t worry about defining the winner…at night’s conclusion, it will be obvious.

In order to make an incredibly memorable donkey out of one’s self while accepting an Eclipse Award it’s a pre-requisite that one actually wins a trophy. So, in an effort to aid your Eclipse Award speech handicapping, here’s a look at one man’s opinion as to which connections might victoriously ascend the stage.

Yours truly feels borderline unqualified to vote in this category. I haven’t seen any of the candidates race in person, on television or online. I can interpret past performance lines (although my current ADW balance might disagree), so I will offer an opinion on which horse owns the best credentials. Zanjabeel (GB) won two Grade 1 races and earned the second most money this season. In four starts, he never was worse than second.

Game Winner is a cinch. He was unbeaten in four starts, including three Grade 1 victories. This award will propel owners Gary and Mary West and trainer Bob Baffert to center stage.  They’re certainly experienced connections, but that’s the great thing about the Eclipse Awards…you just never know what might happen!

This is a difficult division to call and the statuette could go to either the connections of Jaywalk or Newspaperofrecord. The former reeled off four consecutive wins, including 2 Grade 1s in the Frizette and BC Juvenile Fillies. The latter raced exclusively on turf and is unbeaten in 3 starts, including the Grade 1 BC Juvenile Fillies Turf. She is a superstar and absolutely dominated foes this season. Can’t wait to see her in ’19. But because US racing is more about dirt than turf, we’ll call Jaywalk as the winner here. That result could send Chuck Zacney and Leonard Green to the stage along with trainer John Servis.

Justify in a romp. Let’s hope all of his connections don’t wish to speak. That would take a while.

Not much drama here, either. Monomoy Girl’s best. Like Justify, she also has a collection of owners, but Michael Dubb might take the mic. Get used to seeing trainer Brad Cox on stage. Chances are he’ll be accepting more of these awards in the future.

Easy call in this division, too, and a chance to welcome the Hronis brothers—Kosta and Pete—to the Eclipse stage to accept Accelerate’s prize. Will be interesting to hear what they have to say, especially with the critical Horse of the Year award still to come. Kosta usually represents. Trainer John Sadler and the Hronis brothers accepted for Stellar Wind’s Eclipse in 2015.

Unique Bella gets the nod here, even though she exited the scene in late July. She won 3 of 4 starts with 1 second and claimed a pair of Grade 1 wins. She’s owned by Don Alberto Stable, a Chilean-based outfit, and is trained by Hall-of-Fame resident Jerry Hollendorfer. Take note: Unassuming ‘Dorf has a surprisingly sharp sense of humor. However, he’s more difficult to coax from his shell than a frightened turtle. We can only hope.

Lean toward Roy H, but the vote could go another way. ‘H won the Grade 1 BC Sprint and the Grade 1 Santa Anita Sprint Championship, as well as the Grade 2 Palos Verdes. He was three-quarters of a length away from winning the Dubai Golden Shaheen and was second to Ransom the Moon in the Bing Crosby, both Grade 1 races. Perhaps squeezed out of an award in this category is BC Mile winner City of Light. His 2018 sprint record isn’t outstanding, so he falls through divisional cracks. Roy H’s stablemate Stormy Liberal won four of seven starts, including the BC Turf Sprint, but his work was done on grass instead of dirt—see Newspaperofrecord.

Marley’s Freedom gets my vote, even though she failed at short odds in the BC F&M Sprint. Rancho Santa Fe residents Ron and Barbara Perry are the owners of Cicero Farms LLC. Ron was described by TDN’s Dan Ross as, “a slick, quick talker who can marry into a dizzying stream of consciousness the seemingly unmarried jargons of the bloodstock and corporate worlds.” Now, that’s a guy I would pay to hear accept an Eclipse award. Bob Baffert trains Marley’s Freedom.

Must I vote for a horse in this division? It wasn’t North America’s finest group. I’ll defeault to Expert Eye, winner of the BC Mile in his only US start. Glorious Empire added to his solid 3-win season with a December Gulfstream score, but he didn’t show up at Churchill for the BC Turf. Catapult had a solid year—2 wins in 4 starts with 2 seconds—but he narrowly lost to Expert Eye in the Mile. ‘Eye is owned by Juddmonte and is trained by Sir Michael Stoute. Would rate those connections as rank outsiders in the race for Eclipse Award speech infamy.

Enable is best. That’s back-to-back category victories for Juddmonte. She’s trained by John Gosden, a class act and a million-to-one odds to hog the mic. Sistercharlie had a super season—4 wins and a second in 5 starts, including 4 Grade 1s. If owner Peter Brant and trainer Chad Brown end up on stage for this one, it will be OK with me.

For me, it’s either Chad Brown or Bob Baffert. I’ll go with the latter because he won the Triple Crown with Justify. Training a Triple Crown winner doesn’t automatically earn an Eclipse, but it helps. What Baffert accomplished with Justify in such a short timeframe was truly amazing.

Pick an Ortiz, any Oritz. We’ll go with Irad, Jr. this year.

Wow! Through 12/2/18 just 24 wins separated the top 7 apprentice riders. At this writing, Edgar Morales and Weston Hamilton lead all apprentices in earnings and wins. The former lost his bug November 16 and the latter still claims the allowance. It’s a coin flip between these two.

Through 12/26, Hronis Racing LLC leads all North American owners with $7,328,575. They also pay feed bills for 2018 BC Classic winner Accelerate and a host of others. It’s easy for me to vote for them as top Owners, especially since I can’t vote for Accelerate as Horse of the Year.

John D. Gunther earned my vote. Through December 2, just 22 Glennwood Farm-bred runners had accounted for 29 wins out of 118 starts--7 of those wins in Graded Stakes and 4 in Grade 1s. Justify is Glennwood’s most celebrated graduate, but the tiny farm also accounted for an additional Kentucky Derby starter in Vino Rosso and a European Grade 1 success in Without Parole. It’s sometimes a difficult choice: vote for major breeders who rack up huge numbers and hundreds of starters, or go with a smaller outfit that enjoyed a sensational season?

Horse of the Year

Justify. If you want to know why, read this: https://www.xpressbet.com/component/content/article/11-xb360/xb-blog/3735-just-the-best