Get Ready to Beat This Host 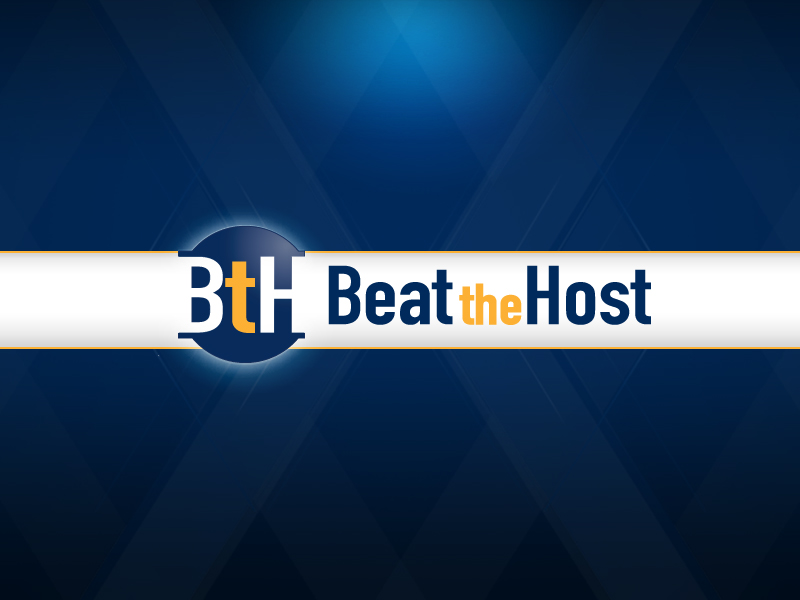 Xpressbet’s popular $50,000 Beat the Host handicapping contest returns this Saturday and the bullseye will be on my back. That’s good news for you as I took the duck last year in the 8 races … if you believe in history repeating itself. But it is bad news for you if you believe in the law of averages, as going 0-for-8 again seems a longshot. As the sports announcers love to say in cliche, “Something’s gotta give!”

Beat the Host is made up of 8 races as selected by the weekly host, divided between Gulfstream Park and Santa Anita. Admittedly, Gulfstream is my weak suit. I’ve tried and tried over the years, but it’s never been a circuit at which I can gain solid comfort.

Santa Anita will almost always present the races that I feel more in tune with in my handicapping. We’re allowed to swing the race pendulum 5-3 in one direction if we choose instead of the even 4-4 split. Wednesday’s entries for Saturday will determine that for me, but if you’re handicapping the handicapper, expect a heavier dose of SA.

But, then again, maybe I’m bluffing to throw you off your game early in the week? Stay tuned. Contest races will be posted at Xpressbet.com by 5 pm ET each Friday.

The 8 weekly hosts this season also include (in order of appearance): Millie Ball of XBTV, Jon White of Santa Anita/Xpressbet, Jeff Siegel of XBTV, Steve Byk of SiriusXM At The Races, Ron Nicoletti of Gulfstream Park, Tom Quigley of Santa Anita and Eddie Olcyzk of NBC Sports/Xpressbet. That I’m batting leadoff obviously is not an homage to the baseball tradition of putting your fastest player at the top of the scorecard.

With Beat the Host, it’s strictly about the $5 win bet each race that actually gets put into your wagering account. The real money counts as well as how those dollars stack up vs. the host for contest purposes. But we’re not talking about horses who might hit the board, just strictly winners; and that changes the handicapping dynamic.

I’ll be much less interested in horses running against the apparent race shape than I normally would be. If the race looks like a speed-player’s paradise, a talented closer won’t be on my radar …. rallying along for second or third matters not. And, of course, the flipside in terms of pace.

But I won’t have the luxury of seeing how the track plays, weather changes, hot connections or even the common courtesy of seeing the toteboard. You’ll know my bankroll total, my bets and how much they’ll pay as post time approaches. You get to fire at that $34 horse when you’re $32 behind. All the advantages truly are in the players’ corner vs. the host.

Maybe that’s all true. Or, maybe I’m giving you my best Lou Holtz speech early in the week, telling you how much mighty Notre Dame fears their opponent from Northwest Valley Tech this Saturday?

Then again, you have last year’s record to go on. And it was very much Northwest Valley Tech.

Sign-up now to get in the game or to learn more about the contest: https://www.xpressbet.com/beat-the-host