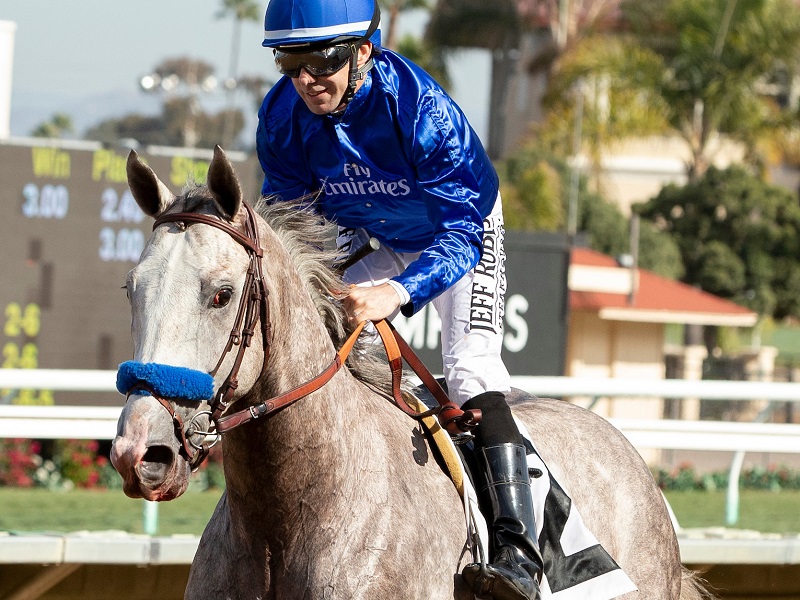 Racing fans are in for a treat this weekend as two of the bigger names on the Triple Crown Trail – Coliseum and Code of Honor – are both in action Saturday.  Code of Honor kicks off his ‘Road to the Roses’ in Gulfstream’s $100,000 Mucho Macho Man Stakes, while Coliseum kicks it into high gear for Bob Baffert in Santa Anita’s Grade 3, $100,000 Sham Stakes.

Also on tap this weekend are four other stakes races for three-year-olds including the $100,000 Kittens Joy on the lawn, featuring Henley’s Joy, and the $100,000 Ginger Brew for fillies, starring Pivottina.  In addition to the Sham, Santa Anita’s Saturday card includes the G2 San Gabriel Stakes.  My colleague, Jeremy Plonk, took a look at that race in his weekly Xpressbet Race of the Week analysis.

On the tournaments front, I highly recommend checking out our $50,000 Beat the Host tournament.   It’s free to register and only costs $40 a week in wagers to play.  Take on expert handicappers like Jeremy Plonk, Millie Ball, Jon White and Eddie Olczyk to win $2,500 every Saturday in January and February.

Plus, for those looking to go to the NHC, you can play in Santa Anita’s NHC Super Qualifier online with Xpressbet.  An NHC Seat will be awarded for every 15 registrants.

But enough of the commercials – here’s a look at the Sham and Mucho Macho Man!

Of this weekend’s top two Triple Crown Trail races, the Sham has a little more direct bearing on the Kentucky Derby as qualifying points are on the line for the top four finishers.  And that makes sense.  Past winners of the Sham include Goldencents, Bob and John, Colonel John, Tapizar, Gormley and McKinzie and nearly all went on to either bigger and better. Past Sham place/show finishers include Empire Maker, Giacomo, Secret Circle and Borrego.

As is the case with most California races, Bob Baffert leads all conditioners with five prior wins, including the 2018 edition with McKinzie.

Coliseum drew really well in PP5 and that’ll allow Joe Talamo to read the break and ride accordingly.  He should be forward placed, but he doesn’t strike as a ‘need the lead’ type of runner.  He’ll be in the top flight, but wouldn’t’ be surprised if he sits just off Savagery early, who adds blinkers and has plenty of early foot.  Gunmetal Gray won’t be as far out of it as he was in the Breeders’ Cup and perhaps he’s more of a grinder that wears down horses.  He may not have the natural ‘spurt’ of a closer, so for now I’ll use him underneath.

Originally contested as the Gulfstream Park Derby and renamed in 2015 the 2013 Breeders’ Cup Classic winner, the Mucho Macho Man Stakes has frequently catered to stretch-out sprinters that ultimately had little impact on the Triple Crown races.

2013 winner, Itsmyluckyday, is probably the most notable alum as he used this race as a springboard to a victory in the G3 Holy Bull, and runner-up performances in both the G1 Preakness and G1 Florida Derby.  Another notable runner was 2014 runner-up Wildcat Red.  He went on to win the G2 Fountain of Youth, finish second in the G1 Florida Derby and ultimately run 18th in the Kentucky Derby.

I’m going to bet that Well Defined goes straight to the lead, but my hope is that Gladiator King, who won the 6-furlong Inaugural Stakes at Tampa last out in nearly gate-to-wire fashion, keeps him company from the outside.  That would set things up perfectly for the off the pacers, including Mihos and Code of Honor, who probably doesn’t have the early foot of some of these despite wiring a field on debut.  Garter and Tie would need a complete pace breakdown, but worth noting he has already defeated Well Defined.