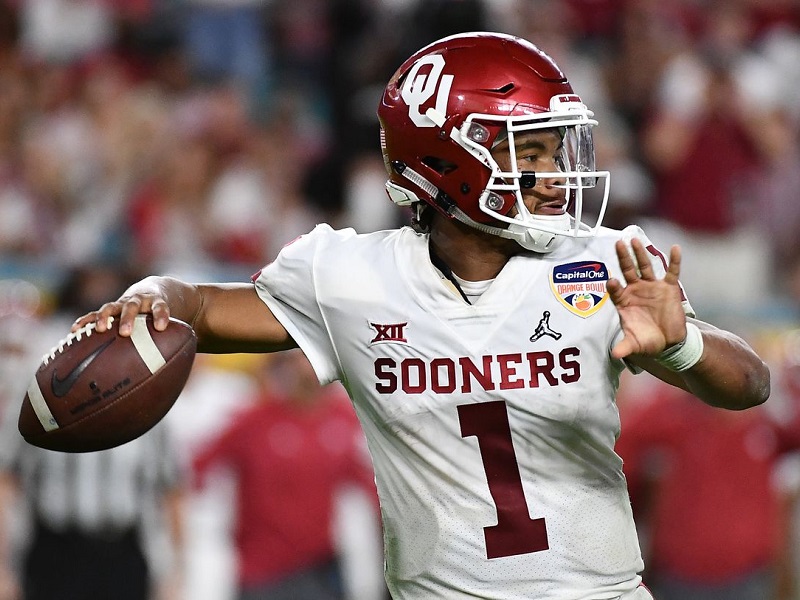 Few of us will ever know what it’s like to be Kyler Murray. For the non-sports fan, he’s the reigning college football Heisman Trophy winner from Oklahoma who this spring also was made the No. 9 overall pick in the major league baseball draft by the Oakland Athletics. Oh, to be so young, so gifted and so financially set for life.

Talks heated up this past weekend between his agent and league officials whether Murray would choose to pursue a career in professional baseball, football or possibly both. While there are pros and cons to both, the mere discussion of them kept ringing a bell for me on one side of the debate. As a lifetime professional in the horse racing industry, I could not help but think how similar we are to baseball.

Football remains king in the American sports landscape with professional basketball a clear and distant second. Baseball, which once ruled the roost during simpler and slower times, has lost some of its cerebral connection with a society that can’t go 10 seconds in line at Walgreens without checking its phone for scoring updates. Once upon a time, baseball, boxing and horse racing had its grip on Americana and the legendary storytellers of its time like Red Smith.

But times have changed. Baseball has fallen to No. 3 in the professional pecking order, while boxing and horse racing have become niches that aren’t even atop their broader niches. MMA has more hip and social pull than boxing among the fighting sports, and NASCAR literally has passed the ponies among those entertaining around ovals at high speeds. If you want to take the horse racing is a gambling industry and not sport, the regional casinos have swept the business landscape and sports betting is about to produce a tidal wave.

The discussion of racing’s slippage on the national landscape has been made many times before and the comparison to baseball and boxing is nothing new over the past few decades. In actuality, it was the recent, nuanced discussion of Murray’s individual future in football or baseball that kept ringing bells with me as a horseplayer and industry guy.

For Kyler Murray, his decision of baseball or football comes down to a few very common refrains that we know all too much about: patience, tolerance and reward. Baseball will require far more patience and tolerance, while the reward is a two-fold situation.

Drafted baseball prospects go through the minor league system, spending long days and nights on buses and playing in front of 500 fans. In a regular scenario, Murray would need to display at least 2-3 more years of patience before seeing a major league opportunity in baseball. In football, he’s on an NFL roster before the first snap of the first preseason game and practicing alongside future Hall of Famers. He’s back slinging a football (or even holding a clipboard) in front of 75,000 fans from the start.

Not only does baseball require far more career patience than football, but it’s also a game that requires a tremendous amount of mental tolerance. Great baseball players will fail 7 of 10 times, even in the lower minor leagues, trying to bat around .300 and earn a call up to the next level. Baseball teams will lose 60-80 times per season in the minors, all the way up to an astounding 115 losses for the Baltimore Orioles in MLB a year ago. Baseball is a game predicated on failure, where success just over 50/50 makes you a good ballclub and over 30/70 makes you a valued individual. Consider that, as a star football QB, Kyler Murray completed just a tick below 70/30 of his passes and has been a 90/10 team winner his entire life. A good day at the ballpark is 180 degrees different than a good day on the gridiron. He’ll get 4-5 at bats a day to prove he’s worthy of the major leagues in baseball, where football will allot him 20-30 pass attempts per game before people start thinking he can or can’t play at this level.

And finally, there’s the reward factor. Mentally, what makes him happiest? And financially, which profession will pay him the most bang for his buck? Murray has been on the record saying that he enjoys baseball, but there’s nothing like those Texas Friday Night Lights of his high school championship days or an autumn Saturday on the football field. In order for baseball to become more rewarding for him, the A’s will have to sway him financially in a way that an NFL team may not.

You see, the story of Kyler Murray is one to which we in horse racing absolutely can relate. We’re in a traditional American sport that must conjure up a way to compete with more mainstream influences. Fighting to hold some position in a society that’s moving away from our core provides a mammoth challenge. Other games are faster, more powerful, more instantly gratifying. Patience and tolerance are two things further fleeting from society. Rewards are not only expected in our society, they are entitlements. That’s not me talking; that’s the culture.

Horse racing must figure out ways to alleviate its customer base’s need for patience, lower their tolerance for losing, and, all the while, provide competitive rewards (emotionally and financially). It may sound like a tremendous burden, but the answers blare off the page. You solve these problems with more frequent bets (patience); easier bets to cash (tolerance); and lower takeout with improved kickback programs (rewards).

Kyler Murray got a $4.66 million signing bonus this spring to play major league baseball, but opted to put it off in order to play another season of collegiate football. Now, unless the A’s put up substantially more money, his improved football draft stock figures to change his career path. Football offers him a career requiring less patience, less tolerance for failure and more mental and, likely financial, rewards.

Not every potential horse racing customer comes to the track looking like Kyler Murray; that’s for sure. But they all come from the same society that’s telling us they want things faster, easier and more rewarding to their personalities and wallets.