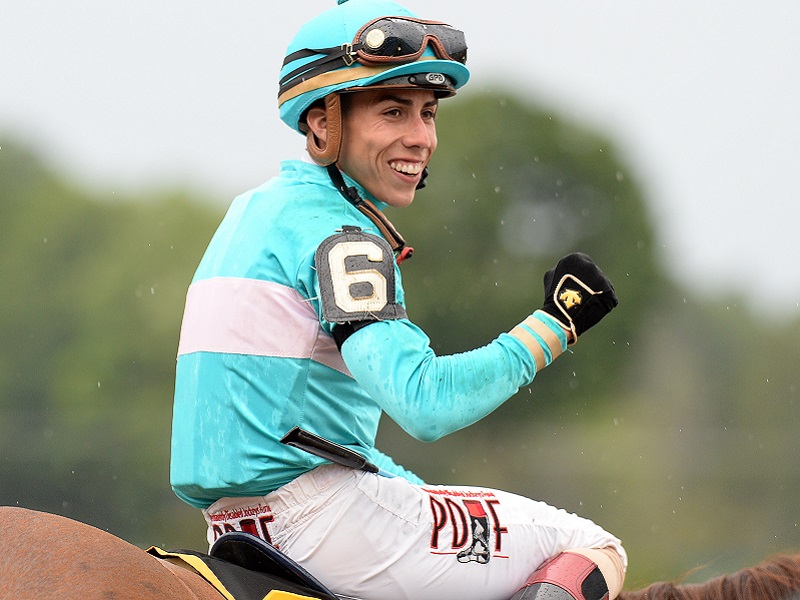 The old guys still have something to offer in the saddle, but there’s a solid youth movement going on atop the national jockey standings. Nine of the top 16 riders in terms of mount earnings in 2018 were in their 20s, including the highly visible Ortiz Brothers at No. 1 and 2.

What Jose (age 25) and Irad Ortiz, Jr. (26) are doing is horse racing’s version of the early careers of tennis’ Venus and Serena Williams. But the boys have quite a few ‘Grand Slam’ titles to accumulate before they get mentioned seriously in that kind of conversation. The Williams Sisters have 30+ Grand Slams, after all. Irad has a Belmont Stakes and five Breeders’ Cup scores in his growing trophy case. Jose has a Belmont, two Breeders’ Cups and an Eclipse Award.

But in the confines of horse racing, the Ortiz Brothers are the undisputed leaders of the current youth movement among jockeys. Not only were they 1-2 in the national money chase last year, they were $4 million-plus ahead of the next-closest jockey, 41-year-old Javier Castellano. Veterans like Castellano aren’t going away just yet. The national starpower lost Gary Stevens to retirement in recent months, but still boasts the ageless Mike Smith (53) and John Velazquez (47). Kent Desormeaux doesn’t ride what he once did, but is still a Top 40 rider in the national standings nearing his 49th birthday.

On Saturday at Fair Grounds, Tyler Gaffalione (24) took another small step toward his ascension in this conversation and industry. The Grade 3 Lecomte Stakes isn’t scrapbook material in a Hall of Fame career, but finding a potential Triple Crown contender absolutely can fast track you to recognition. Gaffalione may have that with War of Will, an impressive winner in New Orleans for Mark Casse. No one will jump the gun and declare War of Will the next great horse, nor Gaffalione the heir apparent to Mike Smith. But guys like Calvin Borel and Victor Espinoza had outstanding careers advanced to Hall of Fame status by massive amounts of success in the Triple Crown. It matters to win here.

Getting that big horse is the next natural step for Gaffalione, as he’s proven he can be a leading rider at major meets like Keeneland and Gulfstream Park. Obviously success in New York or California also comes as requisites to lead this industry. But being the leading rider in New York means unseating not one, but two Ortiz kin. And in California, Flavien Prat (26) doesn’t look to be going anywhere soon as the west’s top dog. Veteran star Joel Rosario has ventured to the coast this year, so we’ll see if he’s able to unseat Prat before thinking it can be done by another 20-something.

The Ortiz Brothers, Gaffalione and Prat are less than half of that youthful nine-pack mentioned that shared the national Top 16 standings for earnings last year. It also included Manny Franco (24), Luis Saez (26), Ricardo Santana Jr. (26), Drayden Van Dyke (24) and Dylan Davis (25). This is an amazing group of nine riders all aged 24-26, so close together in experience and potential for decades of peer dominance. They are slightly beyond the age where you wonder if they’re too young for success. These are young men, not teenagers and college-aged guys who may not handle success as well. Some are husbands and fathers. There’s not a lot of negative press about them off the track.

It’s interesting that there was a six-year spacing in age between Smith to Velazquez to Castellano. Yet, they’ve stood the test of time together and remain the sport’s three biggest big-race riders to date. But this current youth movement has the brothers a year apart and nine leading riders all within two years of age. That’s remarkable and could set the table for a long and promising run. There are some quality riders in their 30s (the aforementioned Rosario, Florent Geroux, Julien Leparoux, Junior Alvarado among them), but it seems highly plausible the torch of this sport will be passed not 6 years apart in age this time, but closer to 15 or 20. And that next generation of leading riders will be around for a long, long time.