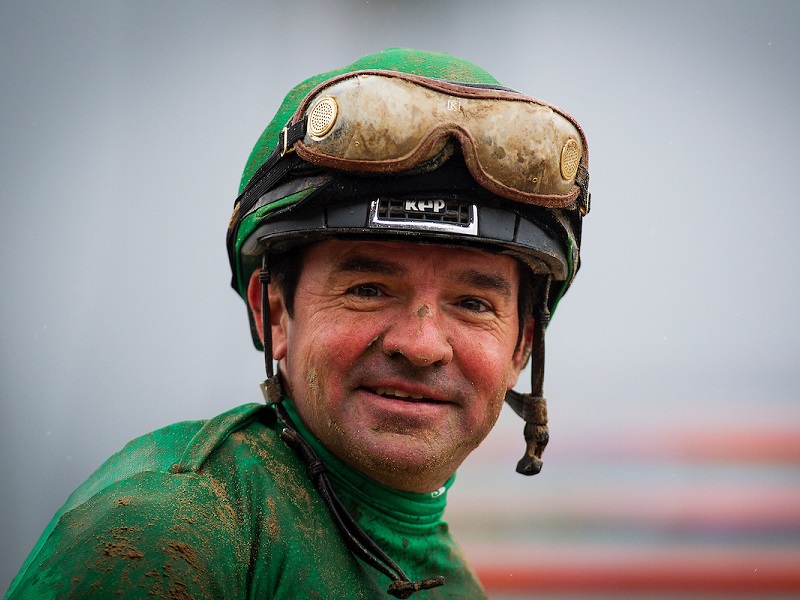 To baseball fans in San Francisco, Barry Bonds may rate as iconic to a generation as Babe Ruth. Those torn between Wilt Chamberlain, Michael Jordan and Lebron James often are separated by age and geography as much as they are points and championships. Greatness, you see, comes with a heavy dose of personal perspective.

Kent Desormeaux won his 6,000th career race Sunday at Santa Anita. The 2004 Hall of Fame inductee boasts seven Triple Crown wins and a trio of those coming in the Kentucky Derby. He’s No. 16 on the all-time wins list and No. 6 in mount earnings. Those credentials assure Desormeaux a place among the all-time greats in the printed word.

But among the back talk in the racing press and vicious world of social media, Kent Desormeaux more often is characterized for his missteps than his milestones. Issues with alcoholism and reliability have painted a good portion of his career in an unfortunate manner. The events are the events, and how people perceive you most often is a product of both them and you. So there’s truth to the furrowed brows when it comes to Kent Desormeaux.

But it also matters as much when you came along, and where you came from, when it comes to how you view Desormeaux.

Kent Desormeaux and I share moments in time that are difficult to break. A year apart in age, I got to see his career ascension up close and a coming of age that mirrored my own. From his arrival in Maryland full-time in 1987, we were teenagers loving a game reserved for folks our fathers’ and grandfathers’ ages. True, I was just a horseplayers’ son deep into the practice myself, roaming the apron and trying to photo bomb winner’s circle pictures. Desormeaux, well, he was setting the Maryland racing scene and record books on fire.

They called him “The Kid” during those years in Maryland. Part of it was his young age; but mostly because people in the Mid-Atlantic were clueless to Cajun pronunciations of his Louisiana roots. Desormeaux? Are you kidding? “The Kid” was easier. Back then feeble attempts at his name in Maryland settled on “DESSER-mo” though you even got an occasional railbird further off the mark with “DESSER-mex.” I don’t recall him becoming the actual “de-SORE-mo” during those years.

Desormeaux dominated my high school years in Maryland before heading to California in 1990. That was the same year I left the region for college in Oklahoma. Simulcasting would soon become a thing and I could follow Desormeaux’s success out west while playing at Remington Park. In prior generations, when a Maryland riding great like Chris McCarron left town for richer prizes, you only could follow them in the Triple Crown-type races … or whatever preps Jim McKay spun on Wide World of Sports.

As my career took hold in racing and Desormeaux’s continued to rise, I was fortunate enough to work his first Kentucky Derby score in 1998 with Real Quiet. I was there again 2 years later with Fusaichi Pegasus and again in 2008 when Big Brown delivered. None of those were “my” horses, per se; in fact, I bet against all three. But each time Desormeaux won, I took some pride in him being “my” rider over the course of our lifetimes.

Kent Desormeaux certainly has had his share of problems in and out of the saddle. If you’re under the age of 35, you’re probably more in tune with those than his superstardom. And if you live in New York or Florida or Kentucky and play the horses regularly, it’s easy to recall the social media moments of discontent as much as the talent displayed.

Those who follow Maryland and California know better. They may not be any less frustrated with how some things turned out, but they are far more forgiving. The way we perceive the greats often are rooted in time and place. If Kent Desormeaux was never your guy, you may not get that. But think of your favorite athletes in any sport. I’ll bet they and their memories immediately take you to a time and place that’s near and dear.