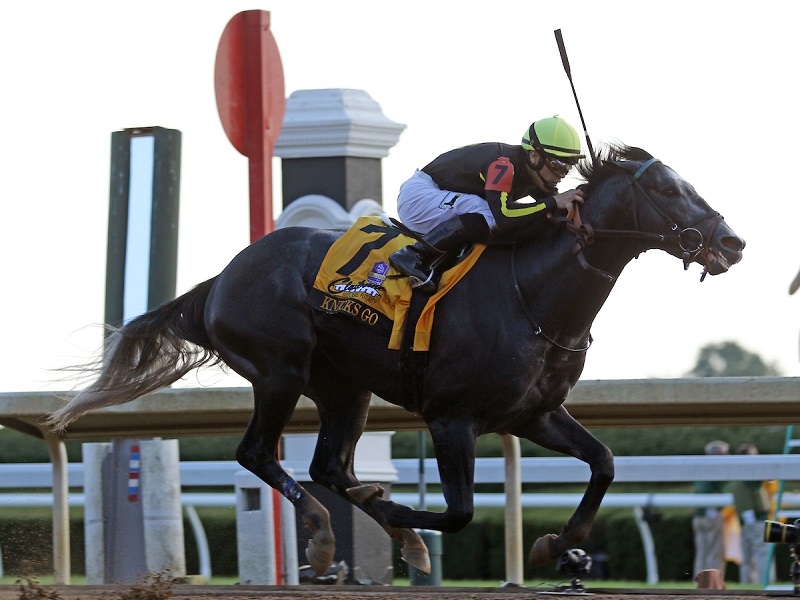 Last weekend was Santa Anita’s time to shine (weather notwithstanding) as they featured a monster Saturday card showcasing top older horses like McKinzie and Battle of Midway, stellar sophomores in the form of Mucho Gusto and Gunmetal Gray and a massive Pick 6 Mandatory Payout that captivated bettors from around the world.

This Saturday is Florida’s moment in the (hopefully literal) sun.  Saturday’s action at Gulfstream is headlined by a potentially massive Rainbow 6 Mandatory Payout.  The carryover into Thursday’s race was $1,342,034 and if that goes unclaimed before Saturday everything will be paid out then.  Plus, Saturday’s Gulfstream card features a pair of stakes – the Grade 3 Suwannee River and the ungraded El Prado.  First post is 12:00PM ET and the Pick 6 starts with Race 7 at 3:07PM ET.

Not to be outdone or overlooked, the folks at Tampa Bay Downs have also put together a fine card Saturday, featuring four stakes races, headlined by the Grade 3 Sam F. Davis Stakes, a key prep race on the path to the Kentucky Derby.

Here's a quick rundown of the horses I'm using on my ticket for Gulfstream's Mandatory Payout Rainbow 6 on Saturday.

Kentucky Derby Points are up for grabs in the Sam F. Davis Stakes Saturday at Tampa Bay Downs.  The headline horse is Knicks Go (pictured above), who was the shocking 70/1 winner of the Grade 1 Breeders’ Futurity at Keeneland in October and he followed that race up with a runner-up performance in the Grade 1 Breeders’ Cup Juvenile at Churchill.  He faces stiff competition in the ‘Davis, including likely pacesetter Well Defined and Todd Pletcher’s So Alive.  Bet the Sam F. Davis as Race 11 Saturday, at 5:25PM ET.

Plus, the Sam F. Davis is part of our Money-Back Guarantee on the Preps promotion.  Make a $10 Win bet on the race and we’ll refund it if your horse finishes 2nd or 3rd.

We’re offering a 1 Million Point Split on Saturday’s Late Pick 4 at Tampa Bay Downs.  The sequence gets underway with Race 9 (4:22PM ET) and includes the Grade 3 Sam F. Davis, the Grade 3 Endeavour and the Suncoast Stakes.  Make a winning bet on the Late Pick 4 to Split 1 Million XB Rewards Points!